THE OVERWHELMING trend in Czech politics in 2010 is what political analyst Jiří Pehe calls a “voters’ revolution,” even if that revolution remained stillborn at the ballot box. 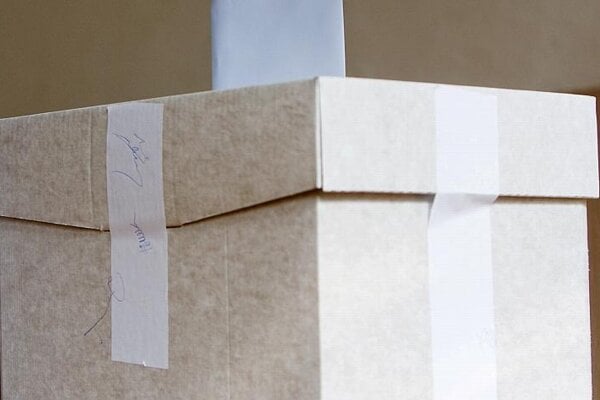 THE OVERWHELMING trend in Czech politics in 2010 is what political analyst Jiří Pehe calls a “voters’ revolution,” even if that revolution remained stillborn at the ballot box.

The year began under Prime Minister Jan Fischer’s caretaker government, which stayed in office for more than a year following a botched attempt at calling early elections in October 2009. The apolitical nature of Fischer, former head of the Czech Statistical Office (ČSU), offered little for citizens to get excited about, that is until the government’s final weeks which saw ministries push through a series of major, but completely disconnected, spending projects – including a Kč2.6-billion (around €104 million), 25-year contract to renovate and manage a military hospital that was signed one day before general election voting began May 28.

In that election, public anger at the political status quo erupted, with the country’s two largest and most-established parties, the Civic Democrats’ (ODS) and Social Democrats (ČSSD) shedding votes to newcomers.

“Between the two of them they lost 1.3 million voters,” said Pehe, a former aide to President Václav Havel, and now director of New York University in Prague.

While the poll saw the ČSSD take more votes than any other single party, it was more notable for the rise of two nascent political parties – the right-leaning TOP 09 and the populist Public Affairs (VV) party.

The election marked the first time ever that the ODS failed to take the most votes in Prague, losing out to TOP 09, and the party founded by President Václav Klaus would lose again in the capital during October local elections. Still, political manoeuvring has allowed the ODS to keep control of bother the premiership (Prime Minister Petr Nečas) and mayor’s seat (Bohuslav Svoboda).

Much like elsewhere in central Europe, the Nečas government – comprised of an ODS-TOP 09-VV coalition – quickly set about slashing public spending. This included doing away with the Human Rights Ministry altogether. After downgrading former minister Michael Kocáb’s portfolio, Nečas and allies forced Kocáb out of office completely in September. That post, as head of the government commission on human rights, remains vacant and the commission has not met in months.

A November visit by the human rights commissioner from the Council of Europe saw the
government again under the microscope for its policies towards the Roma minority. This time, the Council noted that virtually nothing had been done to address the findings of a 2007 European Court of Human Rights ruling that Czech schools systematically diverted Roma children into special education classes, often when it wasn’t needed.

The aforementioned local elections in October were paired with a vote to fill one-third of the seats in the senate. That vote saw the ČSSD secure an overall majority in the upper house of parliament for the first time ever and also led to an ODS-ČSSD grand coalition in Prague City Hall.

But the country’s old guard politicians proved otherwise and after weeks of negotiations, the ODS and ČSSD cobbled together a deal to maintain control of the capital, joining forces to keep the newcomers out office.

“The ODS is convinced that TOP 09 is its main political rival and needs to be weakened as much as possible,” said political analyst Bohumil Doležal, who once served as an advisor to Klaus when Klaus was prime minister.

“It’s true this voter revolution has not produced change,” Pehe said. “The old parties did not learn a lesson, especially the ODS. The question is whether they are not digging their own grave.”

Again, public anger boiled over with a massive street protest in early December on the day the new City Assembly officially took its seats. Havel himself appeared at the session to voice his disapproval of the ODS-ČSSD alliance.

Less than 36 hours after taking office in City Hall, the grand coalition’s first corruption scandal broke, with a video surfacing where one ČSSD official offered Kč100,000 (about €4,000) to another for supporting a politician who was on the City Council. That councilman has since resigned, though he vows to return once his name is cleared.

“The reason [the coalition] was put together was to preserve certain networks and corruption,” Pehe said. “One should not be surprised.”

Such opinions are proving to be widespread.

“The reason behind the coalition was to maintain influential groups in their positions so they could keep their influence,” said Vladimíra Dvořáková, director of the political science department at the University of Economics Prague.

Continued budget cuts at the national level spurred a nationwide general strike from public sector unions on December 8, with labour leaders and the political opposition voicing displeasure at both the policy and manner of the Nečas government.

“It always takes time, but I sense a movement in Czech society,” Pehe said. “We don’t know yet where that will lead.”

Benjamin Cunningham is the editor-in-chief of the Prague Post.