A common but contentious history

CENTRAL Europeans like to believe – and historians often confirm their beliefs – that pain has always been part of this region of the continent, which had to struggle most of the time for its own identity, squeezed between the East and the West. The Czech Republic, Slovakia, Hungary and Poland, sometimes self-perceived as allies in order to be the ‘significant other’ for one another, continue to carry historical baggage that divides as well as unites. History that unites The Visegrad countries do have some common historical experiences, said historian István Kollai, a deputy director of the Hungarian Cultural Institute in Bratislava, at the start of an interview with The Slovak Spectator. 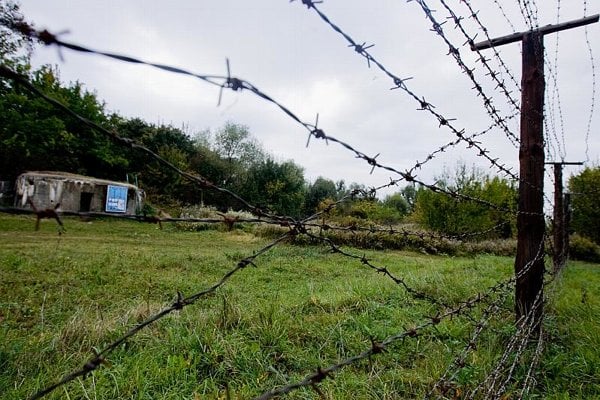 CENTRAL Europeans like to believe – and historians often confirm their beliefs – that pain has always been part of this region of the continent, which had to struggle most of the time for its own identity, squeezed between the East and the West. The Czech Republic, Slovakia, Hungary and Poland, sometimes self-perceived as allies in order to be the ‘significant other’ for one another, continue to carry historical baggage that divides as well as unites.

The Visegrad countries do have some common historical experiences, said historian István Kollai, a deputy director of the Hungarian Cultural Institute in Bratislava, at the start of an interview with The Slovak Spectator.

“However, these experiences are rather general phenomena such as the shared experience that they all had from being ruled by Western, Eastern or Southern (Ottoman) empires,” Kollai said.

According to Roman Holec, a historian from Comenius University in Bratislava, the countries are obviously located in a common geopolitical space which traditionally has been a buffer territory, a place where power interests of the West and the East had clashed as well as a symbolic edge of Europe beyond which traditionally inscrutable regions and countries were located – such as Russia and the Balkans.

“The efforts to retain their independence or simply survive in this space are common for all four countries, but that is also perhaps the last thing that connects them,” Holec told The Slovak Spectator, noting that there are examples of good bilateral relations between some of the countries, such as between the Czech Republic and Slovakia or Hungary and Poland but also rather somewhat bitter relations, such as between Slovakia and Hungary.

Both historians agree that the reality for all four countries is that their interests and ideas about their role in the region and beyond it differ very much.

“The common moments in history rather divide all the countries and their cooperation is often rather pragmatic than conceptual,” Holec said, pointing out as an exception Slovak-Czech relations where the peaceful separation in 1993 did not detract from their good mutual relations.

Holec said that central Europe can be seen as a region with “too much history” – which complicates relationships, noting that historical burdens exist in all four countries – with some seeing unfulfilled ambitions (Poland), others being traumatised by their losses (Hungary), and others suffering from historical inferiority complexes and fears (Slovakia and the Czech Republic).

“Count in the ever-cultivated 19th century nationalism, which also is a legacy of the past, and we’ve got the troublesome character of the region in hand,” Holec said, adding that although there are attempts to get the countries to cooperate and focus on their common interests, over-indulgence in spotlighting the past and mutual wrongdoings still divides them.

Holec stated that all four countries of the Visegrad Group tend to seek ‘profit’ from their past sufferings – be it oppression or occupation by another state, mass slaughters, or being the victim of games played by super-powers – they even turn their suffering into a mantra. Holec noted that Slovaks have cultivated a stereotype of their own ‘dove-like character’ which does not permit remembering any part of the slaughter of their own fellow citizens before and during World War II.

“That leads to the search for excuses: ‘other criminals’, pressure from outside, or simply silence,” Holec said. “These countries are missing the much-needed and liberating self-reflection of their own past failures and that is also something that connects them in a way. But it is just another counter-productive moment and a ‘skeleton’ which regularly keeps falling from the closets of their histories.”

According to Kollai, the nation-building programmes that the four nations elaborated from the mid-19th century were often based on defining their nation against others, especially the neighbours.

“Before World War I, Hungary played, or often just tried to play, a dominant role on the regional level,” Kollai said. “This dominance left negative elements not only among the Slovaks but also, for instance, in Czech historical consciousness.”

Kollai said that after World War I all the current Visegrad Group nations focused solely on their own problems and needs and in attempts to win ‘justice’ for their own nation often harmed another, noting that these are the memories that burden bilateral relations between, for instance, Slovakia and Hungary even today.

The legacy of the breakup of the Hungarian Empire, which occurred under contentious circumstances because of World War I, has continued to haunt the countries of the region in the decades that followed and still makes the relationship between Slovakia and Hungary the most problematic in the region.

“However, the success of the latter has been to a large extent built upon the failure of the first,” Holec said. “On top of that, they both like to compare themselves to each other. And if Hungarians on the one hand find it hard to see that at the start of the 21st century Slovaks are more successful, even economically, Slovaks seem not to have grown enough mentally into recognising the state they have achieved. If the former suffer from traumas and cultivate various illusions, the latter still have their historical complexes as a ‘small history’ and a pointless fear of its traumatised neighbour. This serves as soil for nurturing nationalism, which in turn serves as a fertiliser for its own recycling.”

Kollai added that bilateral relations between Hungary and Slovakia also tend to be unstable because politicians on both sides of the Danube tend to deny the basis of the other country’s nation-organising principle.

“Slovak political life is liable to behave as a pure nation-state, despite the existence of a considerable regional ethnic [Hungarian] community accounting for 10 percent of the whole population,” Kollai said. “Hungarian political life operates within the terms of a ‘cultural’ and ‘political’ cross-border nation which may sound like a gloomy and suspicious expression to Slovak ears. This existing dichotomy between the underlying principles makes the echo of the nationalist activities so strong.”