VISEGRAD Group member states continue to present their region as an attractive tourist destination and the scope of their joint initiative – branded as European Quartet, One Melody – has been further extended. Earlier this year, national tourist boards travelled as far as China, India and the USA to promote the region, which comprises Poland, the Czech Republic, Hungary and Slovakia. India was identified as a prospective market and the marketing plan of national tourist boards of V4 member countries for 2011 includes strengthening the V4 presence there. 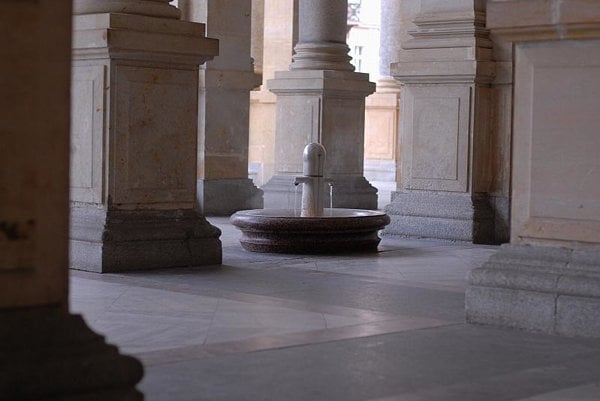 VISEGRAD Group member states continue to present their region as an attractive tourist destination and the scope of their joint initiative – branded as European Quartet, One Melody – has been further extended. Earlier this year, national tourist boards travelled as far as China, India and the USA to promote the region, which comprises Poland, the Czech Republic, Hungary and Slovakia. India was identified as a prospective market and the marketing plan of national tourist boards of V4 member countries for 2011 includes strengthening the V4 presence there.

“In 2010 we selected the markets of the USA, Japan, China, Russia and for the first time also Brazil and India to showcase central Europe as a tourist region,” Emilia Kubik, senior specialist at the marketing planning department of the Polish Tourist Organisation, told The Slovak Spectator.

“We focus mostly on promotion of cities and cultural tourism in all of these markets. A special product for the Russian market is spa and wellness products, while for the US and Brazilian markets it is Jewish heritage. Most of the initiatives that we jointly carry out are strictly B2B (business-to-business) activities.”

2010 was the year of the joint entry of V4 countries into the Indian market, with the first-ever V4 exhibit in SATTE New Delhi, the leading B2B platform, and Mumbai.

“This market is very promising for the region of central Europe and V4 countries have a product with which they can address potential Indian tourists,” Lívia Lukáčová, the head of foreign relations at the Slovak Tourist Board (SACR) told The Slovak Spectator. She added that a road show was held in five Indian cities (Delhi, Mumbai, Kolkata, Bangalore and Chennai) followed by an info tour for Indian tour operators and cooperation with Indian media.

“The Polish Tourism Organisation, in cooperation with the Visegrad Group, has organised a road show in Beijing and Canton, “ Roman Gozdzikowski, marketing manager at the Polish National Tourist Office in London told The Slovak Spectator, adding that the Polish National Tourist Office has participated in two events organised under the V4 banner in Ireland. The first event, held in May at the Czech Embassy, focused on the tourism potential of central European spas, and the other event, held on October 19 at the Slovak Embassy in Ballsbridge, focused on winter holidays.

“In 2010 we have observed increasing interest in such products as spas, Jewish culture and UNESCO heritage sites,” Gozdzikowski said, adding that cooperation with other V4 members in the tourism sector has been very successful.

The national tourist boards plan to continue joint promotion of the V4 region in overseas markets.

“In 2011 the presentation will be extended with the market of Brazil, where in 2010 we carried out a survey among Brazilian tour operators to find out their interests,” Lukáčová of SACR said, adding that next year V4 countries will spend €100,000 more on joint promotion. “In 2011 we will also launch a new European Quartet corporate website focused on presentation of our joint activities and projects.”

All V4 countries have felt the effects of the global economic crisis on their tourism sectors, but some have been hit harder than others.

“Poland’s tourism industry appears to be quite resilient, flexible and can quickly adapt to new challenges and the needs of the market,” Gozdzikowski said. “Therefore Polish tour operators were pretty quick to launch alternative products. Poland has always been attractively priced for UK tourists, so we didn’t feel severe effects from the crisis.”

The Hungarian tourism industry was facing hard times but is on the way to recovery, according to Márk Kincses from the Hungarian National Tourist Office.

“Business tourism has dropped and leisure had to set new, less optimistic targets,” Kincses told The Slovak Spectator. “But lower occupancy levels resulted in strong competition and much lower rates, so from the tourist perspective Hungary became a destination where high-quality services are available for favourable rates – [meaning] excellent value for money.”

Slovakia, according to Lukáčová, registered a significant drop in the number of tourists from its main markets, i.e. the Czech Republic, Poland and Hungary. The impact of the crisis has been worsened by Slovakia’s adoption of the euro, which coupled with the weakening currencies of neighbouring countries made Slovakia a relatively expensive destination.

Lukáčová believes that the situation is now improving across the whole V4 region, and all four countries are reporting an increase in the number of visitors from the Russian Federation.

“During the first half of 2010 the V4 countries registered an increase in visitor rates compared with the same period of 2009,” said Lukáčová, adding that based on preliminary information this growth should also continue in the winter season.