THE RULING coalition parties have completely halted the use of public-private partnership (PPP) projects to construct highways in Slovakia. On December 13, Transport Minister Ján Figeľ responded to pressure from other coalition partners who see this method of highway construction as too expensive by cancelling the third PPP project that had been negotiated by the previous government to build and operate parts of the D1 cross-country highway. 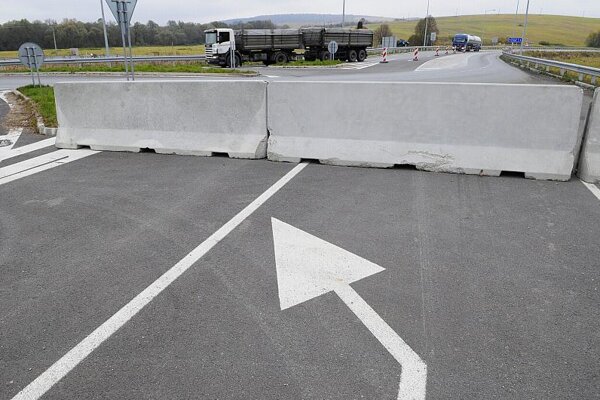 PPP projects for road construction are out of favour. (Source: TASR)
Font size:A-|A+0

THE RULING coalition parties have completely halted the use of public-private partnership (PPP) projects to construct highways in Slovakia. On December 13, Transport Minister Ján Figeľ responded to pressure from other coalition partners who see this method of highway construction as too expensive by cancelling the third PPP project that had been negotiated by the previous government to build and operate parts of the D1 cross-country highway.

Žilinská Diaľnica, a consortium led by the German company Hochtief, was the concessionaire to design, build and operate about 30 km of D1 highway between Hričovské Podhradie and Dubná Skala near the city of Žilina under the third PPP package. Of the three PPP agreements, the third package was the most technically demanding as it included an almost 7.5-kilometre tunnel between Višňové and Dubná Skala. Even though the PPP was cancelled, the government said that construction of this stretch of highway should start in 2011, beginning with the Višňové tunnel.

Instead of PPP projects and money from private investors, the government of Iveta Radičová plans to construct the missing sections of the highways using state resources and EU funds. Figeľ stated that the EU is the cheapest source of funds for building highways but that in future new PPP projects for highway construction will also be announced.

The head of the Freedom and Solidarity (SaS) party Richard Sulík claimed that cost of constructing the highways sections covered by the third PPP package could be reduced by more than €3 billion, according to the SITA newswire. Sulík said there is space to cut the costs from €6.8 billion to €3.7 million.

The decision to scrap the third package was made even after the Žilinská Diaľnica consortium made an offer to reduce its price by about 20 percent.

In early September Figeľ cancelled the first PPP package which had been prepared for the construction of five stretches of the D1 covering 75 kilometres between Martin and Prešov. Even though a tender had resulted in the selection of a consortium to execute the project, the PPP was terminated after Figeľ decided not to extend the deadline for closing the project’s financing. His decision prompted cries of despair from leaders of the previous government who had advocated PPPs as the best method for advancing Slovakia’s highway construction as well as from the consortium of firms that had won the concession.

The project that Figeľ terminated had been in the works since early 2009. It was to have been completed by a consortium involving the Slovak construction firms Doprastav and Váhostav-SK.

Figeľ argued that the deadline for financial closure on the project had already been extended six times and that it was finally time for the deal, signed last April, to expire. His predecessor at the transport ministry, Ľubomír Vážny, from the Smer party, had extended the deadline because the consortium had difficulties in arranging complete financing for the project.

The government of Robert Fico had originally launched the three PPP packages, but when it left office only the second PPP package had reached the final phase in which an actual agreement had been signed with the consortium – in this case Granvia – and construction had started. Under this PPP, Granvia is building 52 kilometres of the R1 dual carriageway between Nitra and Banská Bystrica. The consortium is to receive €127.4 million per year for maintenance and operation of the highway section for 30 years.

Vážny stated that he cannot understand the reasons for scrapping the third package and regards statements about inexhaustible EU funding sources as mere fiction that confuses the public without providing relevant facts.

Vážny said there is about €410 million available from the EU for highway construction, including Slovakia’s share of co-financing. Even if the Transport Ministry gets an additional €400 million as part of a re-allocation of EU funds from other ministries, Vážny stated that the €810 million cannot cover the costs of constructing the 105 kilometres of highway that were to be built via the first and third PPP projects at a cost of over €3.4 billion.

The ruling coalition promised that construction of sections of the highways and dual-carriage ways will continue, particularly those parts that are yet to be completed on the backbone D1 highway that will connect Bratislava in the west and Košice in the east. Figeľ said he sees completion of the D1 by the end of 2016 as the earliest realistic date.

“We want to continue dynamically,” Figeľ said on December 14, as cited by the SITA newswire, adding that it was necessary to ‘open’ the first PPP package which had been blocked by financing difficulties. “It was not only about the price, but also other conditions which affected assessment of risks and benefits. Tenders are ongoing and interest in constructing two stretches of highway close to Levoča, as well as supervising the project, is very high.”