The judicial system under a cloud

An early February ruling by the Bratislava District Court upholding a wage discrimination complaint and awarding a judge €90,000 in damages evoked serious concerns about the ethics of some members of Slovakia’s judiciary as well as the potential drain on the state’s coffers. 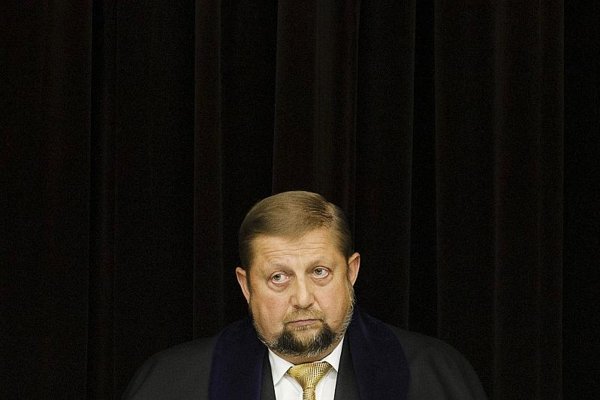 An early February ruling by the Bratislava District Court upholding a wage discrimination complaint and awarding a judge €90,000 in damages evoked serious concerns about the ethics of some members of Slovakia’s judiciary as well as the potential drain on the state’s coffers.

The judges who filed the lawsuits argued that higher salaries paid to judges sitting on Slovakia’s former Special Court, established by a previous government to fight high-level corruption and organised crime, were discriminatory towards less well-paid judges at other courts. The discrimination verdict was in fact handed down by a judge who had earlier lodged a similar complaint on behalf of herself.

The justice minister until the June general election, Viera Petríková, had also lodged a similar lawsuit three years ago when serving as a judge.

Lucia Žitňanská, the SDKÚ nominee who replaced Petríková following the June general election, has, according to observers, injected a breath of fresh air into the department. It had earlier been a subject of concern by the former opposition, and the international as well as the business community. An annual survey among 114 major German, Austrian and French investors pointed to what they called the ineffectiveness in the justice system, which they said often prevented companies from enforcing legal claims within an appropriate period of time.

Throughout the year, diplomats have been publicly monitoring disciplinary proceedings against judges critical of the Supreme Court’s president, Štefan Harabin. For example, representatives of the embassies of the United States, Great Britain, Canada, Norway, and Austria attended a hearing against Supreme Court Justice Jozef Kandera on March 17. The disciplinary panel found Kandera guilty of protracted oversight of criminal cases and cut his salary by 15 percent for one month.

The initiative For an Open Judiciary, which emerged in response to what its founders called political intervention, lack of transparency and the misuse of disciplinary proceedings, continued its activities throughout 2010.

On October 19, parliament passed a revision to the Judicial Council Act which will make sittings of the Judicial Council public and will oblige its members to provide arguments for their decisions, which mainly concern personnel issues. The revision also bans chairs and deputy chairs of courts from being members of the council.

Other changes that should make the operation of the Judicial Council more transparent include the obligation to record the proceedings of the council and then publish them on the internet.

Tensions between the ruling coalition and Harabin have been heightened by the Supreme Court president’s continuing refusal to allow Finance Ministry auditors to check the court's accounts, following an initial attempt in August 2010. Finance Minister Ivan Mikloš hit the court with a €33,000 fine, and Mikloš and Harabin have since sued each other’s offices. Žitňanská in November weighed in by filing a proposal with the Slovak Constitutional Court to launch a disciplinary proceeding against Harabin. The Supreme Court responded by suing her too.