BREAKING a story on a social network that allows one to write only 140 characters per post might have seemed like a foolish way to engage in journalism only a few years ago. But at the beginning of 2011 there is no question that journalistic work has changed tremendously and journalism is now peering through the lenses of Facebook and Twitter. Slovak journalists are not lagging behind and are increasingly using social networks as both sources of news and as publication vehicles. That offers many positives and ways to improve the work of journalists but also poses some challenges and questions yet to be answered. 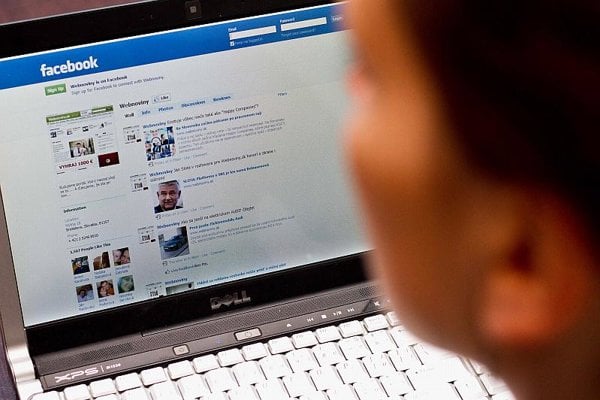 Journalists are using social media as a tool in their work. (Source: SITA)
Font size:A-|A+0

BREAKING a story on a social network that allows one to write only 140 characters per post might have seemed like a foolish way to engage in journalism only a few years ago. But at the beginning of 2011 there is no question that journalistic work has changed tremendously and journalism is now peering through the lenses of Facebook and Twitter. Slovak journalists are not lagging behind and are increasingly using social networks as both sources of news and as publication vehicles. That offers many positives and ways to improve the work of journalists but also poses some challenges and questions yet to be answered.

“Some of the most difficult discussions over the past five years were about journalism becoming a conversation rather than one-way traffic,” said Matthew Eltringham, an assistant editor at the Interactivity and Social Media Development department at the BBC who leads a programme bringing social media skills to all journalists at the BBC, during a discussion on Social Media and its Impact on Modern Journalism organised by the Open Society Foundation and Frontline on December 14, 2010 in Bratislava. “And for journalists who’ve been in the business for 20 years, who were used to standing up telling everybody what the news is, [it is a challenge] to understand that that one-way traffic is on its way out and that news and journalism is increasingly a conversation.”

News reporting is not one-way

The conversation between journalists and their audiences is taking place mainly via virtual encounters on social networks, among the largest being Twitter and Facebook, which are becoming a valuable source of user-generated content for journalists.

The idea that an audience can tell its own story without big media organisations’ intervention has changed the game for major news organisations.

“The idea that we control the flow of information has changed and we are beginning to get used to it,” Eltringham said, adding that the audience, rather than waiting to be contacted by the media organisations or waiting to hear from them what the story is, is trying to directly influence the story through social media.

According to Tomáš Bella, an expert on new media with NextBig consulting company and the first editor-in-chief of sme.sk, Slovakia’s biggest news server, user-generated content can become even more important for the Slovak media than it is for the British and American media. The Slovak media’s production capacities are much smaller than those of large foreign outlets: the local private media, for instance, do not have permanent foreign correspondents. For that reason user-generated content can help Slovak media cover topics which large foreign media assign to their own reporters.

On the other hand, Bella said, the British media can only dream about having several thousand online discussion entries under an article on their websites as often happens on some Slovak and Czech news servers, such as sme.sk or idnes.cz, or about having hundreds of their own readers acting as bloggers.

“I believe that Slovak media are not lagging behind significantly,” Bella told The Slovak Spectator. “The differences are rather caused by the diverse use of technologies – for instance Twitter is the main flash news source on the web in the Anglophone world while it is only rarely used here and thus [Slovak] media don’t pay much attention to it and rather focus on Facebook.”

The audience as journalists?

The Slovak blogosphere has several times proved to have a powerful voice and an ability to report on important topics that journalists might have overlooked in their work.

Most recently, such an example came to life on the pages of the Sme daily when it ran a series of stories on the mistreatment of patients suffering from bedsores in Slovak hospitals. The stories stirred considerable interest among the general public, provoked some conflicts between the daily’s journalists and hospital authorities, and in the end led to the Health Ministry deciding to use the occurrence and treatment of bedsores as an additional indicator of the quality of hospitals.

Sme admitted that its engagement in the topic was inspired by one of the 17,000 bloggers who operate within a blog registered on the blog.sme.sk platform.

The user-generated content that Slovak media are working with, however, is far from restricted to blogs.

According to Bella, there are multiple examples of good practice in using social media in journalism in Slovakia: there are many successful Facebook pages created by the Sme daily, and public-service radio’s Radio FM channel was the first to do first-class work on Twitter.

“Several editorials such as the Nový Čas daily or Markíza TV with their somreporter.sk, a twin of CNN’s iReport project, work systematically with user-generated content,” Bella said.

Major media organisations such as the BBC employ specialised teams with the purpose of finding and managing user-generated content.

Eltringham, who leads such a team in the BBC, says that social newsgathering involves finding newsworthy stories that come directly to the media organisation or actively searching for such stories across social media.

“In the event of a breaking story the first thing we would do is to ask our own audience if they had experience with that particular event,” Eltringham explained. “So on our own website we would ask people what they know and to send in videos or stills. And in the meantime we would search all media platforms through core basic searches, looking for content on YouTube, Facebook, Twitter, across the spectrum.”

He added however that before publishing content from users, the appropriate BBC department runs a process of authentication and verification to establish whether the content is genuine – through basic journalistic methods.

“We would never publish or broadcast any content unless we’ve first spoken to the person who has sent it in or who took it or who owned that content in order to establish that it was genuine,” Eltringham said.

In Slovak circumstances, it is unimaginable for the local media to have whole departments to work with user-generated content due to a lack of sufficient resources. On the other hand, Bella noted that Slovak media have the advantage of a relatively small audience and for that reason the gap between media professionals and their audience is not that huge. Many Slovak media professionals have created big networks, sometimes amounting to thousands of people on Facebook, and these networks have become one of the most important sources for information and story tips.

Experts also say that the global trend is making sure that all journalists have the skills required to work with social media rather than establishing specialised departments.

“I think we are absolutely clear in our minds that everybody should be doing this, and the ability to work properly on the social media is something that every single journalist should have,” Eltringham stated.

“Social media are just another information source and the journalistic work is about selecting the best of all sources – so those who have managed the work with numerous sources before can get even better because they have been given a new valuable source,” Bella said. “But those who haven’t been managing well even before might obviously encounter even bigger problems.”