Financing of political parties to be overhauled

PARTY financing in Slovakia has long been a dark room into which the public has been allowed only a very limited, and poorly illuminated, view. Political ethics watchdogs have been calling for years for more transparency and more effective control of the financing of political parties. 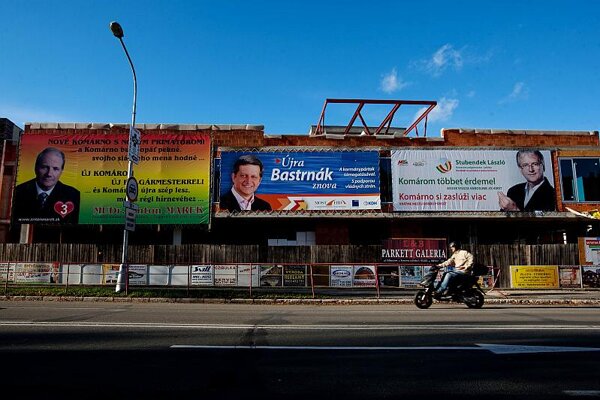 The financing of political parties is now under debate. (Source: Sme)
Font size:A-|A+0

PARTY financing in Slovakia has long been a dark room into which the public has been allowed only a very limited, and poorly illuminated, view. Political ethics watchdogs have been calling for years for more transparency and more effective control of the financing of political parties.

Now it seems that in response to nagging suspicions about party financing that have corroded the credibility of politicians, the coalition government is considering changing some of the rules pertaining to party financing in Slovakia.

The Coalition Council – comprising the Slovak Democratic and Christian Union (SDKÚ), the Christian Democratic Movement (KDH), Freedom and Solidarity (SaS) and Most-Híd – on January 11 discussed some changes to laws that might affect how money flows to party coffers from the state budget. Prime Minister Iveta Radičová told the public-service broadcaster Slovak Radio that a law regulating party financing might be discussed in parliament during the first or second quarter of this year.

But political ethics and transparency watchdogs already have a clear idea of what would improve party-financing practices in Slovakia.

“We have been warning for years that controls on party financing in Slovakia do not work at all and that it is necessary to transfer this function to an independent body,” Zuzana Wienk of the Fair-Play Alliance told The Slovak Spectator.

“This body, however, should have well-tuned authorities – for example the possibility of audits, and close cooperation with criminal prosecution bodies – along with appropriate staff, finances and experts,” Wienk said.

Moreover, she says that the main problems of financing lie in avoidance of the law and in money that never appears in official party accounts; hence she argues that penal legislation should also be changed.

Wienk specified that the law on political parties should be made stricter so that, for example, bookkeepers are made personally responsible for violations of the rules in order to ensure that money flows through a single account.

“We have long called for an independent office based on the example of western countries: a variation of the Supreme Audit Office (NKÚ), which would oversee party financing,” Gabriel Šípoš, president of Transparency International Slovensko (TIS), told The Slovak Spectator.

“Not to mention the fact that there is no control whatsoever over municipal elections; they do not have any duty to report expenditures either, which should be changed at the soonest possible opportunity.”

Interior Minister Daniel Lipšic, from the KDH, agrees that an independent body outside parliament should be in charge of checking party financing.

“It will be necessary to discuss whether it should be the NKÚ or a new institution,” Lipšic said, as quoted by the SITA newswire. “However, always creating a new institution is not any big win, since we already have enough of them. But MPs from parliamentary parties should not be in charge.”

According to Lipšic, beginning this month a working group will meet to develop a new model of party-financing control that would be more thorough, independent and transparent.

Though the situation has improved, there is still no effective control of party financing in Slovakia, said TIS.

“The situation has improved moderately in the sense that the parties are reporting gifts quarterly on their websites, while amounts declared in the last election, based on our rough estimates, were closer to real spending than they were, for example, in 2002 and 2006,” said Šípoš.

On the other hand, Šípoš says that there is not any effective means to check whether the declared numbers match actual party financing and whether parties keep records of all contributions, even non-financial ones like in-kind billboards and cars.

Formal reports are checked by the Finance Ministry and then parliamentary deputies, a method which Šípoš says is inefficient.

As for public oversight, Wienk says that the public can presently rely only on annual reports, which in her words “aren’t very credible”.

TIS is supporting a proposal to finance parties through a system of matching funds, where the state matches the funds that a party generates on its own.

The transparency watchdog is also contributing to the debate over a proposal to finance political parties through a scheme analogous to that under which taxpayers can currently assign 2 percent of their annual taxes to charity – under the proposal, they could donate to a chosen party.

“It would force the parties towards greater activity and responsibility towards the voter, though populism might be a disadvantage,” Šípoš said.

Parties currently receive funding based on their election results, which means that smaller but growing parties get no money, something which, according to Šípoš, does not support the competitiveness of parties.

As part of the discussion over the new election law, which among other things aspires to unify rules for all elections in Slovakia, the coalition on January 11 agreed to cancel the state subsidy paid to parliamentary political parties based on the number of MPs’ mandates gotten in the election. However, the decision has already evoked some strong criticism.

Lipšic, for example, said that he would reconsider the coalition’s plan since such a move could motivate political parties to secure any resulting shortfall from other, possibly illegal, sources, TASR newswire reported.

“It’s a big risk and the state may lose a lot more money over this if the cancellation is passed,” he said.

Opposition Smer party leader Robert Fico said that the coalition’s proposal would in fact mean throwing the political parties on the mercy of sponsors.

“I am really concerned that in this way they are rendering the political parties to sponsors because if a party gets money from the state in a legal way it does not depend on gifts,” Fico said, as quoted by SITA. “It is enough if the party collects membership fees and gets money from the state, and [with this] can legally finance all its activities.”

According to the Sme daily, political parties last year received €34 million from the state budget, getting funds from the state based on the votes they collected in the parliamentary election and contributions per each mandate. Currently, the parties get €7.20 per voter, representing one percent of Slovakia's average monthly wage.


Michaela Terenzani contributed to this report.