A GOLDEN circle inlaid in the path under Michael’s Gate, in Bratislava’s old town, displays the distances of 29 world metropolises from the Slovak capital. Two decades ago Seoul, located 8,138 kilometres away from Bratislava, was not there. 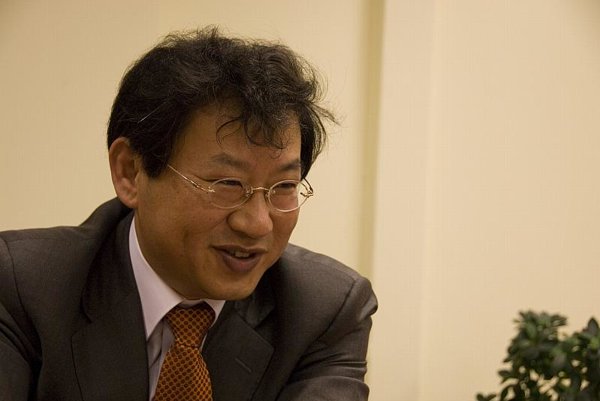 A GOLDEN circle inlaid in the path under Michael’s Gate, in Bratislava’s old town, displays the distances of 29 world metropolises from the Slovak capital. Two decades ago Seoul, located 8,138 kilometres away from Bratislava, was not there.

At that time Slovaks did not have much reason to know about the Republic of Korea, but today the name of Seoul is rightly there, says Seok Soong Seo, the ambassador of the Republic of Korea to Slovakia, who among others has a great passion for Slovak spas and could name most of them, along with their water temperatures.

The Slovak Spectator spoke to Ambassador Seok Soong Seo about trade and investment prospects and related challenges, the presence of the Korean community in Slovakia, the lack of qualified labour, and the appeal that Slovakia has for Koreans.

The Slovak Spectator (TSS): Trade between the Republic of Korea and Slovakia has been intensifying and Korea has become the fourth largest importer into Slovakia. What are the factors behind this growth?
Seok Soong Seo (SSS): This development does not come as any surprise to me. The 2010 statistics represented a record in our trading history with Slovakia; $4.5 billion, with imports from Korea standing at $4.4 billion. It is Korean investment in Slovakia which has generated these developments. If we only look at the car producer Kia in Žilina, they are producing five types of cars with one car rolling off the production line almost every minute. In order to maintain such high-tech production they need not only the large engines but also thousands of small components. In short, the more Korean investment there is, the higher the imports from Korea are going to be. Also, as of July 1, 2011, the Free Trade Agreement (FTA) between the European Union and Korea will become effective, which will definitely boost trade volumes in both countries.

TSS: Part of your mission here in Slovakia is also to focus on new business opportunities. Where do you see some new potential and which branches of the Slovak economy are interesting for your homeland?
SSS: My task involves not only searching for new opportunities but also strengthening and intensifying what we already have here. For example, companies like Kia and Samsung have increased their facilities and their numbers of local employees. Starting a new greenfield investment is not usually an easy thing but if a country has success stories and investors in Slovakia are satisfied it is always a good message for other potential investors. When we look at the map, our investments are in the northern and western part of the country, in Žilina and Galanta. The central and the eastern part of the country is still an unexplored area. We might also try to look at new fields of industry, including research and development, agriculture, power generation or even tourism. But if we decide to go somewhere like Prešov, Košice and Banská Bystrica, we need good infrastructure for such kinds of investment. Another issue is the potential lack of qualified labour. Even if an investor is to create high-quality jobs in some parts of Slovakia the labour market might not have the available resources there. Of course, low labour mobility, for example, is not only Slovakia’s problem.

TSS: Prime Minister Iveta Radičová said she wants to help Kia by improving study programmes at Žilina University. What is your response to the prime minister’s initiative? Are Korean investors happy with the level of education in Slovakia?
SSS: I am glad that Prime Minister Radičová showed her concern and interest. She also visited the Samsung plant in Galanta and the Kia plant. Korean investors are already grateful for all the promises given in terms of improving the business environment. As for the labour market, I would like to point out two types of problems: Slovakia has good universities but sometimes the students’ connection with vocational training is not at satisfactory level.

The graduates might be well educated in theory but from the viewpoint of businesses they are not ready to be involved in the operation of the company. They often need re-training and re-qualification, which always takes time and money. Another problem is that we desperately need manual workers at conveyor belts with common sense and average job skills. But this is why we are very appreciative of the intentions of the government to address the issue of education and vocational training in Slovakia. Also, Samsung and Kia are, in many ways, not Korean companies; they are Slovak companies. They have investments and technologies from Korea, but they are no longer Korean companies, so the government would be doing it for the Slovak employees. Samsung and Kia need more than 70 supply chains to support these two big companies, employing more than 20,000 Slovak workers in their factories. The Korean investors are ready to respect the rules and regulations implemented by the Slovak government, as well as social and environmental practices and customs, and even the way of thinking and culture of Slovaks.

TSS: What are the challenges that Korea faces now in the post-crisis period? Has the economic downturn changed the appetite of Korean investors for investing abroad?
SSS: Sixty years ago, after the war in Korea, it was one of the poorest countries in the world. At that time Korea acquired an instinct for survival. Also during the global downturn, Korean businesses needed to survive. We also need foreign investments, just like Slovakia does: without these investments the Korean economy could not perform in the way it does now. Korean businesses are facing a lot of challenges on the Korean domestic market, but also the growing competitive markets. It is one thing to survive in the domestic market; it is another to survive in the global market.

For example, the Kia plant in Slovakia has an annual capacity of 300,000 cars, but produces 230,000 vehicles. More than 25 percent of these cars are now going to Russia and less than 5 percent are being sold here in the Slovak domestic market. Samsung is in a similar situation. Korean business leaders do not look at the map of Europe in terms of geography but rather see it as a global European market.

In order to do well in global markets, investors have to be offered a good business environment.

Why do Korean businesses have to search for employees outside the country of their actual investments?

My appeal to decision- makers is that they make good business-friendly decisions because if they are not satisfied, even with all their commitment for a given country, they will go somewhere else to seek a better business environment.

In terms of the influx of foreign capital to Korea, we have quite strong competitors, especially China and Japan, but also other Asian countries like Indonesia and the Philippines. The same goes for Slovakia, which has strong competitors as well: Poland, Hungary, the Czech Republic and even Ukraine. The new governments in the surrounding countries also proclaim the goal of attracting more foreign capital to their countries.

TSS: Your embassy last year organised a cooking competition, among other events. What has been the response of Slovaks to Korean culture and the chance to learn more about the Korean community?
SSS: The Korean community is quite big here, already around 2,000 people with almost 80 factories. We have been trying to introduce the Korean community through something other than the manufacturing sector. We would like to share with Slovaks also our culture, food traditions and even some of our philosophies. We organised the Korean Food Contest and I was happy to see professionals from five-star hotels attending as well. So we now expect a Korean menu to appear on the menus of some hotels and restaurants also here in Slovakia. We do plan to run a Korean cooking course which might start in February. We have been trying to build bridges through music and I also thought that Korean movies could be a good way of introducing more of Korea to Slovakia. The Korean movie industry is already quite well-known in many countries. I think it is their content and way of story telling which makes this segment interesting.

In addition to the large investors some small and medium-sized businesses are also here. If one really wanted to get a sense of how large the Korean community is in Slovakia, one would have to visit the international schools in Bratislava, where quite a large number of children are from Korea.

TSS: What would you recommend a group of Korean visitors to see here in Slovakia?
SSS: I would like any Korean visitor to see Slovakia the way it is, without any exaggerations, and perhaps focus also on the friendly nature of Slovak people. I would advise them to see the High Tatras and some of the beautiful cathedrals, and charming towns like Levoča. Members of the Korean community do have a deep love for this country and this is why they are here and not somewhere else. Those 2,000 Koreans want to work and live here and contribute to this country.