IT HAS TAKEN only a few years for the Republic of Korea to become one of the biggest investors in Slovakia. Its flagships are the carmaker Kia Motors Slovakia in Teplička nad Váhom near Žilina and the electronics company Samsung Electronics, with production units in Galanta and Voderady. These investors have already drawn their subcontractors to Slovakia, for example Yura Eltec Corporation Slovakia, producing cable harnesses for cars, Mobis Slovakia in Žilina, and Dong Jin Precision Slovakia in Sereď. 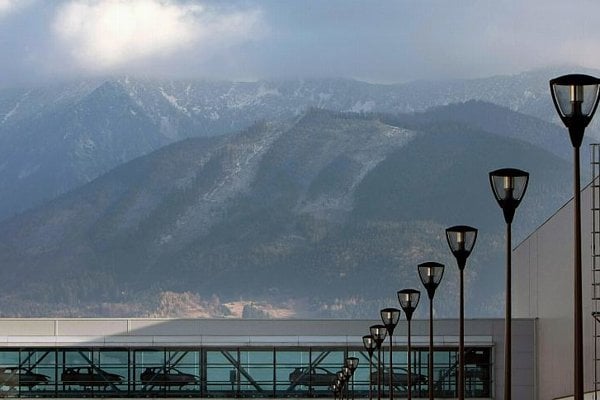 IT HAS TAKEN only a few years for the Republic of Korea to become one of the biggest investors in Slovakia. Its flagships are the carmaker Kia Motors Slovakia in Teplička nad Váhom near Žilina and the electronics company Samsung Electronics, with production units in Galanta and Voderady. These investors have already drawn their subcontractors to Slovakia, for example Yura Eltec Corporation Slovakia, producing cable harnesses for cars, Mobis Slovakia in Žilina, and Dong Jin Precision Slovakia in Sereď.

Both companies are continuing to grow, employing thousands of people directly, with thousands more working for their subcontractors.

“For Kia Motors Slovakia, 2010 was a breakthrough year,” Dušan Dvořák, the company’s spokesperson, told The Slovak Spectator. “We launched production of two new SUV models, the Kia Sportage and Hyundai ix35. We began manufacturing the new diesel engine and launched construction of the second engine-manufacturing plant.”

“We did not feel a significant impact from the crisis because thanks to the launch of the production of the two SUV models we registered an increased number of orders over the whole year,” said Dvořák.

The carmaker is optimistic with regards to the outlook for 2011.

“This year we plan to go on developing our activities in Slovakia,” said Dvořák. “During the first quarter we should wrap up construction of the new engine-manufacturing plant. We have already started installing production technologies and machines and after it is finished we will test the production process. Serial production should be launched during the second half of 2011.”

The new engine plant will increase the annual capacity of the company from 300,000 engines currently to 450,000.

With regards to more long-term plans, the company plans further investments in production technologies and preparation for the production of other models.

“Since July 2009 we have offered installation of our ISG stop&go driving system in our cars, which helps save fuel by automatically switching the engine off when the car is stopped at a junction," said Dvořák, adding that people’s interest in it is growing. “In 2010 about 15 percent of cars were ordered with the ISG system.”

According to published information, Kia Motors Slovakia exports 99 percent of the cars it manufactures.

“Russia remains our main market,” said Dvořák. “Its share of the company’s production increased but sales of cars in western Europe, for example in England and Germany, revived too. We expect that the composition of the main export markets will not change significantly during 2011; we export cars into all countries of Europe.”

Investment in the Kia project in Slovakia has already exceeded €1 billion. Kia is currently investing about €100 million in the second engine plant. The success of the company has also been reflected in the size of its labour force, with the hiring of an additional 250 people at the turn of the year. As a result, the total number of employees at Kia Motors Slovakia now exceeds 3,000, according to Dvořák.

Kia cars are popular in Slovakia, with a total of 4,267 sold here last year. This made Kia the fourth best-selling car brand in the Slovak market, on a share of 6.66 percent. Kia’s cee’d model, produced in Slovakia, is its most popular here: Slovak consumers bought a total 2,026 of them in 2010.

Of the two Samsung Electronics plants in Slovakia, the older one is in Galanta. The company says on its website that Samsung Electronics Slovakia launched production in Galanta in 2002. It took only a few years to become Samsung’s biggest production plant in Europe. It manufactures LCD and LED TV sets, LCD monitors, HDD and Blu-ray players, and satellite receivers. Its labour force amounts to almost 3,000 people and its revenues rank it among the three biggest non-financial companies in Slovakia.

Late last year the company hinted at an expansion in production and the possible hiring of 1,000 new employees. Last year the company manufactured 6 million TV sets and plans to exceed this level in 2011, the Hospodárske Noviny daily wrote in mid January.

The second Samsung Electronics plant in Slovakia is sited in the industrial park in Voderady, close to Trnava. Samsung Electronics LCD Slovakia launched operations there in 2008. It is the only Samsung plant in Europe producing LCD (Liquid Cristal Display) modules. LCD modules are the basic components of TV sets and monitors using LCD screens; producing them is technically very demanding.