Saving energy is a global challenge

SEEKING to improve the quality of life does not justify either an individual or a nation gratuitously increasing energy consumption – energy experts as well as ecologists say human progress can be pursued even while putting the smallest possible burden on our fragile environment. 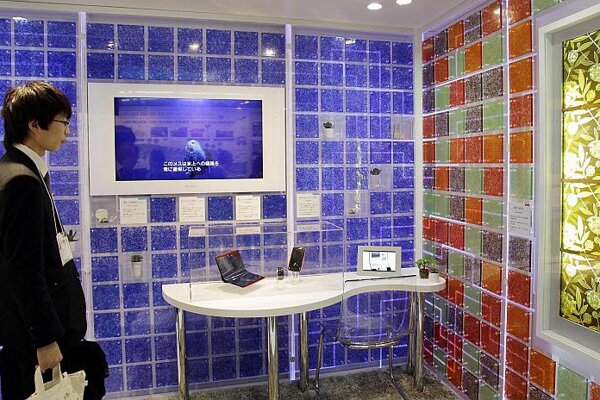 SEEKING to improve the quality of life does not justify either an individual or a nation gratuitously increasing energy consumption – energy experts as well as ecologists say human progress can be pursued even while putting the smallest possible burden on our fragile environment.

Meeting the challenges of protecting the environment, conserving energy, reducing greenhouse gases and using renewable sources are no longer only the agenda of green organisations and environmental watchdogs but have made it onto the to-do list of nations and citizens. Nonetheless, energy security, energy conservation and energy efficiency are promising to become existential issues pressing not only on nations that lack easily-tapped energy sources. They are truly global challenges.

According to Eurostat data, Slovakia has one of the highest energy intensities, as it uses approximately three times more energy – based on fixed prices per gross domestic product unit – than the European Union average, said Kvetoslava Šoltésová of the Slovak Innovation and Energy Agency at the Slovak Ministry of Economy. She added that when compared in non-fixed prices, Slovakia is 30 percent worse than the EU average.

Šoltésová pointed out that Slovakia’s energy intensity has been gradually improving thanks to measures taken towards energy efficiency.

Two major oil crises in Japan in the 1970s pushed that country towards the road of energy conservation. Nevertheless, Japan still faces challenges since in recent years energy consumption has increased in the commercial, residential and transport sectors. Energy consumption in the industrial sector remains around the same level as in the past despite economic expansion, according to data from the Agency for Natural Resources and Energy at the Japanese Ministry of Economy, Trade and Industry.

Nippon Keidanren, the Japanese Business Federation, which consists of 1,281 member companies and 129 industrial associations, has been following an action plan to reduce energy consumption. Aspects of the plan include strict management of air conditioning and frequent adjustment of temperature setting in offices, lights switched off during lunch breaks and reduced use of elevators as well as energy-saving models of equipment, lighting fixtures and light-filtering glass.

A voluntary prohibition on the use of privately-owned vehicles for commuting as well as encouragement to employees to keep a household environmental account book are other parts of the action plan, said Masami Hasegava of the Environmental Policy Bureau of Nippon Keidanren.

Hasegava said additional efforts to save energy in Japan include: more fuel-efficient cars, electric cars, cars powered by natural gas, and other kinds of energy-saving vehicles; the use of larger and more efficient ships and vehicles; a modal shift to transporting goods by railroad and ship; and direct deliveries to customers. Hasegava explained that Japanese industry prefers introducing energy conservation steps into factories rather than reducing economic activity for the sake of cutting greenhouse gas emissions.

Energy-saving strategies in Japan are developed through cooperation between private firms and the government and while the government supports the development of new technologies and new sources of energy, the country’s energy supply remains in the hands of the private sector.

Slovakia is now evaluating its Energy Effectiveness Action Plan for 2008-2010 that was intended to save 12,405 TJ (terajoules) in final energy consumption, about 3 percent of the average energy use in the period 2001-2005. The outcome of the assessment will become part of the country’s Energy Effectiveness Action Plan for 2011 and 2012 that the Economy Ministry is expected to submit to the Slovak cabinet by April 30.

Slovakia has not managed to accomplish most of its projects to improve heating technology conditions in Slovak buildings, Šoltésová said. Though these projects could be financed from EU Structural Funds she added that to a large degree the failure to follow through was caused by the administrative burden of using EU funds.

Šoltésová stated that the best possibilities for reducing Slovakia’s energy intensity are energy-saving measures directed mostly toward improving the heating technology of buildings and decreasing energy demand from public lighting.

Andrej Fáber of the Bratislava Energy Centre told The Slovak Spectator that Slovak households have been thinking about how to reduce their annual bills for heating and hot water and that in addition to replacing inefficient windows or adding thermal insulation Slovak households are installing supplementary heating systems, such as solar systems, heat pumps and wood-burning fireplace heaters.

Satoshi Takakusa, a Japanese expert on energy conservation in the building industry, believes that Slovakia is an even more suitable locale for a zero-emissions building project than Japan due to its cooler climate. Takakusa toured the region of central and eastern Europe last November to explain the Japanese government’s energy-saving policies, particularly in the construction of buildings as well as the introduction of various energy-saving technologies.

Takakusa, who works for Japan Facility Solutions, gave a lecture in Slovakia co-organised by the Ministry of Economy and the Slovak-Japanese Chamber of Commerce. He stated that when an energy-saving building is being planned, it requires experts from different fields, starting from design, through construction, and to maintenance of the building after it is completed.

“It is necessary to integrate the capabilities of all these people involved in the project,” he said. “What I heard here in Slovakia was that the road towards making it happen would be difficult – particularly the training of human resources who would be capable of doing these things. As for the difficulty in training human resources, it is the same in Japan.”

As for where Takakusa sees opportunity for cooperation between Slovak and Japanese companies in the area of energy-saving technology, he said his impression is that it may be necessary to start from the foundations of energy-saving structures since the road to energy saving is rather tough.

Mottainai: more than just a word

A RAINDROP can be an expressive symbol and Mottainai can be a powerful word, as proven by Mainichi, the oldest newspaper company in Japan, with a daily circulation of 4 million, which has been promoting the “Mottainai concept” to reduce waste, reuse finite resources and recycle whatever can be recycled. The Tokyo-based newspaper has a strong advocate for the concept on its side – Wangari Maathai, a 2004 Nobel Peace Prize winner and a United Nations Messenger of Peace, who after visiting Japan in 2005 decided to popularise this Japanese word across the world.

Kazuyoshi Sanada of the Mottainai campaign office within the newspaper explained that Mottainai, which is actually a Buddhist term meaning that objects do not exist in isolation but are intrinsically linked to one another, is now being used in many phases of the daily lives of Japanese to make them more environmentally aware.

“We encourage people to switch off the lights when they leave the room,” Sanada told The Slovak Spectator. “For example, we use a lot of ceramics as we put rice in ceramic bowls; but these shouldn’t be just thrown away when they break, we should try to reuse the material.”

The campaign encourages people to use energy-conserving home appliances, reusable shopping bags and avoid using their cars when travelling distances that can be covered on foot. In the 1990s the newspaper started a special section to report on environmental issues and since then it has been involved in a massive tree-planting project, a campaign to improve the environment around Mount Fuji, and has exposed those who have illegally disposed of construction waste materials. The newspaper has also organised a trash collecting tour, with about 400 readers participating, which collected about three tonnes of trash.

When the newspaper began facing difficulties in securing sponsors for its environmental campaigns, it registered the Mottainai logo as a trademark and other organisations who use the symbol pay a licence fee to the publishing house, which then uses these resources to help cover its ongoing campaigns.