Prešov to turn a military base into a rescue centre

THE MAYOR of the eastern Slovak city of Prešov is concerned about how stray animals as well as pets that have been abandoned by their owners are treated. 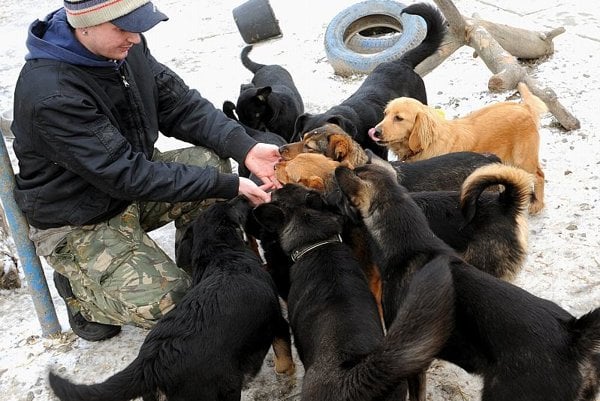 THE MAYOR of the eastern Slovak city of Prešov is concerned about how stray animals as well as pets that have been abandoned by their owners are treated.

For that reason Mayor Pavol Hagyari has been discussing ways to improve the treatment of these animals with representatives of the Regional Veterinary and Food Administration (RvaPS) and a local animal-care civic association.

Currently, stray dogs and cats in Prešov are trapped by city police officers and placed in a quarantine station on Bajkalská Street. “The quarantine complex has a capacity of 20 animals and if this is not enough it is possible to place them in Košice. After the required treatments are made, we look for its owner,” Valerián Kvokačka, the head of the RvaPS Department of Animal Health in Prešov told the TASR newswire.

Hagyari said that even though financing and operating the animal shelter is not a legal duty of the city, he intends to seek a better solution and hopes that several institutions will join his efforts to do so. He said one solution could be to relocate the animal shelter to an unused former military compound near Cemjata that is owned by the city, adding that this property offers enough space for housing the animals as well as organising events. The mayor added that he sees grant schemes as the best source of money for renovation and operation of the shelter as the city has other crucial budget priorities. The shelter would have a capacity several times larger than the quarantine station in Bajkalská and after initial renovation the military compound could welcome its first animals in 2011.

The head of a dog shelter in Košice, Romana Šerfelová, told TASR that her shelter had noticed an increased interest in adopting abandoned animals in the pre-Christmas period but that most people were only interested in pure-bred dogs.

“This year, there was enormous demand for Yorkshire terriers, so they are probably 'in' right now,” Šerfelová said, adding: “most people find information on our website and then contact us with questions about a specific animal".

She noted that capacity in Košice was also a problem. “The shelter’s capacity is 60 animals and we regularly have 130 to 140 animals.”