THOSE with permanent residence in Slovakia’s capital can apply for a Bratislava City Card that can be used to purchase goods or services while qualifying for special discounts. 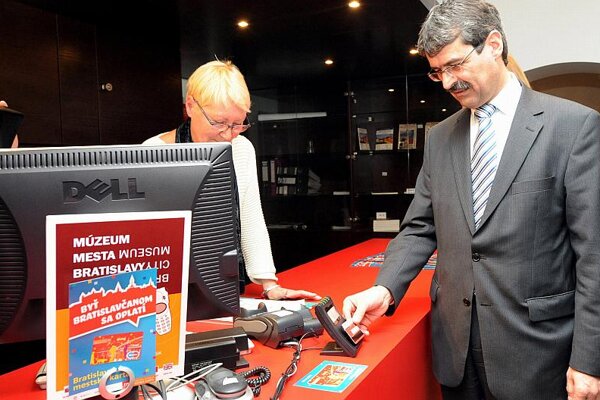 THOSE with permanent residence in Slovakia’s capital can apply for a Bratislava City Card that can be used to purchase goods or services while qualifying for special discounts.

The card, issued by several banks, can be used for international payments, as a library card and as an electronic ticket for galleries and museums as well. The card can be used to purchase a pre-paid ticket for city transport, called an “električenka” and the card user receives a 10-percent discount on transport.

Users of the Bratislava City Card can additionally receive a 20-percent discount when visiting cultural attractions and other venues operated by the city such as the zoo and the city’s art gallery and museum as well as the Pasienky indoor swimming pool or summertime outdoor pools.

Bratislava’s Cultural and Information Service is also involved in the programme and offers discounts for some other cultural, social and sporting events.

The Bratislava City Card uses the contactless technology called PayPass to substitute for cash and the electronic transaction itself takes less than five seconds and does not require a special terminal or entry of a PIN.

On the day of the project’s launch Bratislava Mayor Milan Ftáčnik applied for his card and other cardholders have been able to acquire and use their cards since mid January.

OTP Bank, UniCredit Bank and VÚB Bank are currently part of the project but recent negotiations undertaken by the city may result in additional banks participating before the end of 2011 Ľubomír Andrassy, spokesman for the city, told the TASR newswire.