TAILOR-made assessment criteria, regular performance evaluations and a new bonus system are all part of the latest crusade heralded by the country’s top cop to build more credibility and professionalism in the Slovak police force. Police Corps President Jaroslav Spišiak calls his initiative the most sweeping reform since the end of communism more than 20 years ago. 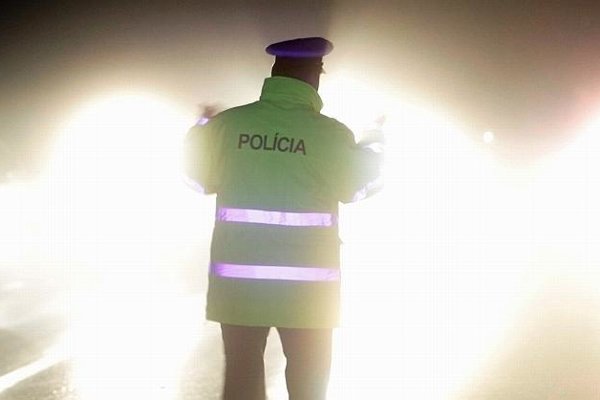 TAILOR-made assessment criteria, regular performance evaluations and a new bonus system are all part of the latest crusade heralded by the country’s top cop to build more credibility and professionalism in the Slovak police force. Police Corps President Jaroslav Spišiak calls his initiative the most sweeping reform since the end of communism more than 20 years ago.

Spišiak said the new system will impact everyone in the Police Corps, from traffic police and office clerks up to senior officials such as himself and will replace what he called subjective evaluations while offering clearer and more exact criteria for assessing the work of police officers.

“Our goal is to increase the credibility of the police in Slovakia,” Denisa Baloghová, the spokeswoman of the Police Corps, told The Slovak Spectator, adding that Spišiak wants to launch the new measures as quickly as possible.

Interior Minister Daniel Lipšic stated that if the reform succeeds Slovakia’s police will enjoy credibility similar to those in the most-admired countries.

Advocates of the reform said that previous ways of evaluating police officers left too much room for subjectivity and lacked clear, specific performance targets.

Lipšic’s predecessor, Robert Kaliňák, reacted by saying that everything cannot be measured through statistical data and that the changes might lead to individualism rather than the teamwork that he said the previous evaluation system supported.

Baloghová explained that the criteria have been designed in such a way that they will cover every police officer including managers, differentiated according to the specific tasks each carries out.

“Based on these criteria, each police officer knows exactly what they must do if they want to receive positive marks,” Baloghová said, adding that the new system would motivate each police officer, individually, to perform those tasks which are of highest priority for his or her particular role in the force.

Regarding drawbacks in the previous evaluation system, Baloghová said it lacked specific targets for an employee of the Police Corps to achieve as well as a system of interventions or rewards for negative or positive evaluations.

“The evaluation was done based on subjective statements of supervisors in five-year periods,” Baloghová told The Slovak Spectator. “The evaluation was more or less collective since indicators of entire units were measured, which made it possible for ineffective police officers, who did not contribute to the results of the team, to slip through.”

Baloghová added that in many cases the positive results of a team were achieved through the superior activity of dedicated and honest police officers who in most cases were not rewarded for their individual efforts.

Police officials have been stressing that the outcome of these evaluations will have a direct impact on the bonuses that police officers will receive. Baloghová added that the new system will also provide police officers with a clear career ladder and provide rules for possible personnel changes.

The criteria are still being fine-tuned and should be complete by July 1, when the new system will begin being used. However, Slovakia’s traffic police are already subject to many of the new aspects of the system, Baloghová said, because road safety enforcement has been unacceptable so the police commanders started “sharp” application of the criteria without tuning them further.

“Each road accident, including those which have already occurred in January, will negatively influence the evaluation of traffic police patrols as well as their supervisors,” Baloghová said.

Spišiak said that he had been planning the reforms since 2000 when he managed the police department in Dunajská Streda and after having spent some time in Great Britain where, he said, police officers are trusted and highly regarded by the public.

“Police officers aren’t a closed community; they do not think that they are the heroes and that citizens are an unavoidable evil who make their lives more difficult,” Spišiak said, as quoted by the SITA newswire, when explaining the principles behind the reforms.

Kaliňák stated that it is not possible to evaluate everything based on numbers because police officers provide many types of service and each crime is unique, adding that he thinks the new system of evaluation will promote a different ethic among police officers from the one he had supported, SITA wrote.

Kaliňák said he is curious about which evaluation criteria will be specified for officers working as police technicians, within crime-scene units and as police-dog specialists as well as those who work in the offices that handle ID cards and other documents.

Police officers were working hard without this system of evaluation, Kaliňák said, and he does not want police officers to become people who merely fulfil certain statistical requirements without a visible human face.

Speaking to public-service Slovak Radio, Kaliňák stated that he would also incorporate into the system evaluation of officers by the public, saying that this was crucial and had not been mentioned. He also suggested that the public should be involved in establishing police priorities.

Kaliňák seemed hesitant to make more specific comments on the new system, stating several times that he only hopes that Slovak police will continue to gain more credibility, a trend which he said had started during his term as interior minister.

When explaining that each police officer will have a set of evaluation criteria, Spišiak used a traffic police officer as an example to illustrate how the system would work: the officer would be evaluated based on whether there were any traffic accidents in his or her area during a working shift.

“It is up to the police how they achieve this,” Spišiak said, adding that if there was ice on the road, for example, the officer should stand at the spot to warn drivers.

If a police officer is rated as unsatisfactory in two successive quarters he or she can be transferred to another position, SITA added.