THE UNEXPLAINED issues and alleged scandals swirling around Bratislava’s former mayor, Andrej Ďurkovský, have proved unbearable for his party, resulting in something of a velvet break-up between the Christian Democratic Movement (KDH) and its long-time member, who was elected last year as an MP for the party. Ďurkovský is the first MP in this parliamentary term to leave his party caucus and become an independent, but he has promised to remain faithful to the ruling centre-right coalition. Observers note that his departure does not mark the end of the story. 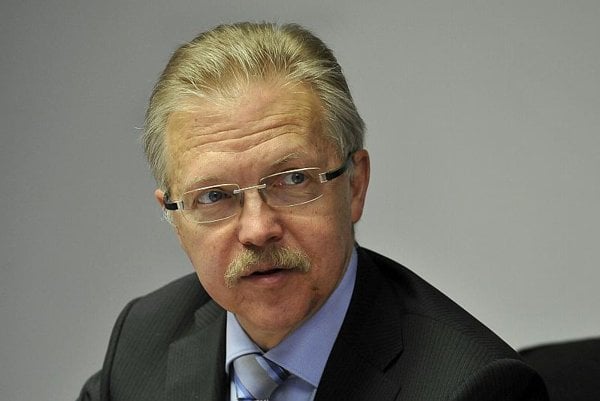 THE UNEXPLAINED issues and alleged scandals swirling around Bratislava’s former mayor, Andrej Ďurkovský, have proved unbearable for his party, resulting in something of a velvet break-up between the Christian Democratic Movement (KDH) and its long-time member, who was elected last year as an MP for the party. Ďurkovský is the first MP in this parliamentary term to leave his party caucus and become an independent, but he has promised to remain faithful to the ruling centre-right coalition. Observers note that his departure does not mark the end of the story.

Ďurkovský announced his decision to quit the KDH after a six-hour-long meeting with the party’s presidency on January 24 which was convened to allow him to explain his conduct in two cases in particular. Both arose from his tenure as mayor of the capital, which ended late last year. The first concerned alleged hidden privatisation and questionable financial transactions at Bratislava’s water utility, BVS; the second was his alleged overstepping of authority regarding the planned demolition of the city’s Culture and Leisure Park (PKO).

Ďurkovský denies any blame and maintains that some of the information that appeared in the media is false. However, he said he was leaving the party in order not to harm it and vowed to clear his name and then re-join the KDH.

One member of the KDH leadership, after hearing Ďurkovský’s defence called on him to give up his parliamentary mandate, but Ďurkovský refused to do this, saying that he felt a sense of responsibility towards his voters, referring to the almost 11,000 preferential votes he received in the 2010 election.

KDH deputy chairman Daniel Lipšic, who is the current interior minister, later admitted that it was he who had demanded that Ďurkovský leave parliament. He said that Ďurkovský was not able to explain some grave suspicions regarding his conduct as mayor and his departure from the KDH was the only possible solution.

“If he hadn’t left the KDH, he would have been left,” Lipšic told journalists, adding that he cannot imagine Ďurkovský returning to the party.

KDH chairman Ján Figeľ said there was consensus about the outcome, and said he believed Ďurkovský acted in line with his conscience, the information available and the competencies he had possessed as a mayor.

Political analyst Grigorij Mesežnikov said in an interview with The Slovak Spectator that Ďurkovský’s departure had not come as a surprise to him.

“I didn’t expect any sort of absolute break-up between him and the KDH,” Mesežnikov said, pointing out that Ďurkovský had been a KDH member for many years, almost since the beginning of the movement’s existence, and he was very strongly identified with the political line of the KDH.

According to Mesežnikov, the controversies around Ďurkovský were unpleasant for the movement, and his quitting the party now allows its leaders to demonstrate they have not closed their eyes to the allegations affecting him, as the media and opposition had been claiming.

“Certainly he did not do [leave] deliberately, he surely did so under pressure from the KDH too, so they can present this as a consequence,” Mesežnikov told The Slovak Spectator, adding that the present situation is acceptable for both sides, since KDH can say they didn’t sweep the problem under the carpet, while Ďurkovský can claim he now has some space to clear his name and will return.

“It is still a story with an open end,” Mesežnikov said.

“I don’t see it as a solution; it is momentarily a reaction to the situation that arose,” PM Iveta Radičová told the Sme daily in her response to Ďurkovský’s departure. She said she considered him an independent MP who would support the ruling coalition in parliamentary votes, as he has promised.

“I believe it doesn’t change much for the coalition as such,” Mesežnikov agreed, adding that the cohesion of the ruling coalition cannot be cracked by just this.

The opposition was, however, less than satisfied with Ďurkovský’s reaction. Smer leader Robert Fico said Ďurkovský’s departure does not mean he is taking responsibility, but rather saying “one ‘our father’ for a mortal sin”, the SITA newswire reported.

Fico also accused Figeľ, the KDH leader, of lying, since “he must have known from the beginning what was happening in BVS”, referring to alleged links between Figeľ and the management and board members of BVS.

The scandal around BVS involves recent media reports about a highly unusual series of transactions that have been portrayed as privatisation of a key part of the water utility. The deal was orchestrated by Ďurkovský and concluded just one day before last year’s municipal elections. The official buyer is the firm HASS from Zlaté Moravce, which drew a loan arranged for the purchase from Privatbanka, owned by the well-connected financial group Penta.

The owner of HASS, Eduard Huňady, is a long-time friend of BVS director-general Daniel Gemeran, who was appointed by Ďurkovský, the SITA newswire reported.