SOME of those who depend on social benefits from the state might soon have to learn to live with less cash in their pockets. Five villages in eastern Slovakia will this summer trial a new e-pay system which the Labour Ministry believes could become an effective tool against loan-sharking – or usury, as it is still referred to in Slovakia – and poverty. 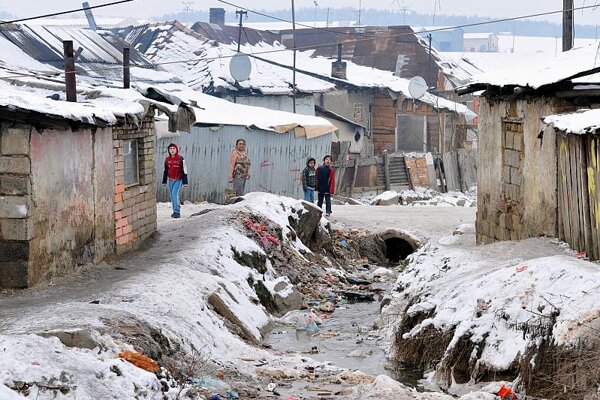 SOME of those who depend on social benefits from the state might soon have to learn to live with less cash in their pockets. Five villages in eastern Slovakia will this summer trial a new e-pay system which the Labour Ministry believes could become an effective tool against loan-sharking – or usury, as it is still referred to in Slovakia – and poverty.

The e-pay pilot project will be launched at the end of June in five eastern Slovak villages (Spišský Hrhov, Sveržov, Hlinné, Čičava and Pečovská Nová Ves), where it will affect slightly fewer than 600 people. The system provider will be chosen by tender, to be launched in February. International bidders are expected to compete.

There are about 189,000 recipients of social benefits in Slovakia, and over 360,000 individuals who depend on them. Under the new system, every beneficiary will get a bank account and an associated e-pay card. Instead of cash payments, the allowances will be transferred directly to recipients’ accounts.

The beneficiary will then be able to use his or her e-pay card to pay wherever there is a terminal for cashless payments. The Labour Ministry believes it will be able to install terminals in all local shops, pharmacies, etc, perhaps through co-financing terminals for merchants.
To begin with, benefits sent through e-pay will include the allowance for people in material need, family allowances, parental allowances, and the lump-sum allowance paid on the birth of a child.

E-pay cards are often dubbed “cards for the Roma” in the Slovak media, but the authors of the idea have warned against such stereotyping.

Miroslav Pollák, the government’s proxy for Roma communities, whose office cooperated with the Labour Ministry on developing the e-pay project, stressed that this is not classified as a project for the Roma.

“Certainly, [the Roma shantytowns] motivated the project at the beginning,” Pollák said. “That cannot be avoided, as the greatest poverty and the biggest problems occur in the segregated communities, the Roma settlements.”

E-pay cards could become an effective tool in the fight against usury, non-payment of utility and local taxes and the inability of some beneficiaries to manage the money they get in the form of allowances.

“I really don’t think that e-pay cards will do away with usury for good, but I believe that we can at least build barriers to prevent the usurers from doing well, as they’ve been doing so far,” Labour Ministry State Secretary Lucia Nicholsonová said.

The original idea was to eliminate cash from the lives of beneficiaries almost totally, but after criticism from the non-governmental sphere the ministry dropped that idea. Nicholsonová said that a percentage of the part of their allowance that a beneficiary must 'earn' (by taking part in community work, for instance) will be paid to them in cash. The cash part could amount to around €30 per month.

“Those who depend on social allowances are often able to survive only thanks to their ability to get food for much better prices then they would pay in a shop, for instance by buying eggs or milk from their neighbours,” Nicholsonová explained. “We cannot take this possibility away from them completely.”

Limits to cash, limits to freedom?

Beneficiaries will be able to use their money either without limits, or within weekly or daily limits, basically depending on how well-disciplined they are with their money. Daily limits (which would be less than €5 a day) have been criticised as violating the human rights of the beneficiaries.

Nicholsonová said the limits will only be applied to those who already face limits through the institute of ‘special recipient’ recognised by Slovak legislation. Under this system, beneficiaries who have been deemed unable to manage their money and who use state benefits for the basic needs of their family are not paid their allowances directly, but instead the cash goes to a special recipient (typically the municipality, but theoretically anyone approved by the state), who then decides when and how much of the allowance to give to the beneficiary, according to their needs.

The data collected by the e-card system will allow the respective authorities to check how a recipient uses their benefit payments, and decide whether limits are needed.

“For us it is incredibly valuable information,” Nicholsonová said. “As soon as problems occur, a field social worker will come and work with the family. Because this is not about restrictions, it’s really about explaining and helping people to save and manage their money.”

The success of the project will largely depend on the cooperation between local labour offices, municipalities, field social workers and community centres in village. The existence of a community centre and the willingness of the mayor were major criteria for a village to be selected for the pilot project starting this year.

“Because if we want people to feel that this measure is for them and not against them, it’s going to take a lot of work by field social workers and community workers, to go and explain to people face-to-face why their village launched the project,” Nicholsonová said.

What might become a problem is the lack of field social workers and community centres in Slovakia. The ministry believes it will be able to boost its network of social workers in the communities where they are needed – this is one of the aims the government set out in its programme statement.

See also an interview with Pavol Ceľuch, the mayor of Sveržov.