THE STATE has taken its latest step towards developing a new model for the operation of Bratislava Airport, which five years ago came within a hair’s breadth of privatisation. It is now clear that M.R. Štefánik Airport in Slovakia’s capital will not be privatised during the term of the Iveta Radičová government, at least according to recent statements by state officials. 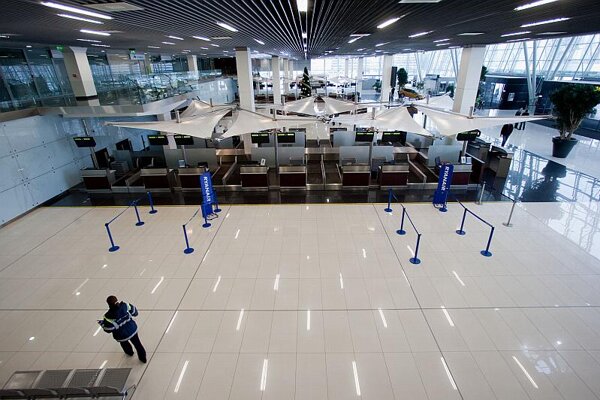 THE STATE has taken its latest step towards developing a new model for the operation of Bratislava Airport, which five years ago came within a hair’s breadth of privatisation. It is now clear that M.R. Štefánik Airport in Slovakia’s capital will not be privatised during the term of the Iveta Radičová government, at least according to recent statements by state officials.

In mid-December 2010, Transport Minister Ján Figeľ said that the means to bring what he called a strategic partner into Bratislava Airport should be determined by the end of February, adding that ‘entry’ does not necessarily mean ‘sale’ since there are also other options. A month later, his predecessor as minister, Ľubomír Vážny, suggested that if the state no longer wants to operate the airport it should rent it based on a concession agreement rather than selling it. Now the Ministry of Transport, in a draft proposal for the further development of Bratislava Airport, seems to agree.

It is pushing for long-term rental through a concession agreement of 20 to 30 years’ duration, according to a document published on the Justice Ministry’s web portal for regulations on January 27. The Sme daily had reported on the preferred method of development a couple of days earlier, based on a preliminary draft obtained from the ministry.

The ministry argues that the economic downturn and the situation in the European Union and the eurozone would have a negative impact on the likely revenue from privatisation of the airport.

“It is not possible to expect similarly advantageous conditions as existed for the planned privatisation of the airport back in 2006,” reads the document, pointing out that privatisation processes elsewhere in the European Union have been halted.

Based on the 2006 privatisation plan, 66 percent of airport shares were to have gone to the TwoOne consortium consisting of Schwechat Airport in Vienna, the Penta private equity group and Raiffeisen Zentralbank of Austria. The 2006-2010 Robert Fico-led government halted the sale.

According to the ministry, granting a concession or renting the rights to operate the airport for a defined period would shift all the risks of running the business and making future investments onto the investor. As opposed to sale, the limited duration of the transaction would mean the government retains greater influence and a degree of control, and moreover would receive a regular income. The ministry also stated that there are potential partners interested in the airport, not only from Europe but also from other regions, and said that the proposed form of partnership, a long-term rental, is appealing.

Based on the draft, a private strategic partner could start operating the airport as early as the end of 2012 while a tender process could take place in the second half of this year.

Currently, the Transport Ministry holds 48 percent of the shares in the airport and the National Property Fund holds the remainder. The shareholders replaced the airport’s entire senior management in September last year. Figeľ stated that among the reasons for the wholesale change at the top was the previous management’s ambiguous decision-making and unexplained preference for certain financial partners and companies, according to the SITA newswire.

Bratislava Airport handled close to 1.67 million passengers in 2010, a drop of 3 percent year-on-year, the airport recently reported in a press release.

Six carriers operated scheduled flights from the airport to 42 destinations last year. Ryanair accounted for the largest share of the total, with 1.1 million passengers using its flights to and from Bratislava. London topped the list of destinations, with 315,839 passengers. Meanwhile, twelve charter carriers flew to 39 destinations, with Travel Service coming first in terms of the number of holidaymakers, according to TASR.

In December, airport spokesperson Dana Madunická told The Slovak Spectator that it is important to choose the correct kind of partnership, and that there are several successful models in use around the world.

“The entry of a strategic partner would in particular mean for the airport additional financial resources being used for the development of services and completion of the necessary infrastructure which we are not able to cover from our own resources,” she said.