Dance as a route to self-discovery

SHAMAN, Conference of the Birds, and Tryst were among the gifts that a Canadian dancer, choreographer and ethnographer of Azeri-Persian ancestry brought to Bratislava at the end of last year. Sashar Zarif, who believes in telling stories through dance, did much more than just dance while in Bratislava: he participated in a discussion organised by the People in Peril organisation and the Shiraz web-portal, held a workshop for students from a dance conservatory, and marked International Migrants Day by performing his dances at the Meteorit Theatre, co-organised by EtnoDance and the Šimečka Foundation. Zarif focused on the lives of migrants through his own life experience. 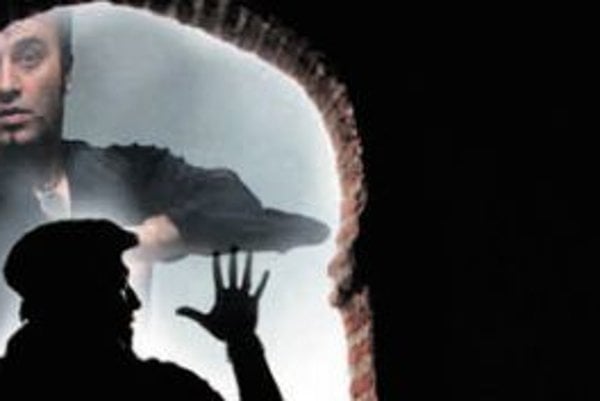 SHAMAN, Conference of the Birds, and Tryst were among the gifts that a Canadian dancer, choreographer and ethnographer of Azeri-Persian ancestry brought to Bratislava at the end of last year.

Sashar Zarif, who believes in telling stories through dance, did much more than just dance while in Bratislava: he participated in a discussion organised by the People in Peril organisation and the Shiraz web-portal, held a workshop for students from a dance conservatory, and marked International Migrants Day by performing his dances at the Meteorit Theatre, co-organised by EtnoDance and the Šimečka Foundation. Zarif focused on the lives of migrants through his own life experience.

Zarif is the artistic director of the Sashar Zarif Dance Theatre in Toronto and is also involved with Joshgoon – the Canadian Academy of Azerbaijani Dance, Dancers for Peace and the Centre for Dance Studies. The Slovak Spectator spoke with Zarif about his life, his beliefs, and about what dancing means to him.

The Slovak Spectator (TSS): During your performances you managed to make people think about how they might feel if they were migrants, or as many still call them “strangers”. Have you drawn from your own personal history? Could you share some details?
Sashar Zarif (SZ): I was born in Tehran to an Azerbaijani family and I first went to Azerbaijan, where my grandmother was raised and which she used to talk about, as an adult. I left Iran as a teenager and I lived first in India, then I returned to Iran and then I went to Turkey where I stayed for three and a half years, and then I went to Toronto. That city enchanted me since Toronto is very diverse and allows you to feel at home from the very first moment. I went to high school there but I did not speak English very well at that time.

I will never forget those feelings as a young boy, a teenager, walking down the halls of the high school in a distant land, not even speaking the language very well but feeling really at home. It was a place where I was able to relate to different cultures: because my neighbour is from one place, my friend is from somewhere else, and then my boss is from yet another place. I did a lot of dancing at that time. The culture of body language is very important and when you really understand it, a lot of conflicts will disappear. I think sometimes words are problems in conflict
situations.

Every time people start arguing or debating it’s so hard to understand each other – because the sensation comes out filtered through your mind in a different way – but dance is so close to the body, and so true and so sensual.

TSS: Have you been to Slovakia before? How did the Slovak audience respond to you?
SZ: Two years ago I came here for a brief visit. The recent audience was very open, responsive, and as I did the workshop at the dance school, I was amazed how open the students there were. I find the Slovak mentality close to where I come from: there is some fire in our mentality to which you seem to respond. I also enjoyed my discussion with Andrej Bán [head of the People in Peril humanitarian civic association, journalist and photographer - Ed.], who has much positive energy and interesting ideas; he is humble but well-informed.

TSS: Did you have any ambition to tell a sort of personal story?
SZ: It definitely was story-telling. I was telling my story and I wanted also to acknowledge the background I come from. I can turn very modern, I can change myself and my religion even though I hate to involve religion in any political issues; but I can never change myself, my roots, how I grew up, my embedded culture. I realised that instead of just living in the West and feeling embarrassed about it, I can embrace all the positive sides of my origin, my background and my life experiences even if the whole world is looking only at the negative sides. So, I wanted to embrace that and I wanted to also make a confession with my work.

TSS: What did you showcase in your performance?
SZ: The first part was a devotional dance. I was trying to showcase the techniques that I learned in performances that exist in Sufi ritual practices. [Sufism is the inner, mystical dimension of Islam, characterised by practices of repeating the names of God, whirling and asceticism - Ed.]. I don’t mean the clichés that you read in books, or tourist attractions, but the real Sufi treasures that you can find in remote places. The Shamanic practices are a very profound performance structure embedded into the rituals: performing arts or expressive arts. I use it not necessarily to communicate with the audience but rather to communicate with myself and to self-discover; to go to different stages of embodiment and practise their roots as a human being because we are neither good nor bad; we have everything in us, and this is encouragement for us to look into that.

TSS: Where did you learn the techniques and traditions?
SZ: I’ve been very much involved with Sufi poetry: Hafiz, Omar Khayyám, Rumi. In fact, as a child, I would read Hafiz and I wouldn’t understand much but I would be fascinated by his work. I am not a Sufi, by no means. I am a dancer interested in Sufism – I started my fieldwork in different countries, from western Mongolia all across the steppes of Central Asia, Azerbaijan, Georgia, Chechnya and then Morocco (African Sufis), and I went there, lived with them, researched, and that’s my specialty, the dance and music which show in Sufism.