ON SATURDAY December 16 at exactly 17:05 bowlers at the House of Sport in Galanta started their attempt to set a world record and become the biggest bowling tournament ever held. 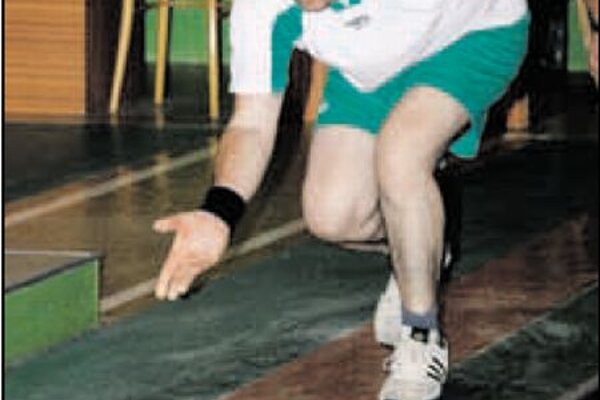 ON SATURDAY December 16 at exactly 17:05 bowlers at the House of Sport in Galanta started their attempt to set a world record and become the biggest bowling tournament ever held.

The fifth year of this popular marathon – which has already acquired an international reputation – brought a first Slovak record in 2006: a 24-hour bowling marathon involving 104 players. A year later, 124 players participated in 24 hours of bowling and in 2008 the event went on for more than 37 hours with as many as 164 bowlers. In 2009, 184 bowlers in Galanta logged 42 hours.

The Slovan Galanta bowling club asked the London headquarters of the Guinness Book of Records to inscribe their marathons in the world record book but the hurdle they had to leap was at least 252 people taking part in a bowling marathon.

Jozef Butko, the main organiser, had no fears about reaching the required level of participation and the bowling club had to literally stop further enrolment after the queue of enthusiastic bowlers came close to 370.

The bowling hall was packed for the record-setting attempt and the honour of bowling first was given to four participants from Galanta – František Pilcz, one of the oldest bowlers, along with Ernest Rácz and Tomáš and Martin Mrva. A team from the Hungarian town of Bábolny followed and it included the first female participant, Violetta Szuntein.

Bowlers from the Czech Republic were also on the starting list and three teams of visually-impaired athletes from Šaľa and Trnava took part. The last team to complete was TJ Družba Piešťany, made up of Jaroslav Kozák, Peter Gocký, Michal Schmidl and Štefan Kočan, who also serves as the president of the Slovak Bowling Association.

The record-setting marathon ended shortly after 20:00 on Sunday, December 19. It had lasted for 75 hours, 1 minute and 42 seconds, and it had a record number of bowlers: 324.

The best single bowler during the marathon was Ľubomír Bugár of the Inter Bratislava club with a score of 611 points, and his team was also named the best of the event.

Jozef Butko accepted the certificate for the new record. More information is available at slovenskerekordy.sk.