SLOVAKIA, a small country in the middle of Europe, is being eyed from several angles by businesses from Norway, a Nordic country which is not a member of the EU. 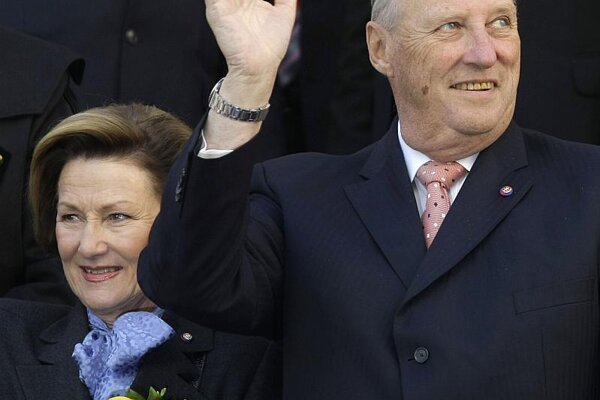 SLOVAKIA, a small country in the middle of Europe, is being eyed from several angles by businesses from Norway, a Nordic country which is not a member of the EU.

“Economic cooperation between Norway and Slovakia is limited, but steadily growing,” Torgal Stahl, the first secretary of the Royal Norwegian Embassy in Bratislava, told The Slovak Spectator. “Trade between Slovakia and Norway amounts to about €325 million, with the vast majority being Slovak products exported to Norway.”

Total Norwegian investments in Slovakia come to about €166 million, Timea Nemesová from the foreign direct investment section of the Slovak Investment and Trade Development Agency (SARIO) told The Slovak Spectator. Of this amount, €133 million has been invested in industrial facilities that have created approximately 2,000 jobs. Nemesová added that between 2002 and 2010 SARIO successfully cooperated on several Norwegian investment projects in the textile and electro-technical industries which created nearly 300 jobs.

Stahl sees the Norwegian and EEA Financial Mechanisms to be the most important pillars of the cooperation with Slovakia. Through these mechanisms Norway, Iceland and Liechtenstein have contributed more than €70 million to various projects in Slovakia during the period from 2004 to 2009.

“The contribution will increase to €80 million for the next five-year period and the Norwegian contribution to these grants is 97.5 percent of the total contribution,” said Stahl.

“The grants not only contribute to reduction of social and economic disparities in Slovakia but have also contributed to strengthening cooperation between the two countries, as many of the projects supported by the grants have Norwegian partners.”

The priority sectors agreed upon by the two countries for grants over the next five years are environmental protection and management, climate change and renewable energy, carbon capture and storage, research and scholarship, protecting cultural heritage, and promotion of decent work and tripartite dialogue, Stahl told The Slovak Spectator.

“These priority sectors correspond with priority areas of both the Slovak and the Norwegian governments and some are sectors where Norway is in the lead,” said Stahl. “This gives prospects for further cooperation between the two countries. The business seminar held in connection with the Norwegian state visit to Slovakia in October 2010 had corporate social responsibility [CSR] as the main topic and this is also an area for further cooperation.”

When King Harald and Queen Sonja of Norway visited Slovakia last October they were accompanied by a large delegation of representatives from Norwegian businesses and other institutions. Stahl believes this was a clear indication of significant interest among Norwegians in doing business in Slovakia. In addition to the main topic of CSR, meetings were held to discuss possible cooperation on renewable energy sources as well as tunnel building, defence and mapping technologies.

Stahl believes that even though both the Norwegian and the Slovak economies were affected by the economic crisis, businesses in both countries seem to be recovering.

“Norwegian businessmen are generally assessing investment conditions in Slovakia at a good level,” said Nemesová. “Most established companies have not had any significant problems and have not encountered any business obstacles. However, some of them have pointed out a certain level of corruption.”

Stahl agreed with that statement and added that, like other international companies, Norwegian firms are concerned that the investment environment in Slovakia is negatively tainted with corruption and with an uncertain situation in the judiciary.

“The fact that the new Slovak government has put the fight against corruption and improving the situation in the judiciary on the top of their political agenda is considered positive and we are looking forward to seeing the results of this work,” said Stahl.

Slovakia already has very well-established relations and well-developed cooperation with Norwegian investors, SARIO said, adding that it has organised many activities with the aim of intensifying trade and investment cooperation between the two countries. SARIO highlighted the Norwegian-Slovak Commercial Forum held in Oslo in June last year that was organised by the Slovak Embassy in Norway and the German-Norwegian Chamber of Commerce of Oslo which focused on supporting Slovak products in Norway and simultaneously drawing more Norwegian investments to Slovakia. It was followed by a Norwegian business mission visiting Prešov on November 25, organised by the Prešov Self-Governing Region and the Slovak Embassy in Norway.

During the Norwegian royal visit in October, SARIO presented Slovakia as an ideal destination for foreign investors at an event held in Bratislava called Get Together that was organised by SARIO’s counterpart, Innovation Norway.

SARIO does not have any specific activities focused on Norway in its current pipeline but it is considering future events in Nordic countries.

“SARIO will also continue to actively strengthen mutual cooperation between the two countries in the future,” Nemesová told The Slovak Spectator.