ANITA Hugau is a proponent of the ‘green Danish fairytale’: her homeland is geared towards using renewable energy and ‘cleantech’ technologies. Yet the ambassador of Denmark is pleased that the stories of Danish fairytale author Hans Christian Andersen resonate with many Slovaks and is impressed that three different theatres in Bratislava are staging different interpretations of the Snow Queen this winter. 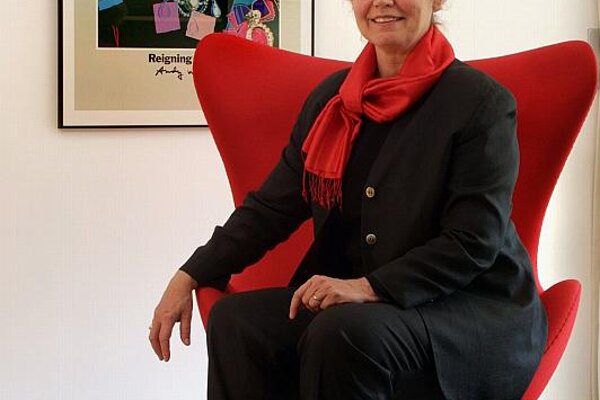 ANITA Hugau is a proponent of the ‘green Danish fairytale’: her homeland is geared towards using renewable energy and ‘cleantech’ technologies. Yet the ambassador of Denmark is pleased that the stories of Danish fairytale author Hans Christian Andersen resonate with many Slovaks and is impressed that three different theatres in Bratislava are staging different interpretations of the Snow Queen this winter.

The Slovak Spectator spoke to Ambassador Hugau about the interest of foreign workers in Denmark, English-language knowledge there, the European currency, the Danish tradition of Folkehojskole, as well as about cultural bridges between the two nations.

The Slovak Spectator (TSS): According to a 2010 New York Times article, the people of Copenhagen not only talk about a green lifestyle, but actually live it – and the city was ranked fifth among 31 cities it recommended visiting. Is this so-called green lifestyle also characteristic of other places in Denmark?

Yes – of course. It’s a widespread and national phenomenon. The bicycle is the preferred means of transportation in most cities, including of course the bigger cities. In the majority of newly built residential areas in the suburbs you will find very energy efficient houses, even so-called “zero energy houses”. I can even mention my favourite island in Denmark, Samsoe, where the total energy consumption comes from renewable sources. Sustainable trash management has also spread nationally. Just to mention a few examples.

TSS: Denmark was the first country to implement environmental legislation and established the first environment ministry. Today, Denmark claims to be among the world’s leaders in “cleantech” technologies and the country is very much geared towards using renewable energy sources, especially wind power. What factors have determined the country’s progress in this area?

Denmark has managed to combine solid economic growth with an ambitious and effective effort within climate change and environmental protection. How? This has been made possible due to many factors as a concerted effort and dialogue between a broad range of actors: a visionary and innovative private sector, strong and constructive grassroots, courageous politicians, ambitious and hard-working civil servants, etc.

Denmark has a very strong welfare state including high standards in the schools and universities; and not to forget the good services within the health-care sector. That might be an attraction. Moreover we have a very strong labour market with high level of standards in the social sphere, the so-called “flexicurity” model. Denmark is an open society for foreign workers in different sectors, e.g. in the construction sector and in health care.

TSS: There is a unique Danish tradition called Folkehojskole which is a specific educational institution for young people aged between 19 and 25. What is special about these schools and why has this tradition survived for over 150 years?

TSS: At Slovak schools English will soon become a mandatory subject. What is the experience of Denmark with teaching foreign languages, especially English?

Denmark is a minor country – like Slovakia. Hardly anyone outside Denmark speaks Danish. As a consequence we have to learn foreign languages. Foreign trade, travelling and exchanging cultures are vital for Denmark and the Danes. We couldn’t manage on such a broad level without a generally high level in English and other languages. Concerning the English language we start already in the fourth grade, at 10-11 years old.

TSS: In a September 2000 referendum Danes rejected the replacement of the Danish krone by the euro. What is the current stance in Denmark towards the single European currency? What has Slovakia’s adoption of the euro meant for potential Danish investors in Slovakia?

Currently Danish membership of the eurozone is not high on the political agenda. No doubt the Danish government would have preferred another referendum on the Danish euro opt-out. However the government has had to acknowledge that the current combination of parties in the Folketinget, the Danish parliament, made a majority vote in favour of a referendum impossible. The next general election for parliament will take place on November 12 at the latest. Hence the next government and the combination of parties in the parliament depend on this forthcoming election and of course on Danish voters.

For the time being we are much more concerned about the whole economic situation in Europe and measures to improve it, not least developments within the eurozone. As you may know, Denmark will hold the EU presidency in the first half of 2012. That might be a catalyst for new discussions
about Danish membership in the eurozone.

The majority of the current Danish investors in Slovakia invested here even before Slovakia
adopted the euro. I personally believe that the Danish interest in investing in Slovakia is influenced by several other factors and that the euro is today just one of these factors. Moreover the Danish currency, the krone, is pegged to the euro via the European Union’s exchange rate mechanism.

TSS: Is the Slovak business environment an attractive investment environment for Danish companies? Where do you see some more potential for cooperation?


This is a perfect mix for cooperation between companies from our countries. With increasing purchasing power in Slovakia it will also be easier to sell high-quality Danish products.

TSS: Culture is one of the best vehicles for communicating values and building bridges between countries. What aspects of Slovak culture are or could be of interest to a Danish audience and vice versa?

The many picturesque towns with historical squares and centres, in some cases combined with medieval castles, are among some of the main cultural attractions in Slovakia. Also, the mountainous areas with the many hiking paths in beautiful natural settings offer an attractive alternative to the rather flat geography of Denmark. In recent years we have noticed that a cruise on the Danube between Vienna and Bratislava is becoming increasingly popular for city goers among the Danish audience.

Denmark offers thousands of kilometres of attractive sandy beaches to an audience from a landlocked country like Slovakia. On average, no Dane is more than 50 kilometres from the ocean. The sea is so clean that it is even possible to swim in the harbour in the centre of Copenhagen, where several areas have been especially prepared for swimming. Add to this 12,000 kilometres of
biking routes, which are safe for children and ideal for family holidays.

In terms of cultural activities in Slovakia, I am very pleased to see that stories of the Danish fairytale writer Hans Christian Andersen are dear to so many Slovaks. It has impressed me that three different theatres in Bratislava are staging different interpretations of the Snow Queen this winter.

I am equally pleased to see that many film festivals in Slovakia are screening movies by contemporary Danish filmmakers. The upcoming Nordfest Film Festival in Kino Nostalgia from February 11 till March 2 is, based on the interest of the Slovak audience last year, a good example.

In terms of cultural activities, the Embassy of Denmark in general strives to support events that can either generate or maintain awareness about Danish culture among the Slovak audience: the annual film festivals, Danish artists visiting Slovakia, etc. Efforts are being made to support an open and varied programme for the benefit of as many people as possible in Slovakia.

TSS: In 2007, the Kierkegaard Society in Slovakia was established in the town of Šaľa. What do such societies mean for cooperation between nations?


AH: Shortly after my arrival in Slovakia in September 2010 I was invited to Šaľa to an international conference on the Danish philosopher Soren Aaby Kierkegaard, and I was very pleased to experience the enthusiasm for Kierkegaard among the Kierkegaard Society in Slovakia.

From my postings as ambassador to other parts of the world I know that issues addressed by Kierkegaard have an international appeal, which can connect societies and nations. The conference was a clear illustration of this, as participants from as far as the Americas gathered for two days discussing the issue of ethics – the theme of the conference. At the expert level, the interest in Kierkegaard has also generated an interest in the Danish language as some experts have found it attractive to study the original Danish texts written by Kierkegaard.