Innovation as way of life

JUKKA Leino very much hopes that the grand finale of the Ice Hockey World Championship on May 15 in Bratislava will feature a match between Slovakia and his homeland Finland. The Finnish ambassador sees many more bridges between the two countries than merely ice hockey, saying, for example, that Finland’s Turku, which is currently a European capital of culture, is sharing its experiences with Košice as it prepares to assume that title in 2013. 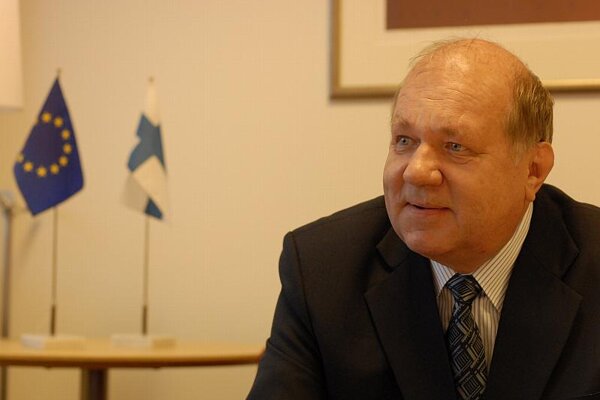 JUKKA Leino very much hopes that the grand finale of the Ice Hockey World Championship on May 15 in Bratislava will feature a match between Slovakia and his homeland Finland. The Finnish ambassador sees many more bridges between the two countries than merely ice hockey, saying, for example, that Finland’s Turku, which is currently a European capital of culture, is sharing its experiences with Košice as it prepares to assume that title in 2013.

The Slovak Spectator spoke with Ambassador Leino about Finland’s ability to pursue innovation as well as Finns' good eye for design. Both are integral parts of the Finnish style of life as are high educational achievement, concern for the environment and, of course, ice hockey.

The Slovak Spectator (TSS): Last year, the Finnish parliament approved construction of two new nuclear power plants. What is the role of nuclear energy in the country’s energy security plan? Fossil fuels accounted for more than half of Finland’s energy use in 2009 so how is the government addressing this issue?

Some 15 years ago there was an anti-nuclear power movement in Finland but gradually the attitude has changed as Finland has been trying to diversify its energy resources. One of the arguments was: why should we buy electricity generated by nuclear plants in Russia when we can build our own nuclear power plants? We now have two units in Olkiluoto and two in Loviisa, altogether four units, while one unit has been under construction for many years. In summer 2010 the government approved the construction of two more units. However, it might take many years until these units are finished and they start producing electricity. One of our motivations was to reduce greenhouse gas emissions so that energy production is cleaner. Of course, we have some other sources of energy such as woodchips, a bio-fuel; we are also using heat-pumps and wind power and we are making plans to utilise wind power even more intensively.

TSS: Your embassy states in one of its introductory documents that Finns are very much intertwined with design and that it is part of everyday Finnish life. Why is this?

We are a design nation and our design work has a long history and a very strong tradition within society. Why and how? That’s a good question. I think it is part of the Nordic or Scandinavian culture: all the Scandinavian countries put emphasis on design. Design is part of everyday life and it has always been so in Finland. It penetrates all the fields: glass, architecture, furniture, even such everyday things such as scissors; they’re all carefully designed. We just recently exhibited some examples of Finnish design here in Bratislava at the Ministry of Culture, which hosted an exhibition of Finnish glass. We tried to bring a glimpse of Finnish design to Slovakia. Indeed, Helsinki has been designated the world design capital in 2012, which will be a very important event.

TSS: Has the business potential between Finland and Slovakia been fully explored? Which areas are open to further cooperation?

There are about 25 Finnish companies in Slovakia. These are mostly small or medium-sized businesses but some larger businesses as well have been considering coming to Slovakia. Nevertheless, the business potential has not been fully used. We need to do more to make Slovakia known in Finland and also to make Finland better known here in Slovakia. Of course, the embassy cannot create economic activities – but it can always try to get the right people to create something, to initiate economic activities; we can help create the groundwork for potential partners to meet. One of the fields which might be interesting for Finnish-Slovak cooperation is in environmental technologies. Another aspect that links Slovakia and Finland is forests and for that reason production of all kinds of forestry equipment could be interesting. The area of renewable energies is also one of the fields offering a lot of potential for business. Since Slovakia is interested in developing a knowledge-based society, Finland – as a knowledge-based, innovative society – can share its know-how.

TSS: Finland’s Turku, along with Tallinn in Estonia, became a European Capital of Culture for 2011. What do you expect this will bring to Finland? What experiences can Finland share with Slovakia's Košice when it holds this title in 2013?

Turku and Tallinn are the European cultural capitals for this year. This is one of the biggest cultural events ever in Finland. Turku is the old capital of the country and in a way it is the nest of cultural life in Finland. We are expecting hundreds of thousands of foreign visitors and two million participants for various events. There will be about 120 big programmes but also many smaller ones and almost every day will bring some kind of cultural surprise. Since Košice will take over as a cultural capital in 2013, we have already created a bridge between Košice and Turku and there was a visitor from the Košice organisers who was in touch with the organisers from Turku to share experiences. Turku’s message, after all, is that culture does good and it improves everyone’s emotional and physical well-being.

TSS: According to a news report, Finns have been raising money for charity by losing weight and the money has gone to teachers’ education in Nepal. Why was there such a massive response to an initiative like this?

Many Finns grew fatter because of an unhealthy life style and unhealthy food. But there has been a shift in Finland. Finns are now more inclined to switch from strong alcohol to wine or lighter drinks while they are also being advised to eat healthier food, more fish and vegetables. The idea you described came from a wealthy Finnish man who said that he would put €10 million on the table and would pay €30 for each kilo that Finns lost. Lots of people went on a diet and almost 15,000 people, 3,000 men and 12,000 women, joined the programme called Fat for Literacy. The men lost 13,000 kilos and the women 35,000 kilos. The sum they were to be paid for their weight loss went to Nepal to train teachers who teach students how to read. It is true that the businessman promised €10 million and he only had to send €1.4 million, but the Finnish people got healthier and the Nepalese more literate and it was definitely a win-win situation.

TSS: The European Commission has again ranked Finland among the leading innovators in the EU. How is Finland able to repeatedly accomplish this?

It’s a basic requirement. If you want to be a well-developed country, you must invest in research and innovation. So we have put a lot of emphasis on these aspects. We have created a national innovation strategy and there is a special commission led by the prime minister that is dealing with the innovation agenda. The strategy for 2011-2015 has just been passed. An effective and high-level education system, which inspires people to use their talents, to be creative and innovative, and even a bit crazy, are behind this innovation policy. Students at a certain stage of their education have a chance to show whether they have talents, then they are supported and are given the opportunity to continue their education in a way that builds their talents. What I would name as specific in the Finnish way of thinking is that when something unexpected happens, Finns can very quickly create an alternative solution. We always have a plan B.