THE ISSUE of dual citizenship is proving as controversial as ever, and led to a major disagreement within the coalition on February 10. After parliament failed to pass the coalition’s draft amendment of the citizenship law and two coalition MPs voted in favour of an opposition draft, Most-Híd blocked parliamentary business, leading Freedom and Solidarity (SaS) to sack renegade MP Igor Matovič from its parliamentary caucus. 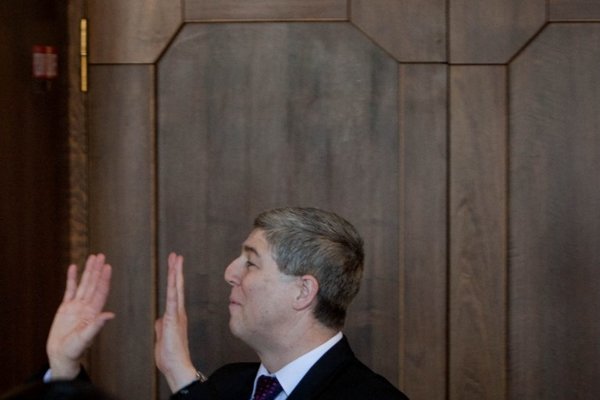 THE ISSUE of dual citizenship is proving as controversial as ever, and led to a major disagreement within the coalition on February 10. After parliament failed to pass the coalition’s draft amendment of the citizenship law and two coalition MPs voted in favour of an opposition draft, Most-Híd blocked parliamentary business, leading Freedom and Solidarity (SaS) to sack renegade MP Igor Matovič from its parliamentary caucus.

Most-Híd leader Béla Bugár announced that his party would not vote for other coalition draft laws until the situation had been clarified, and called on fellow coalition parties SaS and the Christian Democratic Movement (KDH) to deal with their errant MPs. Matovič, who leads the four-member Ordinary People faction within SaS, and Radoslav Procházka, a KDH deputy, supported a draft amendment proposed by the opposition Smer party. Bugár also called on Prime Minister Iveta Radičová to act, and convene a session of the Coalition Council, saying “this is a problem for the whole coalition”.

SaS leader Richard Sulík subsequently announced Matovič was being expelled from the SaS parliamentary caucus, thus making him the second independent MP, following the recent departure of Andrej Ďurkovský from the KDH caucus.

Matovič said he voted in line with his faction’s agreement with the Coalition Council, since Smer’s amendment was defeated (as one Ordinary People MP voted against it, while the remaining two abstained), but insisted that his vote in favour of Smer’s amendment was covered by the agreement as he had made clear that he wanted to vote in line with his conscience. Matovič added that he had been deceived by the rest of the coalition, but did not specify in what way.
“I’ve always voted in line with my conscience, and I will continue to do so,” was his response when asked if he would continue to support the ruling coalition as an independent MP.

The Coalition Council had met earlier, on the evening of February 9, after a vote on the coalition amendment was postponed due to disagreements within the coalition, to discuss possible solutions to the situation.

Matovič said that if his alteration to the coalition draft was not accepted, he would vote for the draft amendment proposed by the opposition Smer party, which was closer to his preferred version.
Matovič in particular wanted to retain the facility to remove Slovak citizenship from people who acquire the citizenship of another country if they have not lived, worked, studied or done business there for at least a year, or if their relatives do not hail from that state.

Smer’s amendment would have allowed Slovak citizens to obtain the citizenship of a country where they have been registered as a resident for at least six months. The coalition draft revision of the Citizenship Act, in contrast, wanted to remove the provision that allows those who acquire the citizenship of another state to be stripped of their Slovak citizenship altogether, with the exception of police, army, intelligence services and security officers.

Most-Híd is most exercised about the changes as it represents many Hungarian-speaking Slovak citizens who could be targeted if they seek Hungarian citizenship, something made easier by a law passed by Budapest last year.

Matovič was not the only rebel. The KDH’s Radoslav Procházka announced in the parliamentary debate on February 9 that he would also refuse to support the coalition draft, but for rather different reasons. He was opposed to a provision which stated that Slovakia does not recognise the citizenship of a person if it was not gained in line with international law.

“It looks as if we don’t recognise the effects [of such laws] only in cases where we specifically state so, but otherwise we do recognise them,” Procházka said, as quoted by SITA.

“If anyone tries to force me to vote against my conscience, I will quit the coalition,” Matovič said on February 9, as quoted by the SITA newswire in reaction to voices from the coalition suggesting that he and his faction should support the coalition draft.

Matovič’s determination has shaken the ruling coalition and prompted some strong statements, particularly from Most-Híd leader Béla Bugár, who said that if Matovič voted with Smer, he would consider him an opposition MP. Speaking on TV news channel TA3, Bugár conceded that such an eventuality might lead to a minority government. Following the departure of Ďurkovský and now Matovič the coalition commands the votes of only 77 MPs out of 150, although Ďurkovský has pledged to continue voting with it.

In the end, in line with the agreement reached in the Coalition Council, the four Ordinary People voted in favour of their own version of the coalition draft, after which Gábor Gál of Most-Híd, one of the authors of the coalition draft, withdrew the original proposal. Parliament then voted on Smer’s draft, which was defeated despite the fact that both Matovič and Procházka supported it.
Prior to the vote, when Matovič announced the arrangement to journalists, he said he wanted “the result to be a good law which will be the result of an agreement across the coalition and the opposition”.