SLOVAKIA’S state and district offices that are charged with prosecuting those who violate the law are next on the government’s agenda for what the prime minister and justice minister call more public control and transparency. 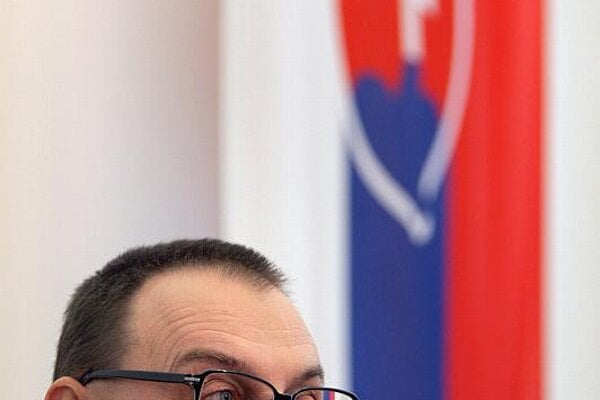 SLOVAKIA’S state and district offices that are charged with prosecuting those who violate the law are next on the government’s agenda for what the prime minister and justice minister call more public control and transparency.

At the end of last year the ruling coalition parties were unable to select a new general prosecutor despite a series of votes in parliament, a debacle that rocked the Slovak political scene. Now the post of general prosecutor, the top prosecutorial position in the country, is vacant and the Justice Ministry is promising that the next person in that position will have to follow some new rules.

The amendment to the Law on Prosecution prepared by the Justice Ministry has been undergoing interdepartmental review since February 4 and will remain open for comments for another three weeks. The General Prosecutor’s Office had the draft earlier, for its review and comment.


Prime Minister Iveta Radičová stated that the substance of the amendment is based on feedback from citizens, saying that 65 percent of Slovaks believe that the country’s prosecutors have failed in cases involving organised crime or in prosecuting ‘big fish’ and ‘white collar’ crimes. She added that in the future these kinds of cases should not be swept under the rug as easily because of several changes included in the amendment, such as banning so-called ‘negative orders’ issued by higher-level prosecutors.

“We respect the hierarchic structure of the organisation of prosecution and therefore if the direct superior of a prosecutor feels that a prosecutor is not handling a case right, he or she can take over the case and decide on it alone,” Žitňanská said.

The justice minister has also proposed the elimination of the position of prosecution clerk and instead seeks to introduce the position of prosecutor’s assistant. In this way the minister said she wants to open the process for selecting new prosecutors to all candidates who fulfil the requirements of the position. Currently, prosecution clerks are favoured to become new prosecutors, the minister said, while noting that former General Prosecutor Dobroslav Trnka had refused to make this change.

“The institute of prosecution clerks is meant for the systematic preparation of the clerks for the post of a prosecutor, both professionally and organisationally,” Trnka wrote in an open letter to the justice minister dated February 2, his last day in office, while also criticising all other aspects of the ministry’s proposed amendment.

To be transparent, the selection process for prosecutors should be similar to that for judges, Žitňanská said, with all the documentation submitted by a candidate and information assembled by a selection commission being published. She added that head prosecutors in districts will be selected in this way under the amendment and will serve for a maximum of two five-year terms rather than for an indefinite period, as is currently the case.

There is controversy over the composition of these selection committees. The amendment, following the principles that are included in the recently enacted law on judges, states that the selection committee will consist of five members, one nominated by parliament’s constitutional affairs committee, one nominated by Slovakia’s Council of Prosecutors at the state level, two nominated by the Justice Ministry, and one person selected by the prosecutors’ council in the district with a vacant prosecutor’s position.

Following up on the Radičová government’s previous approach to making the work of public institutions more open to the general public, the amendment proposes that certain decisions be published online: decisions by selection committees, decisions of disciplinary committees, and decisions made by a prosecutor’s office which do not lead to further court processes. Additionally, prosecutors’ declarations of assets should be published on the website of the General Prosecutor’s Office, according to the amendment.

Trnka has expressed concerns that the amendment is an attempt to politicise the work of the country’s prosecutors and give more control to the government over their decision-making.


“The proposed legislation restricts the autonomy of the prosecution and of the general prosecutor in relation to political power and basically is directed only towards one aim, the politicisation of the prosecution,” Trnka wrote, suggesting that if the law is passed in its current form he would seek review of it by the Constitutional Court.

“A closed system always defends itself from opening to public control,” Žitňanská said in reaction to Trnka’s criticism.


Trnka would be eligible

The proposed amendment states that a general prosecutor (GP) will serve only one seven-year term. The prime minister said this was designed “to strengthen the independence of the GP from politicians so that the GP is not tempted to impress some politicians or political parties based on the fact that they might vote for him or her for the next seven years”. But the proposed amendment does not make this restriction retroactive.

“I welcome that we have reached an agreement with the minister,” Radičová said about the proposed law having an initial, temporary clause which prevents it from being applied retroactively, thus allowing previous general prosecutors to again seek the post under the new law. Thus, Trnka would be eligible to seek the post again and could serve for another seven years.

Trnka is therefore still responsible for criminal cases and in the event of Tichý’s absence he may have the top decision-making power with the General Prosecutor’s Office, even though Trnka had told broadcaster TV Markíza that he was going to act as “a normal, ordinary prosecutor” after his term elapsed. The Sme daily wrote that it suspected that Trnka had created the deputy’s position for himself only shortly before his departure when he changed the office’s organisational structure. Sme wrote that Trnka refused to comment on its story.