SLOVAKIA’S mega public broadcaster now has a permanent chief: Miloslava Zemková, the interim director of Radio and Television of Slovakia (RTVS), which was created by the merger of Slovak Radio (SRo) and Slovak Television (STV) at the beginning of 2011. She was chosen by parliament to carry through what Culture Minister Daniel Krajcer has called a significant reform of the public media in Slovakia. 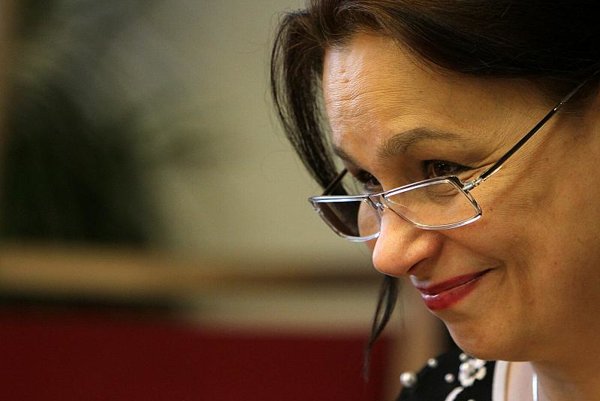 SLOVAKIA’S mega public broadcaster now has a permanent chief: Miloslava Zemková, the interim director of Radio and Television of Slovakia (RTVS), which was created by the merger of Slovak Radio (SRo) and Slovak Television (STV) at the beginning of 2011. She was chosen by parliament to carry through what Culture Minister Daniel Krajcer has called a significant reform of the public media in Slovakia.

On February 10, Zemková was supported by 80 out of 137 MPs present in a recorded vote in parliament. According to unofficial information, along with MPs from the ruling coalition parties, two independent deputies – Igor Matovič, who was expelled from the Freedom and Solidarity deputy caucus earlier in the day, and Andrej Ďurkovský, formerly of the Christian Democratic Movement – voted for Zemková, the SITA newswire reported.

After a first round earlier on February 10, Zemková competed head-to-head with Jaroslav Rezník, the director-general of the TASR newswire. Both, Rezník and Zemková had managed SRo in the past. Rezník received only a single vote after the opposition parties abstained. Krajcer had earlier pointed out that Zemková has a proven record as a successful manager without any political affiliation.

Among 18 candidates who had submitted applications, only Peter Abrahám, a former member of Slovakia’s licensing council and Fedor Flašík, a promotions expert, as well as Zemková and Rezník, were dubbed as having much chance of being elected.

In her presentation to parliament Zemková pointed to the potential risks of merging the ailing TV network with the financially healthier radio broadcaster, while stressing that even if she were elected by MPs, she would not be a political nominee.

She stated that if the future director failed to properly handle the financial challenges of consolidating the radio and television broadcasters, it could mean the end of public media in Slovakia, the SITA newswire reported.

Rezník called his presentation “Building a strong brand” and said that programming is the most important thing since viewers are not interested in the financial problems of STV, which he called “a factory producing debts”. Rezník said that the dire financial situation cannot be remedied without additional state support.

Flašík advocated merging the state-owned TASR newswire into RTVS while also building a greenfield media centre, a concept similar to one favoured by former culture minister Marek Maďarič, who is now an MP for opposition party Smer. Flašík’s wife, Monika Flašíková Beňová, is a prominent member of Smer.

Krajcer said that merging the two broadcasters into RTVS should save the state €1.65 million in just the first year. But the overall debt of STV for 2011 is expected to reach €36 million.

Krajcer called the merger the first step in a broader reform of public-service media in Slovakia which he said would take about three years and involve a fundamental change in its method of financing. Beginning in 2012, the public-service broadcaster will no longer receive revenue from the so-called concessionary fee paid by all electricity consumers in Slovakia.

The consolidation is also expected to include moving the two broadcasters into a single building at some point in the future.

When the interim management took over they said no major reshuffling would occur within the television arm of RTVS but some personnel changes were made. The career of former STV director general Štefan Nižňanský, who had signed some large contracts in December just before leaving office, was brought to an end. Some of Nižňanský’s decisions as director had evoked strong concern among some media professionals and even though Krajcer stressed last year that the merger was not designed to remove Nižňanský from his position, the parties of the governing coalition never hid their criticism of his work.

Officials of other Slovak media outlets speculated throughout 2010 that STV was on the verge of financial collapse.