GOLDEN parachutes for CEOs, fishy sales of excess emission quotas at a hefty discount on the market price and failed political nominations to top managerial posts have brought the subject of state-owned heating companies under the political spotlight. Now the government has decided to put six heat producers up for sale based on an analysis by the country’s privatisation agency which says that the state would, in the long run, be better off selling at least part of its stake in these companies rather than trying to manage them. 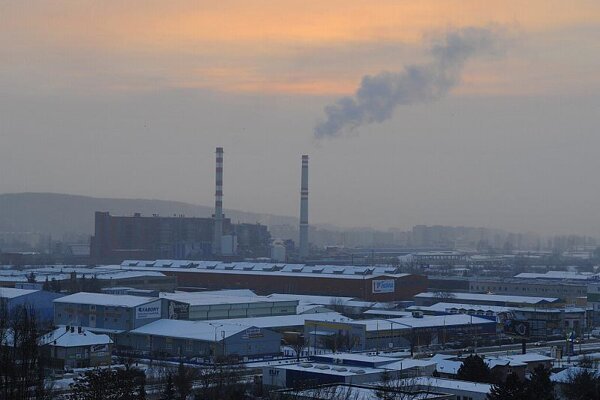 GOLDEN parachutes for CEOs, fishy sales of excess emission quotas at a hefty discount on the market price and failed political nominations to top managerial posts have brought the subject of state-owned heating companies under the political spotlight. Now the government has decided to put six heat producers up for sale based on an analysis by the country’s privatisation agency which says that the state would, in the long run, be better off selling at least part of its stake in these companies rather than trying to manage them.

The cabinet approved the sale on February 9. Yet, as recently as January 20, Prime Minister Iveta Radičová said that only companies that have been consistently loss-making would be considered for sale. Finance Minister Ivan Mikloš commented that even if some of these companies, which produce hot water and steam to heat whole residential blocks and even city districts via piped distribution networks, have reported profits these have largely been down to one-off sales of excess emissions quotas – and that some of the companies have remained loss-making even after taking such income into account.

Privatisation is in the public interest, Mikloš said, adding that the experience of keeping heating companies in state hands has shown that they do not develop well and have slipped further into debt.

The state privatisation agency, the National Property Fund (FNM), has now been tasked with designing a privatisation process. The sale will happen in the form of a tender and the state will be looking for strategic investors.

Robert Fico, the leader of Slovakia’s largest opposition party, Smer, said that he would be keeping an eye on the planned privatisation, which he dubbed “one of the biggest robberies ever seen in Slovakia”.

“We rejected this sale of state property,” Fico said, as quoted by the SITA newswire, referring to the government he led between 2006 and 2010. “It was worth it, because the firms were providing households with heat in a stable manner at stable prices. This privatisation has no other goal than to fill someone’s pocket. It is senseless because privatisation will increase the prices of heat.”

However, the FNM in its analysis leans towards a sale of state shares in the heating companies, citing a long-term fall in the volume of heat sold and a related drop in profits. The FNM also pointed to the need for investment to make the heating plants more environmentally friendly, and to reduce their debt burden.

The generally outdated heat-producing technology in use and the need for investment in development, as well as huge opportunities for cost-cutting were also listed by the FNM as reasons why the companies should be sold. Other factors supporting a sale were their record of disadvantageous procurement, low return on investment and declining competitiveness.

According to the FNM, the existing management teams have preferred to pursue short-term goals rather than long-term needs, in fundamental contradiction to the needs of businesses in the heat production sector.

“We expect that after privatisation investors will speed up the introduction of modern ways of management and services with added value,” the FNM wrote in its analysis. “Improved management of the companies will bring higher profitability and higher collection of taxes for the state budget.”

Though the exact volume of shares that will be put up for sale has not yet been decided, the state will sell at least 51 percent of its stake in the companies. According to Mikloš, an analysis by relevant ministries and the privatisation agency will decide the share that will be sold.

One day before the cabinet made its decision, Cofely, an energy company, stated that it fully supported the government’s plan to privatise the heat-producing companies. The company indicated it would be interested in investing if the privatisations were to go ahead.

“We’re convinced that privatisation of the heating plants is a good way to secure effective management and the future of the energy sector in Slovakia,” Cofely general director and management board chairman Peter Strýček said in a statement.

Another company, Dalkia, has also indicated an interest, with Vincent Barbier confirming that the company would enter negotiations about conditions for the sale. However, he also said that at this point, due to the fact that over the past five years the economic conditions of the heating companies have changed, it is not possible for the company to specify which heating companies Dalkia would target.

The Union of Towns and Cities of Slovakia said that the cities the companies serve should be allowed to obtain either 100 percent, a majority share of 51 percent, or at least a minority share in the firms being sold.

“Heating production is unambiguously a business of local importance, which means that it is not a strategic property and it can be successfully developed only when it intertwined, in terms of property, with the municipalities,” Marián Minarovič, the union’s chairman, wrote in a statement.

One issue that has attracted significant media attention is the golden parachutes given to managers at Košice-based heating plant TEKO, where two executives received severance payments of €100,000 and €90,000 respectively, despite holding their posts in the company for only a few weeks or months.

Radičová admitted that the practice of selecting and remunerating managers in companies where the state holds stakes has proved problematic and the government is therefore planning to introduce normal competitive selection procedures with the results made public.

“The coalition is moving away from political nominations,” Radičová said, adding that her team does not want to pursue a pattern followed by its predecessors which had been proved wrong.

Economy Minister Juraj Miškov, a nominee of the Freedom and Solidarity (SaS) party, suggested that he would propose banning political nominees in state-owned companies from receiving severance payments, or would at least place limits on them.

“State nominees on management boards and supervisory boards won’t be entitled to any severance payments whatsoever,” Miškov said, as quoted by the TASR newswire.

Media reports suggest that considerable mismanagement at some heating companies took place under the 2006-2010 Fico government. Specifically, several questions have been raised about activities under managers nominated by Fico’s junior coalition partner, the Slovak National Party (SNS). In one example, the Žilinská Teplárenská heating company, while headed by an SNS nominee, Juraj Králik, sold 60,000 tonnes of excess emissions quotas in 2008 at half the market price. SaS subsequently nominated Králik to a senior position at another heating company after last year’s election. The party said after the publication of reports about the dubious sale of emissions quotas at Žilinská Teplárenská that Králik would be dismissed.

The Trnava heating company, now controlled by the Most-Híd party, also had its own scandal over a dubious sale of emissions quotas. Between 2008 and 2009 the company sold emission quotas at €0.01 per tonne despite the market price being around €20 per tonne. Most-Híd said it had instructed the new director of the company to sack two managers.

Adam Valček contributed to this report