The crisis delivered a ‘tough lecture’

INVESTMENT and private equity groups eyed the boom in building and property sales in the early years of this decade and many entered what they thought was an unfailingly lucrative market by building office complexes, logistics parks, residential properties and other kinds of commercial facilities. The economic and financial crisis over the past several years was a very cold shower for those who had active real estate projects and Slovakia’s investment groups did not totally escape from the chilly water. 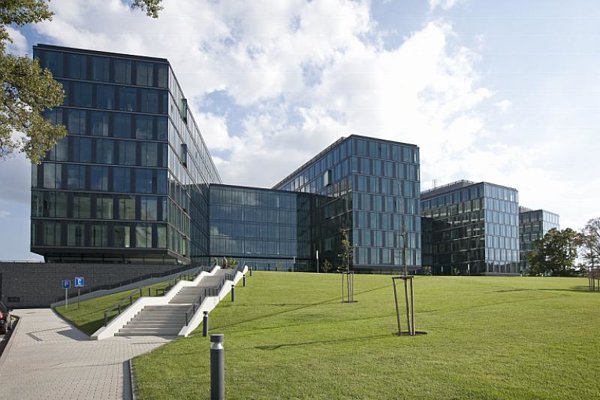 INVESTMENT and private equity groups eyed the boom in building and property sales in the early years of this decade and many entered what they thought was an unfailingly lucrative market by building office complexes, logistics parks, residential properties and other kinds of commercial facilities. The economic and financial crisis over the past several years was a very cold shower for those who had active real estate projects and Slovakia’s investment groups did not totally escape from the chilly water.

“Just during the deepest crisis period in the fall of 2008, J&T Real Estate spun off from the J&T Group and under the ownership of Peter Korbačka created an independent holding,” Pavel Pelikán, the executive director of J&T Real Estate told The Slovak Spectator. “This shows that even the crisis did not distract us from our trust in real estate projects.”

Pelikán conceded that J&T Real Estate felt some blows from the crisis but emphasised that this led to a change in its approach to projects, leading the firm to pay more attention to the needs and requirements of its clients.

Among the most well-known of J&T’s real estate projects is the River Park complex on the north bank of the Danube River in Bratislava, with its apartments, office space, hotel, restaurants, and other attractions, including a seasonal outdoor ice skating rink.

“Our group has historically not carried out overly ambitious projects; we rather went into smaller projects or projects with a possibility of gradual realisation of the investment, such as in phases,” Rastislav Velič, the financial and project manager of Arca Capital, told The Slovak Spectator. “Our biggest investment in either Slovakia or the Czech Republic is the Liptovská Osada tourist resort. We have projects comparable in size and extent in Ukraine but in the Ukrainian context these are smaller or mid-sized projects. But these focus on the residential sector and logistics.”

According to Velič, the crisis has clearly defined certain limits in particular real estate investment sectors and brought a broader variety of projects.

“The crisis showed that a well-chosen concept in a good locality is prospective during any phase of the economic cycle,” said Velič, adding that projects which did not take into consideration broader relationships had to be changed and exaggerated expectations had to be corrected. But Velič sees this as natural in an environment where demand is the driving force in the market.

“Penta is focusing on office space, retail trade, and leisure-time and entertainment activities as well as preparation of sites for new projects,” Danko told The Slovak Spectator. “Penta’s planned real estate investments will total €1.1 billion by 2018.”

The crisis slowed down some of Penta’s projects as it has had to respond to the market situation and falling demand.

“We put stress especially on projects which were in the most advanced phase,” Danko said. “For example, the third phase of the Digital Park office project, where the approval process is soon to be completed will see construction start in March.”

The third phase of Digital Park will bring more than 21,000 square metres of office space to the Bratislava market and it is expected to be finished by the end of 2012.

Penta expects that the real estate market in the future will demand that investors be more selective in choosing projects than they were before the crisis.

“For example, in residential construction the end-user who wants to buy an apartment for living and not as a ‘speculative’ investment will dominate,” said Danko. “Projects which will be as close as possible to the optimal ratio between price, quality and locality will have the best chance of success.”

Pelikán of J&T Real Estate expects a more balanced ratio in supply and demand and a greater degree of realism, saying that one should not expect massive construction of speculative projects, either in the office or residential segment, like in the past when potential tenants were sought only after construction had begun or even after a project was finished.

“Balancing supply and demand will also put price levels of projects on a more realistic basis: bad projects will be sold for low prices, or not at all, and good projects which offer clients an added value because of location, services or amenities will have a chance of higher prices and good selling rates,” Pelikán said.

Velič agreed that the crisis has fixed certain distortions in the real estate market and in 2011 his company expects a revival of investment in residential real estate because many of Slovakia’s ‘panelák’ apartment buildings are approaching the end of their useful life, in industrial real estate because production is increasing and bringing demand for new logistic centres, and in tourist facilities as that sector is also waking up.

“But the lecture [delivered by the crisis] was tough and for that reason growth in the real estate sector will be gradual and more cautious,” Velič said, adding: “But only until we forget this lecture and again slip into exaggerated optimism.”