THE DAYS when governments anxiously monitor rising prices for goods and services in their countries have returned. Inflationary pressures were almost nonexistent in most countries during the global economic downturn but recent price jumps for several commodities, particularly foodstuffs, and rising oil prices as well as higher taxes to reduce public deficits have raised concerns about higher inflation in 2011. 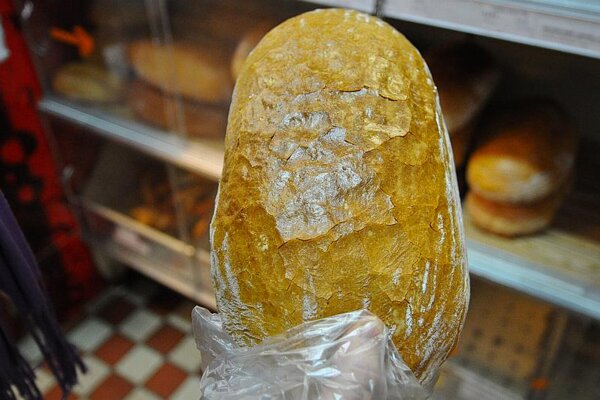 THE DAYS when governments anxiously monitor rising prices for goods and services in their countries have returned. Inflationary pressures were almost nonexistent in most countries during the global economic downturn but recent price jumps for several commodities, particularly foodstuffs, and rising oil prices as well as higher taxes to reduce public deficits have raised concerns about higher inflation in 2011.


Prices in Slovakia in January were 3 percent higher than January last year, up 1.9 percent percentage points compared to December.

“Slovakia is witnessing the largest surge in prices for the past five years,” said Smer leader Robert Fico, a former prime minister, attributing the higher prices to the policies pursued by the current centreright government led by Iveta Radičová. The Finance Ministry retorted that the rate of inflation in January was nothing extraordinary. The ministry’s state secretary, Vladimír Tvaroška, told a press conference that even though inflation of 3 percent is unpleasant, historical figures show that since 2002 the inflation rate has always exceeded 3 percent at the beginning of the year – with the only exception being in 2010, which he said was a crisis year.

“During all the previous years, regardless of whether it was the government of [Mikuláš] Dzurinda or [Robert] Fico, prices in January have always grown by more than 3 percent,” Tvaroška said, as quoted by the SITA newswire.

The Finance Ministry conceded, however, that the state’s austerity package to cut the public deficit has also contributed to rising consumer prices and it estimated that these steps, particularly the increase in value added tax on January 1, added 0.54 percentage points to the rate of inflation reported in January, according to a news release from the ministry’s Financial Policy Institute (FPI).

“After excluding the [austerity] package, without modifications of the regulated prices, the year-on-year rate of inflation would stand at 2.5 percent,” FPI wrote.

The institute’s analysis added that there was a significant surge in regulated prices, mainly energy prices in January: electricity prices jumped by 9.2 percent, prices for heat from central heating plants grew by 7.6 percent, and the price for natural gas went up by 5.4 percent. Regulated prices as a group grew by 5.8 percent in January in comparison to January 2010. The ministry added that it believes the 6.1-percent increase in food prices registered in January was caused by developments in global markets related to last year’s very poor harvest for certain grains and legumes.

The ministry estimated that inflation for the whole year will be 3.5 percent and that salaries will grow slightly more, by 3.7 percent.

Fico attributed “a substantial portion” of the January price increases to what he called “a senseless right-wing package of measures” worked up and approved by the current government, adding that “price hikes ensue whenever [former prime minister] Mikuláš Dzurinda is in a position of power”.

“What this rightist government is orchestrating now is beyond all expectations,” Fico continued, as quoted by the TASR newswire. “The Slovak public will be faced with more and more disastrous effects.”

In addition to tax increases and jumps in regulated energy prices, food and softdrink prices increased by 6.1 percent yearon-year in January, transport prices went up by 4 percent and prices for housing, water, electricity, gas and other fuels rose by 3.7 percent according to data from Slovakia’s Statistics Office. The prices of health-care services grew by 3.5 percent and prices for alcoholic beverages and tobacco rose by 2 percent.

“Higher VAT introduced by the government’s consolidation package has contributed to higher prices but regulated prices and prices in commodity markets have also played a role,” Eva Sadovská, an analyst with Poštová Banka, told The Slovak Spectator.

Oil prices have been growing over the last year and at the end of January the price of Brent crude surpassed the psychologically important level of $100 a barrel, Sadovská noted. Prices for grains and legumes such as wheat, corn and soybeans are also much higher than last year, Sadovská added, giving the example of wheat prices which in the fifth week of 2011 were 24 percent higher than three months ago and corn and soybean prices which were nearly 17 percent higher than three months ago.

“There is probably no driver who has not noticed the price level for petrol nearing €1.40 per litre in recent weeks,” Sadovská stated, adding that cars are now running on fuel that is more expensive than in 2008, when the price of petrol last hit a maximum. “The price tag for diesel has been increasing as well, even though it has not yet reached its precrisis maximum level.”

Sadovská stated that changes in oil and fuel prices in world markets is first of all behind the recent rise in inflation in Slovakia, along with this year’s actions to reduce the public deficit by raising certain taxes and fees. For motorists, truckers and farmers, Sadovská noted that several fuel exemptions were cancelled and that the higher VAT rate applies to fuels, electronic road tolls and car highway stickers even though the price of those stickers was increased by nearly 40 percent in 2011 from €36.50 to €50.

Sadovská predicted that overall consumer prices will increase this year in the range of 3.4 to 3.5 percent but that food prices could grow by 6 to 7 percent. However, she expects that high unemployment in Slovakia and reduced domestic demand will continue to constrain inflation in the coming months.

Boris Fojtík, an analyst with Tatra Banka, stated that market analysts had expected the recent increase in prices in Slovakia while noting that a surprise similar to what happened in the Czech Republic did not happen here. Inflation in the Czech Republic in January was lower than expected.

Fojtík noted that the largest contributors to January’s inflation were regulated energy prices and since most of these are in the housing category it was not surprising that spending linked to housing recorded an increase of 0.9 percent. Fojtík added that economists and governments in many countries are again keeping a closer watch on inflation.

“After long months of a slow pace in the growth of prices, the increasing prices of commodities and the need to consolidate public finances though higher indirect taxes is being reflected in consumer prices,”

Fojtík wrote in an analysis for his bank. “This effect is so strong that the European Central Bank (ECB) has started taking an interest in it.” Fojtík believes that the pace of price increases in Slovakia will certainly be higher than the 2-percent inflation target sought by the ECB.