THE DEAFLYMPIC Games have become yet another symbol of botched organisation of an event in Slovakia. Several dozen foreign athletes found themselves in the Slovak mountains this month with no opportunity to compete despite having spent large amounts of money to be there. 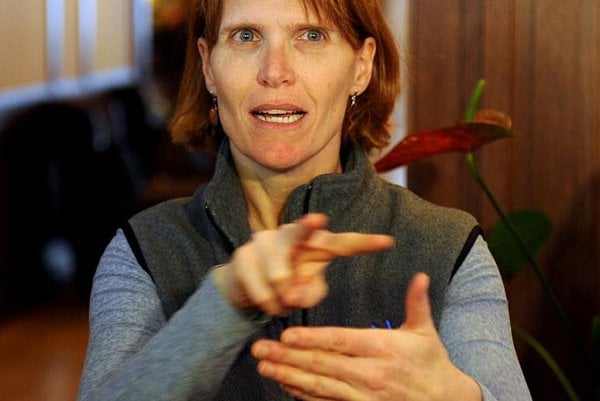 THE DEAFLYMPIC Games have become yet another symbol of botched organisation of an event in Slovakia. Several dozen foreign athletes found themselves in the Slovak mountains this month with no opportunity to compete despite having spent large amounts of money to be there.

The International Committee of Sports for the Deaf (ICSD) confirmed on the evening of February 11 that the 17th Winter Deaflympics, scheduled to begin on February 18 in the High Tatra mountains, had been officially cancelled. The Slovak organisers admitted they had failed to secure the money necessary to organise the games on time.

The ICSD noted that on the afternoon of February 11, the key venues of Jasná Nízke Tatry ski resort, Park Snow FIS and Interski in Štrbské Pleso announced they had still not been paid by the organising committee and as a direct consequence, had publicly announced the cancellation of their contracts to host the games.

By that time dozens of athletes had already arrived in Slovakia to prepare for the games to begin a week later, and dozens more were on planes or trains en route to the venue.

“All the expenses that have been spent until now are registered and we will immediately start working on paying the debts as soon as possible,” the head of the Slovak organising committee, Jaromír Ruda, wrote in a statement dated February 11. He added “I accepted this responsibility, I bear it, and I don’t avoid it”.

Peter Chudý, the director of the High Tatras Tourism Association, who served as an officer for relations with the Slovak organisers at the request of the ICSD from February to April 2010, believes that the Slovak organisers, led by Jaromír Ruda, are mainly responsible for the failure to organise the games, but that the ICSD also bears partial responsibility.

Chudý was made responsible for watching over the organisation of the game after an ICSD inspection in January 2010, when a memorandum was signed that by the end of February the Slovak organisers would have to fulfil three tasks.

“We fulfilled two of them, but the third one – financial guarantees – we couldn’t fulfil,” Chudý told The Slovak Spectator, adding that they asked for the deadline to be prolonged three times, but when it turned out that the Slovak Deaflympic Committee would not be able to secure the €2 million necessary for the organisation of the games, Chudý gave up his post in April 2010 and the ICSD subsequently cancelled the games in Slovakia.

However, the ICSD later reconsidered its decision and the organisation of the 11th Winter Deaflympics was apparently back on track by October 2010.

“They then sent two inspections to Slovakia to look at the sporting facilities, but didn’t focus on the basic issue which had caused the games to be taken away from Slovakia previously – whether the money would or would not be available,” Chudý said.

The Slovak media were reporting problems with the organisation of the games weeks before the scheduled launch of the Winter Deaflympics and continued to do so up to the point when foreign athletes started arriving in Slovakia, but Ruda kept assuring the public that the games would definitely take place as planned.

“The fact that it went as far that the athletes arriving here and having to leave without having competed is on the shoulders of the ICSD,” Chudý said, explaining that the Slovak Deaflympic Committee concealed the problems until the last moment in the belief that they would somehow secure finances. He argued that the ICSD should have used its authority to check whether things were going well or not.

The organisers waited too long to announce the cancellation, as on February 11 many athletes from Russia, Canada and Ukraine were already in Slovakia, and others, such as the Japanese and Americans, were already on their way.

“My first reaction was disbelief,” Kimberley Rizzi, the executive director of the Canadian Deaf Sports Association, told CBC Sports. “I couldn’t believe, with everything we had done. […] I was just sick to my stomach, terribly upset.”

Rizzi, along with about half of the nearly 40 competitors representing Canada, plus many of their coaches, medical staff, interpreters and family, were already in Vienna at a pre-games training camp, mostly for the ice hockey team, CBC Sports reported. The Canadian athletes claim they will require reimbursement for the “colossal amount of resources spent to prepare and to get there”.

According to CBC, each of the Canadian athletes was required to raise CAD1,800 (approximately €1,350), about 25 percent of the costs; the rest came from local, provincial and national fundraising and government funding.

“After arriving here in Vysoké Tatry to begin our monitoring of final preparations for the Winter Deaflympics, we became increasingly concerned about the lack of readiness and the absence of key organisers,” ICSD Chief Executive Tiffany Granfors said in a press release on February 13. “Repeated assurances had been given regarding the organising committee’s financial state and its overall readiness. But these assurances were simply not matched by the facts on the ground.”

Granfors blamed the Slovak organisers, saying that the representatives of the Slovak Deaflympic Committee headed by Ruda provided documents during the previous inspections that suggested everything was going well.

“Now we’ve found they were false,” Granfors said, as quoted by the Sme daily. “We simply fell victim to a fraud.”

Ruda rejected accusations of fraud and in turn accused Granfors of lying and said he would take legal action.

Meanwhile, the Slovak media reported that Ruda is facing accusations of having embezzled as much as €1.7 million he had received to pay for organisation of the games. Ice rinks in Levoča and Kežmarok were supposed to have been rebuilt for the Winter Deaflympics, but the work remains uncompleted and both stadiums are now apparently unusable. According to Chudý, Ruda said in the past that he was promised €60 million for reconstruction of sport facilities for the games.

“Although the reconstructions were launched with the aim of holding Deaflympic competitions there, the investment wasn’t bound to the event and the investment actions will be carried out,” Ruda wrote in his statement.

Chudý, who has experience in organising big sports events in the High Tatras, does not believe that Slovakia’s chances of organising other major sporting events in the future have suffered much harm from the failure of organisers of the Winter Deaflympics, as the federations which prepare sport events have independent experience with Slovak organisers.

“Unfortunately, it will obviously resonate among officials that Slovakia and this region is a country where we were supposed to do something and we didn’t, so there will be this bad image that we promised something and then did not live up to it,” Chudý concluded.