Press law to be defanged

SLOVAK journalists might find their work that little bit easier from this summer. The country’s Press Code, much criticised by local journalists as well as international press freedom watchdogs after it was amended in 2008 by the Robert Fico-led government, is soon to shed its most controversial provisions. 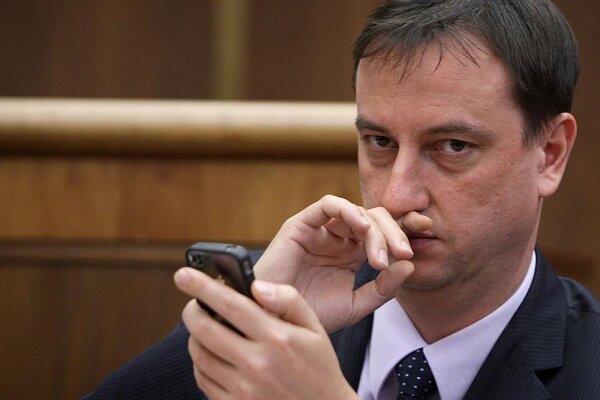 SLOVAK journalists might find their work that little bit easier from this summer. The country’s Press Code, much criticised by local journalists as well as international press freedom watchdogs after it was amended in 2008 by the Robert Fico-led government, is soon to shed its most controversial provisions.

The amendment to the Press Code proposed by the Culture Ministry under Daniel Krajcer has passed interdepartmental review and the government is expected to submit it to parliament in early spring so that it can become effective from July 1.

The draft amendment to the Press Code aims to trim the scope of public officials to use the right of reply as it is currently defined by the law enacted in 2008.


Right to reply remains, but is curtailed

If the change is passed, public officials will no longer be able to insist on a printed reply to stories published about them, providing the stories pertain to the performance of their public function.

However, public officials will still enjoy a right of reply as private individuals, in line with the constitution. The right to reply will be applied only in cases when inaccurate, incomplete or truth-distorting claims harm the honour, dignity or privacy of a private person.

The amendment also drops the provision from the law according to which a person who asks for a reply is entitled to financial compensation of between €1,660 and €4,890 if a media organisation fails to publish the reply in line with the law.

The new law would allow publishers to print a correction or a reply in a designated space set aside for that purpose, rather than in the same place that the original story appeared, as is currently required.

Culture Minister Krajcer met a delegation from the International Press Institute (IPI) on February 18 in Bratislava and assured them that the proposed legislation would afford the right to reply only where a report was inaccurate, incomplete or distorted the truth.

He said the law would place the burden of proof on the party seeking to invoke the right. Public officials could not invoke the right unless the report was unrelated to the performance of their official duties, he said, and the right would only allow for a response or a correction, rather than both, as allowed under the current law.

The IPI’s Press Freedom Adviser Steven Ellis wrote on February 21 that the group is encouraged by the Slovak authorities’ progress in honouring its commitment to revise the country’s controversial press law.

“We welcome the attitude of the minister of culture in speaking with and listening to media representatives, and in making his decision based on their input,” said IPI vice chairman and Slovak board member Pavol Múdry, who was part of the delegation that met Krajcer and took part in discussions that led to the proposed legislation.

The sins of the Code

Press freedom became an issue in Slovakia after the present Press Code was passed in 2008 under then-culture minister Marek Maďarič.

It was criticised for the right of correction and right of reply that it granted to anyone who felt their honour and dignity had been harmed by a published article, irrespective of whether the report was factually correct.

Complainants currently need only request that their reply be printed within 30 days of the publication date; publishers of daily newspapers must then print a reply within three days of receiving the demand, or in the next issue in the case of other periodicals.

The major Slovak dailies listed their objections to the Press Code in a document entitled “Seven Sins of the Press Code” which ran on the otherwise blank front pages of their publications on March 27, 2008, prior to the code being passed by parliament.

The publishers objected, among other things, to the Press Code granting a right of reply even in cases where the information printed is correct, and the right to a correction even if the published information has not maligned anyone.

They also argued that the draft allowed for double sanctions, namely being obliged to print both a correction and a reply.