FEBRUARY was supposed to have been Slovakia’s first chance to host the world’s biggest event for deaf sportspeople. But instead of live broadcasts from the Winter Deaflympics, the Slovak media was full of reports about alleged fraud and the arrest of Jaromír Ruda, the head of the Slovak organising committee, following the games’ last-minute cancellation. 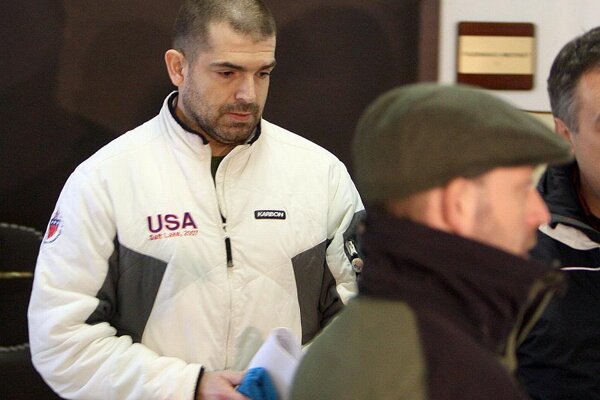 FEBRUARY was supposed to have been Slovakia’s first chance to host the world’s biggest event for deaf sportspeople. But instead of live broadcasts from the Winter Deaflympics, the Slovak media was full of reports about alleged fraud and the arrest of Jaromír Ruda, the head of the Slovak organising committee, following the games’ last-minute cancellation.

Ruda is now behind bars after being detained on February 19 at the Slovak-Hungarian border crossing in Rusovce, near Bratislava. Police from the Anti-Corruption Office say he was arrested while attempting to flee the country and have charged him with fraud. If found guilty, he faces 10 to 15 years in prison. A pre-trial hearing following his arrest resulted in Ruda being remanded in custody over concerns that he might try to flee and pursue further illegal activities.

According to the police, Ruda fraudulently borrowed €10 million from at least four companies to finance the 17th Winter Deaflympics, which were to be held in Slovakia. He neither returned the money nor proved how it was used.

The International Committee of Sports for the Deaf (ICSD) confirmed on the evening of February 11 that the 17th Winter Deaflympics, scheduled to begin on February 18 in Slovakia’s High Tatras, had been officially cancelled. Despite repeated earlier assurances that the games were on course, the Slovak organisers, led by Ruda, finally admitted they had failed to secure the money necessary to organise the event on time. By that time dozens of athletes had already arrived in Slovakia to prepare for the games to open a week later, and dozens more were en route to the venue.

“Ruda has deceived at least four private companies since March 2010, with whom he signed contracts of cooperation,” Andrea Dobiášová, spokesperson for the Police Corps, wrote in a press release. The cooperation was meant to include reconstruction of ice stadiums in Kežmarok and Poprad, two towns nearby the High Tatra mountains.

The companies lent at least €10 million to Ruda, who declared that he would invest the money in reconstruction and guaranteed the loans with a €500,000 bank guarantee from the Bank of Columbia. The police say that the bank guarantee was false, with no real coverage from the bank, which is based in the United States.

According to the police, Ruda also extracted at least €1 million from representatives of national deaf sports federations which he failed to use for the purposes declared. Ruda reportedly told the representatives of the federations that if they sent their payments for accommodation, catering and other costs to the account of the Slovak Deaflympic Committee they would pay less than if they sent the money directly to hotels.

It seems that none of the money was used for the purpose that Ruda promised. The police are now investigating where the money went.

Meanwhile, the ICSD confirmed they have filed a criminal complaint against the Slovak Deaflympics Organising Committee and Ruda, as its president.

The ICSD also reported that the Slovak Deaflympic Committee and the Slovak Association of Deaf Sportsmen Unions have been immediately suspended on a provisional basis, pending the final approval of the ICSD Congress, preparations for which are underway.

But observers have noted that the ICSD also bears some responsibility, arguing that its representatives should have monitored preparation for the games more closely.