SLOVAKIA’S unemployment statistics for January came as something of a cold shower after the upbeat numbers that the country’s economic growth had posted for 2010. 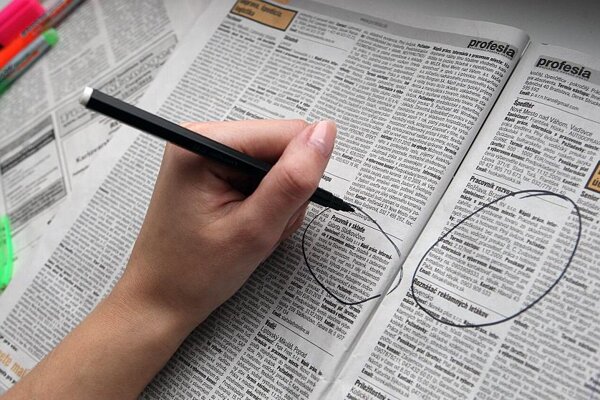 SLOVAKIA’S unemployment statistics for January came as something of a cold shower after the upbeat numbers that the country’s economic growth had posted for 2010.

While the labour market is no longer on its knees, and the almost complete hiring freeze observed during the economic crisis has thawed, market watchers say that it will take several years to trim the unemployment rate to pre-crisis levels.

Slovakia’s unemployment rate stood at 12.98 percent in January, up 0.52 percentage points month-on-month from December’s 12.46 percent. Slovak joblessness thereby hit one of its highest levels since the onset of the crisis. A total of 391,637 jobseekers were registered at job centres in January, with 349,196 immediately available to take up jobs, the Labour, Social Affairs and Family Office said.

However, labour market analysts were quick to attribute the gloomy numbers to normal seasonal influences and to the recent layoffs of employees in the public sector, adding that they see it unlikely that the country is now facing a new wave of higher unemployment.

“It is very probable that this is a one-time growth in unemployment and not the beginning of a new negative trend,” said Eduard Hagara, senior research analyst with ING Bank.

According to Hagara, the winter season offers the least seasonal work and, at the same time, layoffs in the public sector have also negatively affected the numbers.

However, the method used to calculate the economically active population and thus the basis from which the jobless rate is calculated has also changed. The number of economically active people dropped by 0.7 percent: from 2,667,708 people in January, compared to last year’s 2,687,048. This change alone contributed to a 0.1-percentage-point worsening of the jobless statistics.

“The rest of the increase in the jobless rate is due to regular seasonal influences in the construction sector and agriculture, and after considering the listed effects unemployment stagnated,” Dereník said. “This is indicated by the fact that in January approximately the same number of people were hired as were laid off in the public and private sectors.”

Dereník stressed that if layoffs in the public sector and seasonal influences were discounted, the unemployment rate fell slightly.

As for future prospects, Hagara said that during the year the positive effects of economic revival should prevail.

“In the private sector moderate growth from the economic revival should continue, thanks to which unemployment in the second half of the year could slip under the 12-percent level,” Hagara added.

But Dereník warned that seasonal influences will also apply in February, which could prolong the spike in joblessness. Nevertheless, increasing employment in industry could absorb some of the seasonal rise, he added.

“We believe that the optimistic results for industrial production will be reflected in the labour market and that there will be further hiring in the upcoming months,” Dereník said. “On the other hand the eventual drop in the unemployment rate will be very slow and we might reach the pre-crisis level of 7.4 percent only at the turn of 2016 and 2017.”

According to Dereník, if the economy grows as it did before the crisis and the market is propelled by new investments, the return to pre-crisis unemployment levels could happen as soon as 2014.

“The situation is, however, different: competition from cheaper countries like Serbia and Romania has increased,” said Dereník, adding that it was precisely Serbia and Romania where most of the production lines from Slovakia moved to during the crisis, leaving behind high unemployment, especially in eastern Slovakia.

Dereník noted that during the crisis, unemployment in Slovakia grew twice as fast as the OECD average.

“Without significant investments we would not reach the pre-crisis level sooner than in five to six years,” Dereník concluded.

Michal Páleník of the Employment Institute think tank already sees visible signs of the end of the crisis, though he stresses “these are often very fragile”.

“Even though production grows, employment is not growing in the way it could,” Páleník told The Slovak Spectator, adding that it will probably lag behind the growth in production by six months or even a year. He added that the development of employment in countries where Slovak citizens work abroad, such as the Czech Republic, Ireland and the United Kingdom, is also questionable.

Jana Liptáková contributed to this report