LAST year the government of Iveta Radičová pushed an austerity package through parliament designed to save the state €1.7 billion through a combination of tax increases and expenditure cuts. While preliminary state budget figures have now been released for January, analysts say it is too early to determine whether the adopted measures are achieving the desired results. 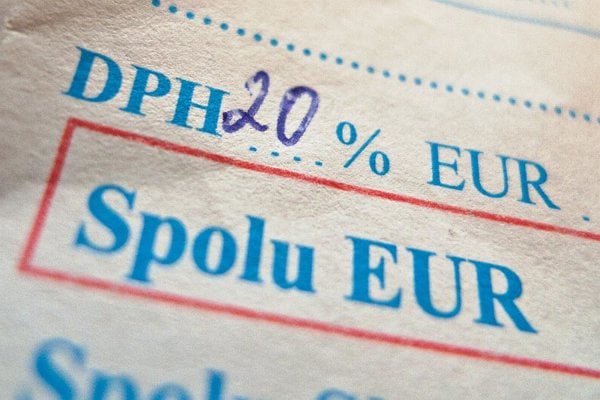 LAST year the government of Iveta Radičová pushed an austerity package through parliament designed to save the state €1.7 billion through a combination of tax increases and expenditure cuts. While preliminary state budget figures have now been released for January, analysts say it is too early to determine whether the adopted measures are achieving the desired results.

Slovakia’s state budget closed January 2011 with a deficit of €17.74 million. The Finance Ministry said this was in line with its expectations even though the state had a budget surplus of €22.81 million in January 2010.

“This is no shock,” said Finance Ministry spokesperson Martin Jaroš, as quoted by the TASR newswire. “This can be pragmatically explained on the side of revenues as well as expenditures.”

In January 2011 the state’s revenue grew by 3.75 percent in comparison to January 2010, to €830.4 million, while expenditures were more than 9 percent higher than the previous year and amounted to €848.1 million, the SITA newswire reported.

“The expenditures were higher because the old-age pension reform is now fully subsidised from the state budget,” Jaroš said. “Last year it was financed from privatisation proceeds that had been put aside.”

On the revenue side, collection of value added taxes (VAT) and excise taxes was lower in January than the previous year. Revenue from VAT shrank by 6.3 percent to €477.6 million and excise taxes were lower by 7.1 percent, at €168.9 million.

Jaroš ascribed the decline in VAT revenue to a higher level of refunds to businesses caused by a revival in Slovakia’s economy and a winding down of the economic crisis.

“Imports are growing and thus also the tax refunds which business entities are requesting are growing too,” Jaroš stated, as cited by TASR, adding that the one percent increase in VAT to 20 percent that became effective on January 1 will be seen in tax revenues only in February.

The Finance Ministry stated that the drop in revenue from excise taxes was attributable to previous stocking of inventories and that this was a one-off effect.

“All these are effects which were already taken into consideration and development so far is completely all right,” said Jaroš.

Analysts said that it is too early to assess whether the government’s austerity package and the changes in taxes are having the desired effects.

“Apart from the fact that it is still too brief a period for assessment of firm trends, the cash-basis balance need not always reflect all the specifics of this year’s budget, such as the higher level of funds that is being used to compensate shortfalls in the social security system,” Vladimír Vaňo, chief analyst with Volksbank, told The Slovak Spectator.

“Therefore, the brief overview that has been presented needs to be taken with a grain of salt and is most useful as a warning tool for potential risks that might be gradually breeding within the budget.”

Radovan Ďurana of the INESS economic think tank also viewed one month as too short a time to assess the impact of tax changes, stating that three months is the minimum period needed to collect enough data to discern trends.

The Iveta Radičová government’s austerity package adopted last year projects overall savings of €1.7 billion in the state budget, with citizens and businesses contributing €770 million through higher taxes and other fees. The government said it will save an additional €985 million through cuts in expenditure, the Pravda daily wrote last December when parliament adopted the last legislative initiative in the package of austerity proposals. The specific tax changes adopted by parliament include modifications to value added tax, excise taxes and income taxes.

The most significant tax change was the increase in the VAT rate from 19 percent to 20 percent on January 1, which the government says will stay in effect until the public finance deficit falls below 3 percent of GDP. It has been estimated that the higher VAT rate will bring an additional €185.5 million in revenues to the state in 2011.

Additionally, purchases of coal and natural gas by central heating companies, which are used to generate heat for households, are no longer exempt from excise taxes and the preferential tax treatment that applied to natural gas (CNG) used as a motor fuel was eliminated in 2011.

The excise tax on tobacco products is being increased in two phases, the first effective on February 1, 2011, and the next on March 1, 2013.

A number of changes were made in the calculation of personal income taxes.


Ďurana told The Slovak Spectator that INESS in general does not accept the high deficit as an adequate reason to increase citizens’ and businesses’ tax burden, adding that his think tank believes that the cancellation of tax exceptions and the establishment of tax calculation bases on a flat level should have been accompanied with a reduction in tax rates. He also said INESS believes that the VAT rate need not have been increased in 2011 if the reduced VAT rates or exemptions for medicines and books had been cancelled and other measures had been adopted.

Ďurana also told The Slovak Spectator that the increased VAT rate should be re-assessed after only one year rather than when the deficit falls below 3 percent of GDP.

During a recent presentation to the Conservative Institute, Vaňo compared the government’s 2011 budget to a cup of cappuccino, with both bitter tax hikes coupled with more palatable steamed milk for voters in the form of expenditure cuts.

“I labelled the saucer below this cup of cappuccino as “competitiveness”, something that fiscal consolidation needs to keep in mind both on the side of raising revenue as well as cutting expenditures,” Vaňo said. “The reason is that it is not the bitter part of tax revenue increases that is the major risk for this year’s budget: the major risk stems from potential hesitation and delays in implementing the planned expenditure cuts. The 2010 expenditure consolidation is just the beginning of the inevitable multi-year consolidation plan.”

Vaňo reiterated that the major source of revenue for the Slovak state budget comes from indirect taxes, VAT and excise taxes, and that collection of these taxes depends to a large extent on the trajectory of domestic demand.