TAXES are the main source of revenue for the state as well as for Slovakia’s municipalities. Personal and corporate income taxes and other forms of taxation totalled €7.96 billion in revenue in 2010. Of this sum, value added tax (VAT) accounted for €4.43 billion. The government believes it can collect more in taxes that are legally due, saying that tax evasion and fraud could amount to hundreds of millions of euros. 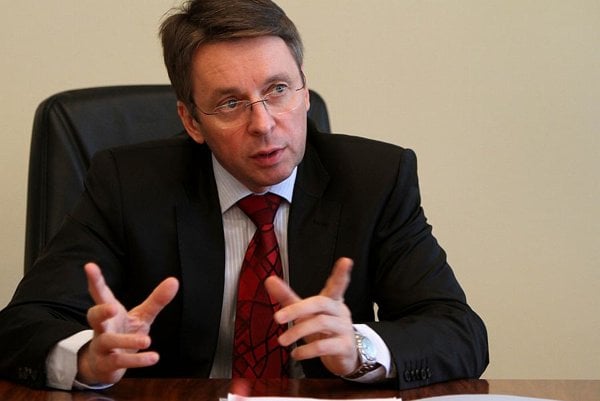 TAXES are the main source of revenue for the state as well as for Slovakia’s municipalities. Personal and corporate income taxes and other forms of taxation totalled €7.96 billion in revenue in 2010. Of this sum, value added tax (VAT) accounted for €4.43 billion. The government believes it can collect more in taxes that are legally due, saying that tax evasion and fraud could amount to hundreds of millions of euros.

The four-year programme statement adopted by the government of Prime Minister Iveta Radičová promised to intensify efforts to target individuals and firms that are evading taxes and to make collection of taxes more effective. The Finance Ministry has prepared several concept documents to combat tax evasion and fraud for each of the main types of tax. The ministry stated that its proposed measures will eliminate or at least curb tax evasion and fraudulent behaviour, saying that these often happen on an organised basis. The ministry has already submitted drafts of three concept papers for interdepartmental review that present ways to deal with fraudulent activities regarding VAT, excise taxes and payroll and income taxes.

Through tax audits Slovakia’s tax administration levied additional tax liabilities on taxpayers amounting to €556 million in 2010, an increase of 28 percent compared with 2009 and 46 percent more than in 2008, Gabriela Dianová, the spokesperson of the Tax Directorate told The Slovak Spectator. Last year 18,400 tax audits were conducted and 9,869 of them ended with ‘findings’.


“We consider this number to be insufficient,” Dianová said, adding that tax evasion has been becoming more sophisticated and often goes beyond Slovak borders and that tax audits are now more time-consuming.

The goal of the Finance Ministry is to gradually constrict the possible space for evasion of excise taxes and value added tax as well as income taxes and compulsory social insurance contributions (payroll taxes). The ministry has thus far prepared three draft concept documents that are undergoing inter-departmental review and it hopes to have its proposed measures adopted by the end of this year.

The Finance Ministry introduced its first concept paper with measures to combat VAT evasion and frauds in early January.

“The development in VAT budgetary revenue is conditioned especially by the tax discipline of payers of this tax,” the Finance Ministry wrote in its concept paper, which after completing interdepartmental review, will move forward to legislative action. “Free movement of goods, services, persons and capital within the internal EU market results in EU member states facing an increasing volume of tax evasion. The biggest frauds are being carried out within VAT because of the [collection] mechanism of this tax as well as cancellation of border checks within the EU.”

Tax evasion and tax fraud, in addition to reducing state revenue, also harm fair and healthy competition and often the profit from these illegal activities is further invested into other forms of criminal activities, the ministry wrote.

The Finance Ministry stated that there are several weak points in the current system that must be addressed: currently the tax administration does not have a database of business entities that have committed a tax offence; tax offices select business entities for audit based only on their hunches rather than hard data; there is a lack of quality software to analyse tax evasion risks; and there has been a failure in developing a concept for cooperation with the police. Moreover, the ministry stated that tax audits and analyses indicate that Slovakia’s tax administration has been able to uncover only a small portion of tax evasion, much of which, it said, stems from organised tax fraud schemes.

The Finance Ministry has suggested legislative as well as non-legislative measures.

“In this context a change [is needed] in the way of thinking based on a change of established processes and in the general attitude of involved state bodies,” the ministry wrote.

The Finance Ministry has proposed that information required on an entity’s application for VAT registration should be broadened to include data that the ministry said might indicate the risk of applicants: for instance, age, ethnic affiliation, information on the number of employees, or the intention to carry out intra-EU transactions.

The ministry also suggested that a registry of persons should be prepared who have been informed by the Tax Administration that they have been identified as individuals participating in suspicious commercial activities. Moreover, a VAT security deposit might be introduced for entities from which it may be more difficult to collect due VAT payments or entities from which recovery may be less successful.

The ministry has also proposed capping the amount of a cash payment that can be made in commercial relationships to €3,000 to prevent taxable entities from ‘producing’ fictitious invoices, a process which is characteristic of so-called carousel frauds. Under carousel schemes a network of interconnected companies is created which ‘trade’ with each other, mostly with fictitious goods, until the deals become opaque to the tax administration.

The Entrepreneurs Association of Slovakia has already voiced its disagreement with this proposed level, seeing it as much too low.

“Situations still often occur when there is no real alternative to a cash payment,” the association said, as quoted by the SITA newswire. “A limit of €30,000 seems to us to be reasonable and acceptable.”

The Finance Ministry has stated that the goal of its proposed measures is on one hand to effectively eliminate possibilities for fraudulent activities and hamper their further escalation and on the other hand to do so in a form that will not represent an administrative burden on the development of legal business activities. The ministry also identified failure to effectively collect VAT as another significant problem, stating that the Tax Directorate is due €1.54 billion in VAT that had not been collected up to 2009.

“VAT frauds which have the character of organised crime cause the biggest losses to the state budget,” the ministry declared in its document. “Thus, it is unthinkable that uncovering, documenting, claiming and punishing should be undertaken in an unorganised way. The measures to combat tax frauds proposed in this document stand on solid legislative rules and their success assumes centralised access to settling these matters and efforts for coordinated pursuit by competent units of the state.”