Slovakia to count people and homes

HOUSEHOLDS in Slovakia should expect some rare visitors this spring. For the first time in ten years census takers, responsible for collecting data for the general census of residents, apartments and houses, will walk around every district in Slovakia at the end of May. And while statisticians stress that taking part in the census is a right of every inhabitant and give multiple reasons why people should make sure they are counted, critics of the census call it a waste of time and money and say that the data could be obtained from other sources that the state already has access to. 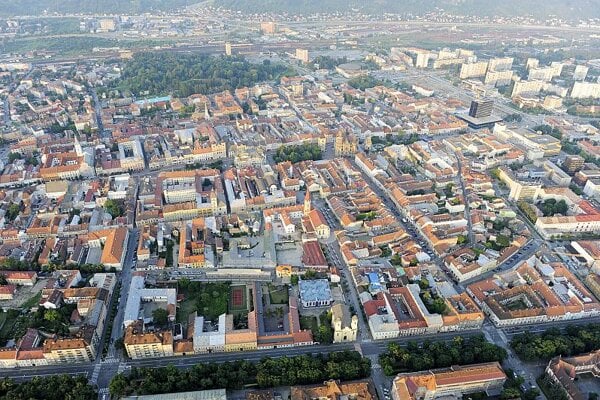 Slovakia will soon have updated information about its residents and housing. (Source: SITA)
Font size:A-|A+0

HOUSEHOLDS in Slovakia should expect some rare visitors this spring. For the first time in ten years census takers, responsible for collecting data for the general census of residents, apartments and houses, will walk around every district in Slovakia at the end of May. And while statisticians stress that taking part in the census is a right of every inhabitant and give multiple reasons why people should make sure they are counted, critics of the census call it a waste of time and money and say that the data could be obtained from other sources that the state already has access to.

Statisticians prepare for the decennial census

TEN YEARS have passed since the last census took place in Slovakia and statisticians are looking forward to soon having fresh data available from the next count of population and housing, scheduled to take place in late spring 2011. They claim that the importance of the census is even bigger this time around, since 2011 will see censuses take place all around the European Union, making the union-wide data suitable for international comparison.

The Population and Housing Census, to give it its full name, will be held in Slovakia in May 2011. The actual measurement point for the census will be midnight between May 20 and May 21, 2011. It is the country’s most extensive statistical inquiry and is expected to provide new data about the number of people living in the Slovak Republic, as well as information regarding the population’s demographic, educational, social and economic structure.

For the first time censuses will be held simultaneously across the whole EU based on Regulation (EC) No 763/2008 of the European Parliament and of the Council of 9 July 2008 on Population and Housing Censuses, which obliges all 27 EU member states to hold a census in the same year, 2011, using uniform or comparable definitions of surveyed information.

The census is not restricted only to citizens of each state being counted and surveyed. Slovakia’s law on the 2011 census states that the census will gather information about all residents, whether citizens of the Slovak Republic or foreigners living in Slovakia at the relevant point in time.

“The census applies to inhabitants, including foreigners, with the exception of foreigners who enjoy diplomatic advantages and immunity,” Ivana Juhaščíková from the department of population statistics of the Slovak Statistics Office told The Slovak Spectator. According to her, a foreigner who has been residing in Slovakia for less than 90 days is obliged to answer only questions relating to their sex, date of birth and citizenship.

It is the first time that Slovakia will allow residents to participate in a census electronically. The electronic census sheets will be available at www.scitanie2011.sk. To be able to complete the census online, a respondent needs an identifier, which is a randomly-generated number they will receive from their census taker in a sealed envelope.

While the hard-copy questionnaires will need to be filled out between May 21 and June 6, 2011, the window for online submissions will be restricted to May 21 to May 29. Those interested in completing an electronic census should announce to their respective census taker when first visited; if they fail to do so, the census taker will have to visit once more and fill out a hard-copy questionnaire instead.

There will be three questionnaires to fill out for the census, altogether comprising 52 questions. The Resident Sheet, which is to be filled out for each member of a household, asks for personal information such as place of birth, employment, nationality and religion – but also computer literacy. Apart from that, there is an Apartment Sheet, to be completed by one person for the entire household, and a House Sheet, to be completed by house owners or, possibly, house managers for each apartment house.

The census is anonymous because previous censuses have been misused, for instance the census done before World War II was later used to monitor Slovakia’s Jewish residents, said István Schill, the deputy head of the Statistics Office, at a press conference on February 23.

Census questionnaires for all EU countries, including Slovakia, contain so-called obligatory topics according to the directive of the European Parliament and the European Council, Juhaščíková said, adding that the most interesting among them is definitely the question about the so-called usual address of a resident – that is, the place where the resident spends the biggest part of his or her time, and where he or she usually spends the day, or sleeps at night.

“This basic characteristic shows that the aim of this topic is to find out the real number of inhabitants in particular EU countries and prevent one citizen from being counted in several countries,” Juhaščíková said.

Is a census necessary?

The census, which will cost Slovakia €30.6 million, has been criticised heavily in the Slovak media over some questions in particular – mainly those about religious beliefs – but also over whether it makes sense to hold a census at all. Some media have pointed out that the state is spending money and time filling out questionnaires on topics that people already answer in other official forms.

The Statistics Office, however, argues that there are many justifications for the census, including allowing the state to be able to make accurate prognoses for the future development of society.

The census data will be processed in the second half of 2011, but the deadline for publication of the comprehensive results is not until March 2014. That is when Eurostat, the European statistics authority, expects to receive all the data from the national statistics authorities.

“The Slovak Statistics Office will, obviously, also publish running results from the census,” Juhaščíková said, adding that the first set of results could be released as early as autumn 2011.

The statistical data can, according to Schill, facilitate decision-making by responsible officials regarding issues such as where to develop apartments, or where a school, hospital or road is needed. Statistics derived from census results will also answer questions associated with enterprise; where and in which sphere business efforts pay off, where regional investments should be directed to create new jobs, or where the existing workforce should be retained.

In Slovakia one very frequently cited use for the results is connected with questions of nationality and religion. The proportion of minority members in a municipality, for instance, determines whether the respective public bodies are obliged to speak and write in the minority’s language as well as in Slovak, while the number of religious believers determines the amount of financial assistance that the state provides to churches and religious organisations.