SUPPORT for the EU’s Eastern Partnership programme and calls for the Belarusian authorities to democratise and release political prisoners were voiced during a ministerial meeting of Visegrad Group countries and Germany held in Bratislava on March 3. 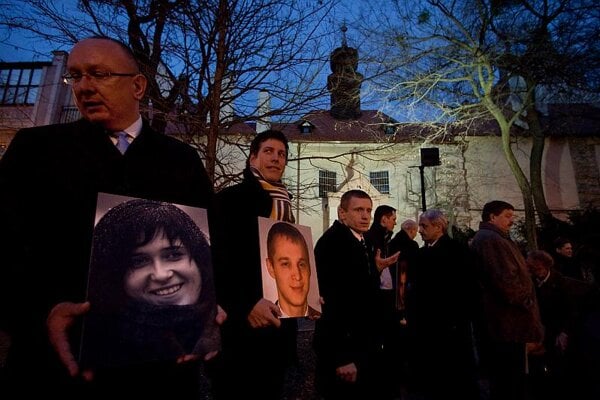 SUPPORT for the EU’s Eastern Partnership programme and calls for the Belarusian authorities to democratise and release political prisoners were voiced during a ministerial meeting of Visegrad Group countries and Germany held in Bratislava on March 3.

Catherine Ashton, the EU’s high representative for foreign affairs and security policy, attended the meeting as a special guest and stressed that the EU needs to create close ties with its eastern neighbours.

Within the framework of the Slovak presidency of the Visegrad Group (V4) the summit of foreign ministers of the V4 countries in Bratislava on March 3 was enlarged to include representatives from countries included in the EU's Eastern Partnership initiative: Armenia, Azerbaijan, Belarus, Georgia, Moldova and Ukraine. The foreign ministers of the Czech Republic and Hungary, Karel Schwarzenberg and János Martonyi respectively, and Poland’s deputy foreign minister, Mikołaj Dowgielevicz, attended the meeting.

The summit was held to send a strong political signal from V4 member states about their support for the Eastern Partnership, and their desire for it to effectively contribute to the political and economic stabilisation of the states which it addresses.

V4 ministers expressed their readiness to share their countries’ experiences of transition and reform with their eastern partners.

Ashton said that the EU regards the Eastern Partnership as a very important policy and that the EU needs to strengthen ties with the countries to the east of the EU and support their integration ambitions.

“A concrete agenda will strengthen the ties between us,” Ashton told the press conference after the meeting, as quoted by the TASR newswire.

Many of the guests then attended the Globsec conference, an annual event which took place in Bratislava for the sixth time on March 2-4. Globsec, organised annually by the Slovak Atlantic Commission under the auspices of the Slovak Foreign Minister and in cooperation with the NATO Public Diplomacy Division, the European Commission Representation in Slovakia and the International Visegrad Fund, hosts exclusive speakers and hundreds of guests from various areas of international relations: diplomats, analysts from important think tanks, renowned journalists and representatives of public administration, international organisations and companies.

One day before the ministers’ meeting Slovak Foreign Minister Mikuláš Dzurinda met representatives of the Belarusian opposition who visited Bratislava, including Belarus’ first post-Soviet head of state, Stanislau Shushkievich, and former presidential candidates Aliaksandar Milinkievich and Aliaksandar Kazulin, to discuss the views of the Belarusian public on the current situation in their country and what Slovakia and the EU can do to help the people of Belarus.

“We have gone through our calvary; many don’t remember it and many who attend European summits haven’t gone through it and don’t understand it,” Dzurinda said after the meeting. “That makes our responsibility, the responsibility of post-communist countries and their leaders, even greater.”

The visit by Belarusian civic activists was timed to coincide with the V4-Eastern Partnership meeting and the Globsec conference. They also attended a protest event organised by Slovak diplomats on March 2 in Hviezdoslavovo Square in Bratislava. Minister Dzurinda called on the Belarusian authorities to free political prisoners. Belarus' deputy foreign minister, Valerij Voronecky, who was also attending the summit in Bratislava, was reported not to have made any public comment.

The suppression of public protests following Belarusian presidential elections in December 2010 has resulted in the prosecution of 42 opposition activists in Belarus, 20 of whom are now in prison.