THERE is no country in Europe where people trust the European Union and its institutions as much as they do in Slovakia, or at least that is what the results of a recent Eurobarometer survey suggest. Some observers noted, however, that the high level of trust that Slovaks have in the EU and its bodies might say as much or more about citizens’ opinions about their own national institutions. 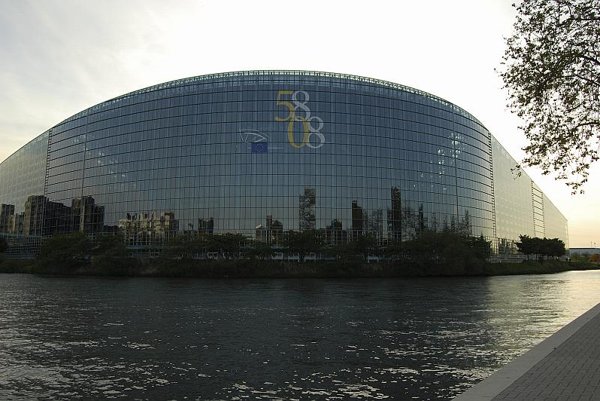 THERE is no country in Europe where people trust the European Union and its institutions as much as they do in Slovakia, or at least that is what the results of a recent Eurobarometer survey suggest. Some observers noted, however, that the high level of trust that Slovaks have in the EU and its bodies might say as much or more about citizens’ opinions about their own national institutions.

According to the results of the EU-sponsored survey, conducted in November 2010 and released on February 28, 71 percent of Slovaks said they trust the EU.

The Eurobarometer is an opinion poll conducted twice a year that seeks opinions on a wide range of issues among citizens of both EU member countries and candidate countries. Slovaks have regularly scored among the top EU-optimists in past surveys but in late 2010 the percentage of Slovaks who trusted EU institutions topped all other surveyed countries and exceeded the EU average by 28 percent. Slovakia was followed by Bulgaria and Estonia in the top three.

The high overall trust in the European Union corresponds with a high level of trust in its specific institutions.

There are several reasons that trust in the EU and its institutions is so high among Slovaks, but a tendency to compare EU institutions with national institutions might play the most significant part, said Radovan Geist, the founder and publisher of Euractiv.sk.

“The strongly positive view of EU institutions thus reflects also on our especially critical view of the national ones, and mistrust of them,” Geist told The Slovak Spectator.

The Eurobarometer survey showed that mistrust of national institutions prevailed not only in Slovakia but in many other countries and in the EU average. The survey found that the Slovak cabinet was trusted by only 36 percent of the country’s citizens and Slovakia's parliament had the trust of only 37 percent of respondents. Slovakia’s judicial system was the least trusted institution, with only 32 percent of the respondents saying they trusted it and 65 percent responding that they do not trust it at all.

Geist said another reason why the EU enjoys so much trust among Slovaks might be related to the country’s specific path to EU entry, “when EU membership was massively communicated as an entry among ‘civilised’ and ‘advanced’ countries, or in some cases even as a way to protect the country from its own politicians”.

Additionally, the EU and its institutions are perceived to operate in a less politicised manner, according to Geist.

“The decision-making of EU institutions, including the EP, isn’t perceived as a result of political fights, negotiations and agreements to the same extent as it is on the national level,” Geist explained.

“On the one hand it means that the engagement of Slovak citizens in EU politics lags behind, as seen from the very low turnout in the EP elections; on the other hand the EU institutions are not perceived as connected with ‘dirty politics’,” he added.

While most of the newer members of the EU27 were among the most EU-optimistic, the other end of the ranking was occupied by the ‘old’ member states. The survey found that the most sceptical Europeans were the British, with only 20 percent saying they trusted the EU and 64 percent saying they did not. In Germany and France, the EU was not trusted by about half of those surveyed.

“In the old member states European politics and politicians are perceived to be much more connected with their national politics,” Geist said. He added that another reason for the higher level of trust among the new member states is that they have benefitted much more from their EU membership than the older members did from their accession.

For most Slovaks the EU means the common European currency and the freedom to travel, study and work anywhere in the EU – and these are viewed as significant benefits that flowed to Slovak citizens from EU accession.

Yes to enlargement, but...

Compared with the average among EU countries, Slovaks are much more positive towards further enlargement of the union, with 68 percent supporting the accession of new members. Geist attributed this to the fact that there is no particular political power in Slovakia that is known to be very sceptical, or completely opposed, to EU enlargement.

The survey found, however, that Slovaks have very selective views about which countries they support for accession. Future membership by countries with strong economies – Norway and Switzerland – was supported by 85 and 90 percent, respectively, of the Slovak respondents. Croatia’s accession was supported by 78 percent, while Iceland, Montenegro and Ukraine would be supported in their accession ambitions by more than half of the Slovaks surveyed.

“Switzerland and Norway are rich countries, therefore their [potential] membership is not seen as bringing problems, as is the accession of poorer states,” Geist said, adding that cultural closeness might play a part too, especially in the case of Croatia.

On the other hand, the survey found that one third or less of the surveyed Slovaks supported the accession of Albania (24 percent), Kosovo (28 percent) and Turkey (33 percent).