DIGITALISING public services is a general undertaking by governments around the world and Slovakia is no exception, at least when lofty ambitions and stated plans are concerned. But actual achievements indicate that Slovakia is lagging far behind other countries in Europe. The government of Iveta Radičová is seeking to bridge the gap. The biggest change, in addition to merely turning paper documents into electronic forms of communication in order to make public services more efficient, may rest in the increased importance the current government is giving to developing strategies to reduce bureaucratic requirements while building eGovernment services. 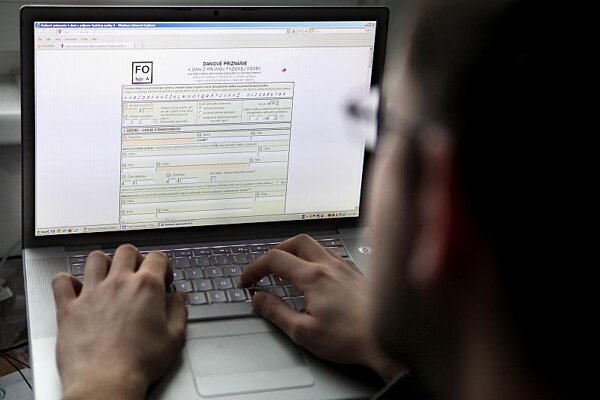 DIGITALISING public services is a general undertaking by governments around the world and Slovakia is no exception, at least when lofty ambitions and stated plans are concerned. But actual achievements indicate that Slovakia is lagging far behind other countries in Europe. The government of Iveta Radičová is seeking to bridge the gap. The biggest change, in addition to merely turning paper documents into electronic forms of communication in order to make public services more efficient, may rest in the increased importance the current government is giving to developing strategies to reduce bureaucratic requirements while building eGovernment services.

The latest Benchmark Measurement on EU eGovernment, a report commissioned by the European Commission published on February 21, shows that even though Slovakia has made some progress in the availability and sophistication of government online services, it lags behind other European countries in several significant respects.

The report was jointly prepared by Capgemini, Rand Europe research institute, International Data Corporation (IDC) and the Danish Technological Institute (DTI) and analysed 32 countries – all EU member countries as well as Iceland, Turkey, Croatia, Norway and Switzerland. The report focused on the availability and sophistication of online services to businesses and citizens. The report found that Europeans, on average, had online access to 82 percent of basic public services, such as job searches and government benefit guides, up from 69 percent a year earlier. The report also stated that the sophistication of services had risen from 83 percent to 90 percent last year. Ireland, Austria, Malta and Portugal were at the top in both indicators.

Slovakia improved in full online availability compared to its previous benchmark measurement, by 8 percentage points to 63 percent, and the sophistication of online services in the country increased by 9 percentage points to 81 percent. In spite of this progress, Slovakia remained far below the European average in both benchmarks, near the end of the rankings – for full online availability it was fifth from the bottom and in sophistication it was eighth from the bottom.

The results of the benchmark assessment were no surprise to Roland Sill, the government proxy for an information society, who took over the post from Pavol Tarina last year after the June parliamentary election.

“The measured standing of Slovakia is in line with the reality,” Sill told The Slovak Spectator. “The benchmarking indicates what all we feel. On one hand we see a certain improvement but on the other hand progress is very hesitant and inadequately slow.”

Sill said Slovakia is still failing to progress rapidly in its building of eGovernment services.

He pointed out that changes in other fields are happening in much more dynamic ways, citing the fact that internet banking has become a commonplace part of people’s lives in recent years.

“But it remains a large problem for the state administration to enable people to communicate electronically, even for very simple applications,” said Sill. “I consider this lagging on the part of the state to be unacceptable.”

After the Radičová government took power last July it prepared a document called Revision of Building eGovernment that was adopted by the cabinet on February 2.

“I consider the strong interest of Prime Minister Iveta Radičová and also the new way of adopting strategic decisions to be a fundamental factor for acceleration of eGovenment,” Sill said, stating that the lukewarm interest of previous political players in pushing eGovernment forward was the main reason behind its slow progress. He added that support of leading political figures has been the key to success in other EU countries.

“In countries where informatisation was under the direct guarantee of the prime minister it progressed quickly,” said Sill. “Today I can luckily say that eGovernment has received a very high priority. A Strategic Board for eGovernment has been established that is directly led by Prime Minister Radičová at which all the key ministries are present. The primary aim of this board is to accelerate the building of eGovernment.”

Sill said he sees two main reasons behind the ineffective building of eGovernment in Slovakia thus far: only drawing a small proportion of the available EU funds and achieving low added value from the projects that have been undertaken.

“The first reason is very low drawing of EU funds allocated for informatisation,” Sill stated. “We passed the halfway mark of the programming period a long time ago but only about 3 percent of the allocated amount has been used so far. The second reason lies in the fact that the projects themselves were prepared with little added value for citizens. All of the efforts concentrated on electronisation of already existing administrative processes without a real reduction in the administrative burden. This means that even if Slovakia drew EU funds faster we would be not able to enjoy the full potential of eGovernment.”

The total budget of the Operational Programme for the Information Society available from EU funds and Slovakia’s state budget for the years 2007-2013 is estimated at about €1.2 billion, the SITA newswire wrote. The programme has four priority goals and eGovernment, digitalisation of public administration and the development of electronic services were budgeted to receive €826 million.

The government proxy noted that the biggest problem in drawing EU funds has been a heavy administrative burden, but he added that Slovakia created the administrative problems itself.

“A relatively small formal shortcoming can mean spoiling efforts in preparation of projects that lasts many months,” Sill stated, adding that extensive bureaucracy leads to very low effectiveness when implementing the projects. “Actually the whole system of drawing funds is so ineffective that it is ripe for fundamental reform…. In this matter we are preparing improvements which we will publicly introduce in late March. The essence of the improvements will be taken from the experiences of countries that have had high success in drawing [EU] funds.”

The tortoise-like progress in building eGovernment has been sharply criticised by experts from the information and communication technologies (ICT) sector who had hoped that IT projects for developing eGovernment would help the sector span the gap in new orders from commercial customers during the economic crisis. But the ICT sector also views a higher degree of digitalisation to be critical in development of society as a whole. The IT Association of Slovakia (ITAS) discussed the issue of eGovernment at its general assembly on March 1.

“We expect that this year the government will fully start the systematic building of eGovernment,” said Juraj Sabaka, president of ITAS. “Several global companies are pondering creation of some thousands of jobs in the ICT sector in Slovakia. One of the important criteria when selecting the target country is undoubtedly also the degree of informatisation. However, Slovakia occupies the bottom rankings in these terms. Thus decisive steps by the government are required in this respect, but after eight months this is still unclear.”

Actually, the current government halted many of the projects within the eGovernment area when it believed they were too expensive or were not achieving the expected benefits.

Sill stated that successfully building eGovernment requires clear task assignments on the part of the state administration and then suppliers should develop appropriate solutions.

“So far, it was not completely like this and the mistake was especially on the part of the state, which was not able to formulate assignments properly,” said Sill, adding that this resulted in relatively expensive projects bringing little benefit for citizens. “We have changed this attitude. We have formulated comprehensible assignments as to actually what eGovernment should accomplish. The answer is particularly a reduction of administrative steps for citizens and businesspeople. Now we are communicating with all involved and searching for ways to achieve this in the most effective way.”