A PEEK inside a shanty in a Roma settlement, including a housewife describing how she celebrates Christmas with her family and perhaps offering a wooden whistle carved by her husband as a souvenir, could soon become a tourist attraction in Veľká Lomnica, one of the gateways to the High Tatra mountains. The mayor of the village believes that he can use such trips to raise awareness of the poor conditions in which some Roma live – and encourage the communities themselves to improve. Human rights activists as well as the government’s proxy for Roma communities, however, have called his idea immoral and unethical. 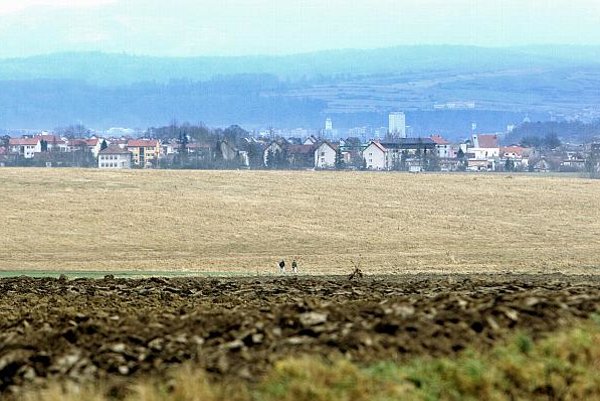 A PEEK inside a shanty in a Roma settlement, including a housewife describing how she celebrates Christmas with her family and perhaps offering a wooden whistle carved by her husband as a souvenir, could soon become a tourist attraction in Veľká Lomnica, one of the gateways to the High Tatra mountains. The mayor of the village believes that he can use such trips to raise awareness of the poor conditions in which some Roma live – and encourage the communities themselves to improve. Human rights activists as well as the government’s proxy for Roma communities, however, have called his idea immoral and unethical.

Peter Duda, who was elected mayor of Veľká Lomnica last November as the joint candidate of the ruling Slovak Democratic and Christian Union (SDKÚ), Christian Democratic Movement (KDH) and Freedom and Solidarity (SaS) parties, came up with the idea of bringing tourists into the neighbouring Roma settlement as part of their trips to Veľká Lomnica and the High Tatras. Duda said in an interview with The Slovak Spectator that his idea is based on the experience of South Africa, where trips to slum housing areas are included in the portfolios of local tourist agencies.

Veľká Lomnica has 4,300 citizens, of whom about 1,700 are Roma. According to the office of the government’s proxy for Roma communities, there are about 80-90 shanties in the settlement, which is one of the poorest in the region around Spišská Nová Ves.

The mayor’s plans could be put into practice as soon as this summer. According to Duda there is no problem walking through the settlement now, but he would like to arrange for visitors to also be allowed to look inside the houses, ask the locals about how they live, how they celebrate, and about their traditions.

Duda argues that an organised visit to the settlement could help visitors understand the conditions that Roma live in and said it is even possible that some of the visitors would be able to help – for instance, if they can help with funding from European Union sources.

“But, more importantly, we would like to make the Roma care more about the environment they live in, and maybe help them develop some manual skills that Roma used to have in the past,” Duda told The Slovak Spectator, explaining that the settlement includes skilled craftsmen who could develop their skills and be able to sell their products, and thus improve their quality of life.

Duda admitted that he has not discussed his plans with anyone from the settlement yet, but he said he did not expect them to have any objections once they are well informed about the details.

His confidence was partly vindicated by comments from a man from the settlement, Rudolf Koky, who told the Sme daily that it would be a good idea to bring people into the community who could help Roma.

“It would promote us a bit and people might realise how some of us live here in the east and how they take care of us,” Koky said, as quoted by Sme. “But my concern is that it could look bad, that we are the non-payers and the bad ones.”

The office of the government’s proxy for Roma communities, however, views the matter rather differently: the mayor, it says, is trying to manipulate the settlement’s residents and use their low socio-economic status for financial purposes. The office says he should focus instead on solving the problem at its core. The office’s spokesperson, Iveta Duchoňová, said the plans of the mayor of Veľká Lomnica concern human rights issues, and called Duda’s statements unethical and immoral.

“The office of the government’s plenipotentiary for Roma communities considers it inappropriate to point to the poverty of this Roma community and showcase it and conserve it in the settlement as if in an open-air museum, just because they should become a tourist attraction,” Duchoňová told The Slovak Spectator.

But Duda anticipated such criticism, asking: “Should we hide the people, or pretend that they are not here and don’t live in these conditions?”. He said such views masked reality. “This is not about race defamation or about a joke at the expense of this community: it’s about bringing people’s idea about how this community lives closer to reality.”

According to Duchoňová, the government’s proxy’s office has proposed in the past that the Veľká Lomnica authorities participate in the Local Strategies of Complex Approach projects to increase the employment rate and improve the education of the people living in the settlement and that the local authorities have been rather responsive. Duchoňová told The Slovak Spectator that Veľká Lomnica has been relatively active in helping the Roma community, for instance through field workers that worked in the village in the past, or through a teacher’s assistant who works with Roma children at the local school.

A similar issue was reported back in 2004 when Polish travel agencies were discovered to be offering trips to Slovakia that included a drive through local Roma settlements. Back then, the locals told reporters that buses packed with tourists would drive through their settlements, sometimes even stopping to let the tourists take pictures of the Roma and their homes.

“Tourists wave to the children, greet them, but I haven’t seen a bus that would stop and the tourists would get off,” Cyril Dunka from Žehra, in the Spiš region, told the Sme daily then. “Nobody ever asked how it was going in the settlement. They do not even tend to stop: they only slow down, wave and take photos.”

Duda said that his idea of showing Roma settlements to tourists is nothing like that approach.

“But Bedouins in Egypt agreed that they will be a part of the tourist attraction; they offer their food, their products and it is alright,” Orgovánová said, as quoted by Sme. “But if foreign tourists only come to look at our Roma from a bus and the Roma don’t know about it or don’t have a chance to present anything, it is not alright.”