“WEB content is not operating under a curse which prevents people from paying for it on principle.” That is how Tomáš Bella, the co-founder of NextBig, a consultancy firm which will operate a soon-to-be-introduced model for paying for web content in Slovakia, explains the basic idea behind the future service. Most major Slovak news websites are expected to use it to put part of their content behind a paywall during spring this year. 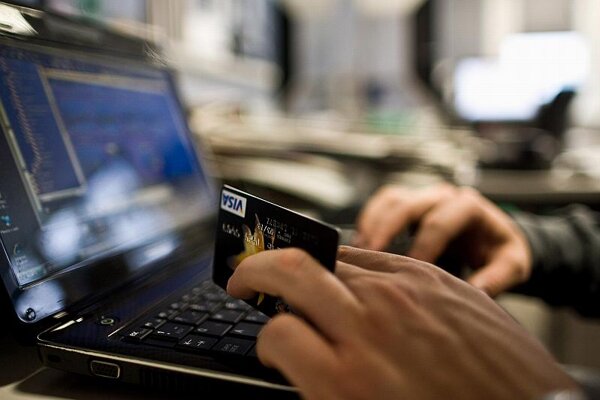 “WEB content is not operating under a curse which prevents people from paying for it on principle.” That is how Tomáš Bella, the co-founder of NextBig, a consultancy firm which will operate a soon-to-be-introduced model for paying for web content in Slovakia, explains the basic idea behind the future service. Most major Slovak news websites are expected to use it to put part of their content behind a paywall during spring this year.

Piano, as the system is called, is a premium-content payment service for newspapers, TV stations and online services jointly operated by Etarget, a provider of online advertising, and NextBig, a Prague-based new media consultancy company. The purpose of the system is to enable payment for website access in a way that reduces the barriers which currently discourage readers from paying for content and also discourage publishers from charging for it.

The monthly fee for the service is set to be €2.90 and the project is expected to be launched in mid-April 2011, but the awareness of the project among Slovaks was still very low in early March, according to the results of a survey conducted by Mediaresearch Slovakia, a media and marketing research company, which found that as many as 64 percent of the online population had not heard that some media were planning to charge for part of their web content in 2011.

Bella, the head of the Piano project responsible for methodology development and project management, compares payments for web content to cable TV fees. According to him, many fewer people would pay for cable TV if they had to insert the number of their credit card every time they wanted to watch TV news or if they had to decide in advance which channel they wanted to watch the following month.

“Piano wants to transfer the cable TV model, with one fee for all the exclusive content, to web news,” Bella told The Slovak Spectator. The project, however, goes far beyond news portals only and its designers hope that in the future it will widen its scope to all original content and services. Big news portals are being used as the starting point as they are the biggest producers of original content.

Bella believes that the system, which will be common for all media outlets that take part in it, will be beneficial for readers since many of the outlets involved were preparing to make at least part of their content paid-for anyway, and through Piano readers will only have to make one payment per month to get access to all of the participating media. In the long run, Bella claims, readers should benefit from better quality and new services which media outlets should be able to provide thanks to the new income stream.

Publishers, on the other hand, might see Piano as a technical solution for receiving payments, and using a common system they might be able to source revenues from a larger number of readers than they would if they introduced paid content on their own.

After the content is introduced, the first time a reader attempts to read paid-for content the system will ask him or her to pay the 30-day access fee of €2.90. Piano users will then see a narrow ribbon above every participating website that will change colour depending on whether the content the reader is viewing is paid or unpaid. The payment is done only once, and is then valid for every other Piano-using website that the reader visits for 30 days after the payment is made. Access is user-based and should be transferable between devices.

As for the distribution of payments, the website where the reader registers for the first time gets 40 percent of the monthly fee, while the rest is divided between all the other participating websites, depending on how much time a reader spends on each of them.

The service marks a world-first and Bella believes that Slovakia is an ideal country to test it, since there are relatively few media outlets in the market – dozens rather than hundreds or thousands – and thus a large proportion of them can be persuaded to participate. The fact that the media do not face huge competition from abroad – as is the case, for instance, in the UK, where British media outlets compete not only with each other but also with a huge number of websites in English from other countries – also makes it easier to introduce paid content.

The internet-using population is not a priori against paying for web content, according to the Mediaresearch survey, the results of which were provided to The Slovak Spectator by the company’s commercial director Andrej Miklánek. More than half of the internet-using population admitted that they would be willing to pay a monthly fee of about €3 for having unlimited access to added-value content on key Slovak news sites.

The research results show that most users (44 percent) would prefer to pay for web content through their bank accounts, while 17 percent would like to pay via SMS and 14 percent would prefer the fee to be included in their invoices for internet connection.

“The providers of the online news media must, however, deal with the fact that paying visitors expect less advertising, or even none at all, in the paid sections,” Miklánek wrote in his comments to the research results, adding that only 5 percent of the online population is willing to tolerate advertising on paid-for sites. As many as 86 percent, by contrast, stated that should be no advertising on the paid sites.

What to put behind the wall?

Most key publishers and online media in Slovakia are expected to use the service, Bella said. The Sme daily’s sme.sk website, which is the biggest news portal in Slovakia, reported it was going to take part in it, along with the Trend weekly’s, etrend.sk.

Radoslav Augustín, the head of online projects at Trend, confirmed that his company is in talks with NextBig, but said “nothing has been signed so far”.

“In the long run, we are attempting to stress the fact that consumed web content has a price which also needs to be paid somehow,” Augustín told The Slovak Spectator, adding that the Piano model corresponds to these attempts and, generally speaking, has arisen in response to the demands of publishers.

The producers of web content agree that readership is likely to drop after they require users to pay for the content of their sites.

“If you put part of the web behind a paywall and you want money for it, the visit rate naturally drops,” Augustín said. “But the equation must work so that content behind the wall is paid for from the fees for entry to the [paid-for] zone.”

The Sme daily reported that it is planning to charge, through Piano for its comments section and part of the online television guide tv.sme.sk. Participating in online discussion under the stories on sme.sk will also be charged if participation exceeds two or three discussion entries a day.

The decision about what a particular medium should charge for is decided primarily by the media themselves, after consultations with NextBig and based mainly on the visitor rate of the website and experiences from paid content abroad, Bella explained.

Generally speaking, all the media outlets interested in using the Piano system intend to put their comment sections, discussion forums and the online flash-format versions of their printed editions behind the paywall. Apart from that, each medium will have particular sections or services behind the wall.