Mandatory English is coming to Slovakia

English is the most widely spoken foreign language in Slovakia and as the younger generation grows up with readily available internet access and English-language media, they are finding it easier to cope with using it in everyday communication. Nevertheless, Slovakia does not compare well with other EU countries, say Slovak English teachers, who add in the same breath that the new approach initiated by the government might not be enough to bridge the gap. 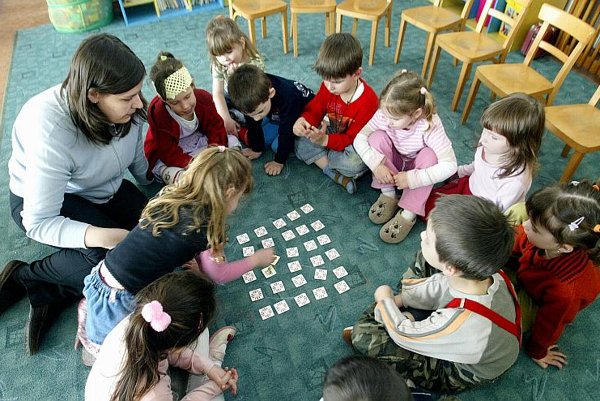 English is the most widely spoken foreign language in Slovakia and as the younger generation grows up with readily available internet access and English-language media, they are finding it easier to cope with using it in everyday communication. Nevertheless, Slovakia does not compare well with other EU countries, say Slovak English teachers, who add in the same breath that the new approach initiated by the government might not be enough to bridge the gap.

The Education Ministry’s current leadership believes the Slovak labour market will benefit if more Slovaks speak better English and have pushed to give that language preference over other foreign languages in the mandatory curricula of primary schools, hoping that the end result will be that every secondary school graduate will speak English fluently at the B2 level of the Common European Framework of Reference for Languages.

The proponents of the recent amendment to Slovakia’s School Act believe that better knowledge of English will improve the competitiveness of job seekers at home as well as abroad. Slovakia is the 14th country in the European Union to make English-language instruction compulsory, after the Slovak parliament overrode a presidential veto of the amendment in early February 2011 and gave the green light to new rules that become effective on March 1. English will become compulsory starting from the third grade at all primary schools in the upcoming school year.

“A positive impact from this decision will not be seen immediately but in my opinion it was necessary to come to this conclusion,” Jana Berešová, the head of the Slovak Association of Teachers of English, told The Slovak Spectator, adding that the law in itself will not improve Slovak students’ English and that further steps need to be taken, such as replacing the old-fashioned accreditation based on theory and literature with practical lessons focused on skills.
Berešová compared Scandinavian countries with Slovakia in that they are also fairly small and their native languages will never be used by other Europeans as target languages.

“Their language policy supports English as a language of communication, so in Sweden children start learning English very early and during their secondary school studies they can learn another target language, but mostly languages they think will be needed for real purposes, such as Spanish because a large part of the world’s population uses Spanish as their mother tongue or a language of communication,” Berešová explained.

Berešová was among the pioneers pushing for mandatory English for all children several years ago when the National Institute for Education (ŠPÚ) was preparing its language policy.

“But after the first meeting I was never invited to be part of the working group again,” she said. She believes that with the passing of time Slovakia cannot prevent English from developing as the number one language and pointed to the fact that some countries, such as the Netherlands, want to teach all university fields of study only in English “in order to save money for translating specific books and materials and to prepare young people for the European and international markets.

After the amendment was first passed by Slovakia’s parliament, Education Minister Eugen Jurzyca was showered with strongly critical reactions from many quarters. President Ivan Gašparovič vetoed the law, stating that students should be able to pick a language of their choice as their first foreign language. Some ambassadors to Slovakia, according to President Gašparovič, also objected to their country’s language being pushed aside in Slovak schools and some schools worried that there might not be enough qualified English teachers.

Currently, only about 66 percent of the students in Slovakia learn English, while overall in the EU the percentage is as high as 90 percent. Slovak students are required to study two foreign languages: one beginning in their third year and a second one beginning in the fifth grade but the new amendment now makes English compulsory in the third year. The Education Ministry told The Slovak Spectator that at the end of November 2009 almost 13,000 teachers were teaching English at basic and secondary school levels and that some schools lacked English-language teachers. The ministry expects to fill any shortage by using teachers who are upgrading their qualifications so that they will be permitted to teach English.

Almost 4,000 teachers are now attending university courses for training in teaching foreign languages. The programme for retraining teachers, which had been suspended for almost six months due to problems with drawing money from EU funds, was restarted in early 2011 when the education minister found resources in the state budget to fund it.

The British Council also proposed to the Education Ministry last September that it could offer a range of courses for teachers that might meet the ministry’s requirements. The British Council said it was willing to offer these resources to the Education Ministry without cost and would also take the responsibility to train an initial group of trainers.

Berešová explained that studying English at Slovak universities is not very attractive for young people as learning the language is not easy, the social status of teachers is low and the expected salary is discouraging. She suggested that one temporary solution for the lack of English-language teachers would be to give students at universities in any field of study an opportunity to continue in courses of English for Specific Purposes (ESP) for six to eight semesters.

“Most non-philological faculties stopped teaching ESP to save money,” Berešová told The Slovak Spectator. “No institution checked if this kind of savings is good or bad. It seems to be bad because many graduates are unemployed. If they had completed ESP courses, they could have tackled this lack of teachers for a certain time.”