A recovering economy may lead to wage hikes

Average wages in Slovakia kept rising over the course of 2010. But analysts note that this was primarily due to the loss of many jobs with lower wage levels and for that reason the increase in wages was mostly an optical illusion. There are optimistic forecasts for significant economic growth in 2011, with many companies operating in Slovakia expecting improved sales and the potential need to bump up their employees’ wages. However, changes in income tax rules and higher payroll tax levies adopted in late 2010 by the Slovak government will negatively affect the net spendable earnings of many employees. 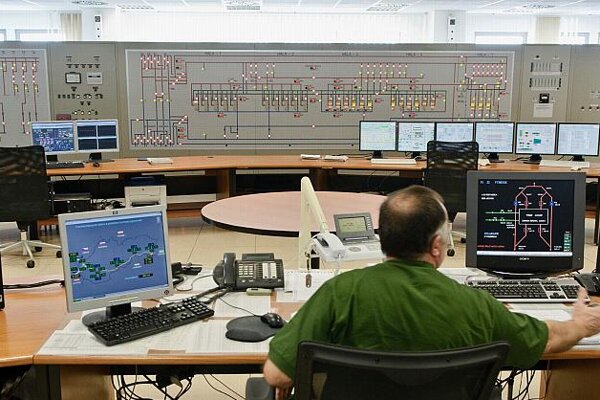 Average wages in Slovakia kept rising over the course of 2010. But analysts note that this was primarily due to the loss of many jobs with lower wage levels and for that reason the increase in wages was mostly an optical illusion. There are optimistic forecasts for significant economic growth in 2011, with many companies operating in Slovakia expecting improved sales and the potential need to bump up their employees’ wages. However, changes in income tax rules and higher payroll tax levies adopted in late 2010 by the Slovak government will negatively affect the net spendable earnings of many employees.

The average nominal monthly wage increased in all eight regions of Slovakia in the first three quarters of 2010 in contrast to the variable experience in 2009. The largest average increases were in Košice Region and Banská Bystrica Region, up 5.6 percent and 5.2 percent respectively. In the remaining six regions the annual average wage increases ranged between Bratislava Region’s 1.4 percent and Žilina Region’s 4.5 percent. Despite having the lowest growth rate Bratislava Region stayed at the top of the regional wage chart in 1Q-3Q 2010, with an average nominal wage of €964 and it remained the only region with an average nominal wage above the national average. The average nominal wage in other regions ranged between €568 for Prešov Region, at the bottom of the chart, to €693 for Košice Region, the second highest.

The financial and insurance sector recorded the highest average nominal monthly wage, at €1,444 for the first three quarters of 2010, followed by the information and communication technologies (ICT) sector (€1,418) and supply of electricity and gas, (€1,221). Employees in the accommodation, restaurant and catering services sector received the lowest average nominal monthly wage, of €486, surpassed by the average wages of employees working in construction (€562) and agriculture (€566).

“One should not read too much into 2009 and 2010 statistics on average wages,” Vaňo told The Slovak Spectator. “First of all, during 2009 the level of Slovak industrial production as well as employment slumped, and the most notable loss of jobs took place in industries with lower value-added production and hence also below-average wages. Such asymmetric job losses skewed toward below-average earners resulted in the statistical effect of a higher average wage for the remaining pool of those employed, though this did not mean in any way that the average employee earned more, only that more of the lower earning jobs in the hardest-hit industries were lost. This is the reason for the at first sight, surprising 3-percent annual increase in the average nominal wage in 2009 and the 1.4-percent annual growth in the average real wage in the same year.”

Vaňo believes that the annual growth in the average nominal wage of 2.8 percent in the first half of 2010 was also due to the statistical aberration caused by the shedding of jobs with below-average wages.

“One should also keep in mind that the range of wages that people earn in Slovakia is extraordinarily wide; in regional terms the difference between the average salary in Bratislava and Prešov is almost 70 percent,” Vaňo emphasised. “Hence the statistical effect of retaining more jobs in productive, higher value-added industries should not be underestimated. Since Slovakia enjoyed record-low inflation at the turn of 2009 and 2010, courtesy of exchange rate stability and weak domestic demand, the 2.8-percent average nominal wage growth in the first half of the year resulted in slightly higher real growth of 2.0 percent.”

Apart from the qualitative change in those who retained employment as the recession hit the lowest value-added industries hardest as well as the low level of inflation, the labour market in 2010 began to reap some selective fruits of recovery in industrial production, Vaňo noted. He said that this helped to lift the annual increase in nominal wages to 3.7 percent in the third quarter of 2010 and 2.6 percent in real terms.

“The improvement in real wages was uneven, however: as of November 2010, the largest annual increases in real wages were recorded in services (17 percent), utilities (10.7 percent), civil engineering and construction (6.9 percent) and ICT (5.7 percent), while several sectors still recorded an annual drop in real average wages, e.g. postal services, and until October also in car retailing and maintenance and in mining as well as in manufacturing,” said Vaňo.


The Statistics Office will announce the changes in average nominal wages for all of 2010 only in early March, but the Finance Policy Institute of the Slovak Finance Ministry predicted in its macroeconomic prognoses for 2010-2014, updated in February 2011, that the average nominal monthly wage for 2010 would be €770. Compared with 2009 this would be a nominal increase of 3.4 percent with the institute estimating growth in real wages at 1.3 percent year-on-year.

For 2011 the institute forecasts growth in the nominal monthly wage of 3.7 percent, increasing to a level of €798 while average real wages should increase by 0.2 percent.

Vaňo expects that recovery in economic activity as well as an increase in labour productivity will contribute to positive dynamics in average wages, with an increase in nominal wages of between 3 and 4 percent in 2011 and potentially even more in 2012.

Based on a wage survey, Platy.sk, conducted by the biggest job portal in Slovakia, Profesia, the anticipated growth in wages indicates that job applicants have adjusted their wage expectations to the current situation in the labour market, and as Profesia put it, “they are more ‘down to earth’”.

“I assume that their behaviour will not change in 2011,” Miroslav Dravecký, the project manager for Platy.sk, told The Slovak Spectator.

Wages offered by employers to new employees in 2010 did not change significantly when compared to 2008 as they rose by only 1 percent compared to pre-crisis times, Dravecký said. He expects only a moderate increase in the average wage offered to new hires this year compared with 2010.

A survey among 30 companies conducted by the Hospodárske Noviny economic daily showed that after a resolute ‘no’ to wage increases in 2010 many companies now see some space for modest upward adjustments in wages in 2011.

At the end of last year the Slovak government adopted a number of changes in the country’s income tax and payroll tax legislation. The aim was to reduce the number of exemptions and exceptions and to augment the state’s revenue.

The changes with the most impact on wage earners include taxation of so-called ‘pocket money’ and requiring that social insurance contributions be paid on daily allowances given for foreign business trips.

“We have calculated that this can easily cost €100 a month for a truck driver, for instance,” Bart Waterloos, a partner in the VGD law firm in Bratislava, told The Slovak Spectator.

A change in the amount of non-taxable income, which was cut from €4,025.70 to €3,559.30, and the termination of an employee’s deduction of up to €398.33 for contributions made to Slovakia’s third pillar of old-age pension savings are the two other most significant changes in taxation.

The government also approved a single level of 40 percent for lump-sum tax allowances that had previously ranged between 40 percent and 60 percent.

There are also some changes that will impact certain categories of employees, such as cancellation of tax-deductible educational expenses for medical personnel. Social insurance contributions will also now be required on certain types of dividends and rental income that exceeds €500 per year, down from €925.95 in the past, according to Waterloos.

“There are a lot of smaller changes that will all have some impact,” said Waterloos. “A ‘good’ thing is that some escape routes have now been closed and there is more uniformity in the terms used by the different laws.”

For quite some time Slovakia was considered to be a country with low labour costs. But after huge inflows of foreign direct investment and an economic boom that resulted in a shortage of qualified labour leading to higher wages, Slovakia has shed a bit of that reputation. But experts note that many investments have so far flowed primarily into the western part of the country and that has brought wage disparities and left many investment opportunities remaining in lower-wage eastern Slovakia.

“Production factor cost (including labour) must always be judged in conjunction with its productivity,” Vaňo said. “Hence, it is never only the labour cost question, but the ratio of qualification to cost that has the major influence on decision-making of potential investors. Moreover, the stark trench between the highest and lowest earning regions still points to the fact that while western Slovakia might not appear as attractive from the viewpoint of cost advantage, potential investors should still consider Slovakia on the grounds of lower labour cost by just looking further eastwards to Košice and Prešov.”

According to Vaňo, investments in the eastern regions of Prešov and Košice offer a unique combination of stability within the euro area when compared to foreign exchange volatility in other countries in the central European region, as well as a significant labour cost advantage.

“While the average wage in Bratislava already approaches €1,000 per month, in Prešov and other less fortunate regions of Slovakia it is still closer to €600 per month,” said Vaňo.