There was little in terms of useful tradition to preserve from the heavily ideologically-driven staffing policies used by employers in Slovakia during the communist regime before 1989. As a result, the entire human resources sector, at least as far as it is known and understood today, had to emerge and develop from the ground up, along with the new markets it grew to serve. After enjoying relatively rapid growth from about mid 2000, when many of the existing market players reached maturity, the global economic downturn hit in 2008 and 2009, posing new challenges to the human resources and personnel consulting segments. 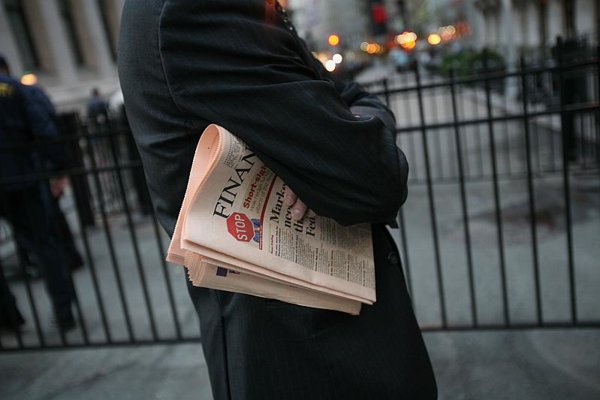 The HR segment has matured over the past 20 years. (Source: TASR/AP)
Font size:A-|A+0

There was little in terms of useful tradition to preserve from the heavily ideologically-driven staffing policies used by employers in Slovakia during the communist regime before 1989. As a result, the entire human resources sector, at least as far as it is known and understood today, had to emerge and develop from the ground up, along with the new markets it grew to serve.
After enjoying relatively rapid growth from about mid 2000, when many of the existing market players reached maturity, the global economic downturn hit in 2008 and 2009, posing new challenges to the human resources and personnel consulting segments.

Modern personnel consulting started developing in central and eastern Europe at the beginning of the 1990s under the influence of western companies. At that time a relatively large number of companies and branches of multinationals emerged here which followed clients moving eastward, according to Martin Krekáč, senior partner of Amrop Slovakia and chairman of the Jenewein Group.
“This era was characterised by fast growth, and a certain lack of standards and sometimes even professional ethics,” Krekáč told The Slovak Spectator.

Very often there was no unified understanding of what particular services meant or what was being offered, and this lack of clarity emerged not only on the part of the clients but also in particular consultancy firms, Krekáč added.

“Twenty years ago no one in Slovakia knew what human resources management meant at all,” Dana Blechová, country manager for Iventa Slovakia Management Consulting, told The Slovak Spectator.
Blechová agrees that HR departments in firms had to learn everything from their foreign colleagues and that personnel departments at that time were more geared towards hiring and administration of employees.

According to Krekáč, the segment has since matured and its structure and basic rules have become established within particular markets.

No internet in the early days

Krekáč notes that the transformation of the economy after 1998 and Slovakia's entry into the European Union in 2004 boosted personnel consulting, which in its early years focused primarily on filling managerial positions in foreign companies entering the Slovak market.

While in the 1990s searching for personnel via advertisements and direct search – though in a different form to that which exists today – was the normal approach, after 2000 a more deliberate and focused search for leaders and talent through executive search prevailed, according to Krekáč.
“We must not forget that at the beginning of the era of personnel consultancy [in Slovakia] there was no internet and headhunters were systematically building their databases by collecting data on firms and candidates,” Krekáč told The Slovak Spectator.

Bold reforms and foreign investments in central and eastern Europe created massive demand for human resources services, which was reflected in the operations of executive search companies, he added.
A logical consequence was the diversification of their product portfolio towards wider projects in the area of human capital, thanks to which firms started securing their long-term competitiveness – for example through independent managerial audits to strategically evaluate managers and talents, the creation of suitable consistency on boards of directors, and HR projects for foreign investors and family businesses – Krekáč added.

According to Krekáč, an important shift was that, along with private companies, the public sector and industrial sectors regulated by the state also began to use HR consultancy services.

In terms of the difference between firms operating in the early days of HR and today, the first personnel consultancy firms that emerged after the revolution were more universal and offered clients everything they needed without having any prior experience or knowledge, said Blechová, adding that the firms themselves learned new skills while working on clients’ project.

“Now firms are more specialised and in many cases also more professional,” Blechová said. “There is very sharp competition and this is why personnel-consultancy firms are forced to fight for clients and seek compromises.”

After the revolution, the situation was different and there were times when personnel consultants wished clients would stop calling because they did not have the capacity for new projects, Blechová said. The market was not saturated and it was relatively easy to get an order as well as to fill a position, she added.

Who were the HR people?

HR firms mostly chose candidates with degrees in the human sciences, such as psychology, andragogy – for example learning strategies focusing on adults – as well as pedagogy, according to Blechová.
“Most HR managers were not part of the top management of firms and they did not necessarily have to understand the business as they mostly had a supporting role,” said Blechová. “Today the situation in many firms is different; firms have functioning HR departments with well-tested processes and HR managers are often part of the top management and influence the global strategy of the firm and also understand the business side.”

They are often required to have an MBA degree, Blechová added.

After some wobbles in the mid to late 1990s, which led some multinationals to withdraw from the Slovak market and other HR firms to close down, came a period of consolidation and relatively rapid growth. This was considerably slowed by the financial and economic downturn in 2009 and 2010, according to Krekáč.

The crisis hit the consultancy segment quite hard. The decline of turnover just in the executive search segment reached 70 percent in some cases, according to an international study by Amrop carried out in the countries of central and eastern Europe, noted Krekáč.

Even though signs of a real revival and a return to growth have started to appear in the market for personnel consultancy, including executive search, the question of how to sustain this trend over the longer term is what worries the leaders of consultancy firms, Krekáč said, adding that this is where the new challenge lies.

“The new reality is that the traditional and often almost conservative thinking and approach to the profession of consultancy will no longer work,” Krekáč said. “The captains of certain companies will have to think harder within the tested frameworks and seek new motors for future success.”
He identified the types of firms that were able to survive as being those which were able to grasp the latest trends and adjust to the changing conditions in the market, as well as provide added value to firms in turbulent times.

Krekáč explained that over the years several firms have emerged as a result of individuals leaving large consultancy firms and then setting themselves up as executive search or personnel agencies.
Krekáč said that the fact that there are essentially no barriers to entry to the HR-services market is one of its negative aspects. The services offered by new entrants in most cases, he claimed, do not include actual standards and their professional approach is mostly based on persuading clients with phrases such as “I will deliver the same result for half the price since I have the same know-how”.

Krekáč said he expects such companies to be short-lived since they are not based on investments in quality, something which wise clients detect promptly.

“Paradoxically, there hasn’t been any significant clean-up of the market over the past few years,” Krekáč commented. “The crisis has not cleaned up the market, on the contrary, it has polluted the segment.”

As for the future, Krekáč sees two directions: in the first, companies opt for a strategy of further diversification and identification of additional services to offer clients. The most significant risk in this case is the ability to offer quality. The second option, on the contrary, is to follow a strategy of focusing on the core business. Here, the greatest risk is that a firm fails to understand the changing needs of its clients and subsequently fails to adjust to their expectations.

“Both strategies will be tested over time and it will be interesting to see which approach is more effective,” Krekáč said.

Consultancy firms need to learn to reconcile themselves to changing expectations on the part of clients, Krekáč said. He added that he considers limits on companies' budgets for use of external advisers to be a temporary situation. Recent months suggest that the market is recovering, he said.
That said, the HR sector itself hopes that the HR function will always find a place within the management of companies.

“I really like the model of HR business partnership, which emerges from shifting the HR function in firms from the third managerial line to the board of directors,” Mariana Turanová, managing partner of Target Executive Search, told The Slovak Spectator.

When comparing the Slovak HR market with the international environment, Krekáč said that leading companies here operate in line with the highest international criteria and standards, and observe a strict ethical code.