The quality of higher education and science should become a priority

‘Lagging behind’ has become a label that Slovak academia, with the exception of some high-level departments, will have to go to some lengths to erase. Despite this year’s austerity budget, Slovakia’s current government says it is determined to lead Slovak universities towards better research results and greater competitiveness in the international environment. It is planning yet another big amendment to the Higher Education Act, the fifteenth so far. The Slovak Spectator spoke to Libor Vozár, the rector of Constantine the Philosopher University in Nitra, who was elected as the head of the Slovak Rectors’ Conference (SRK) in June 2010, about the challenges that Slovak universities currently face and his vision of the changes they need to make. 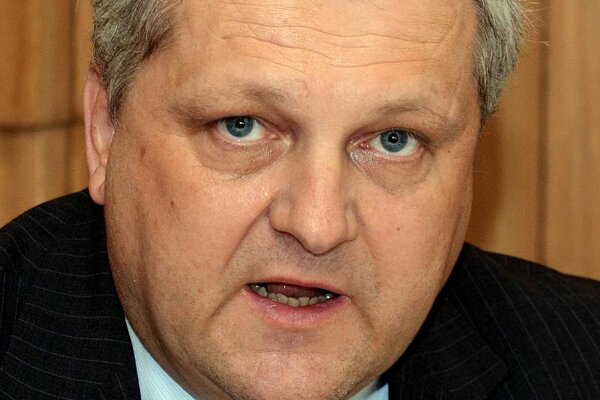 ‘Lagging behind’ has become a label that Slovak academia, with the exception of some high-level departments, will have to go to some lengths to erase. Despite this year’s austerity budget, Slovakia’s current government says it is determined to lead Slovak universities towards better research results and greater competitiveness in the international environment. It is planning yet another big amendment to the Higher Education Act, the fifteenth so far. The Slovak Spectator spoke to Libor Vozár, the rector of Constantine the Philosopher University in Nitra, who was elected as the head of the Slovak Rectors’ Conference (SRK) in June 2010, about the challenges that Slovak universities currently face and his vision of the changes they need to make.

The Slovak Spectator (TSS): It’s been more than half a year since the Ministry of Education got a new minister, Eugen Jurzyca. Are you satisfied with the steps he has taken so far in the area of higher education? What other changes do you expect him to make?
Libor Vozár (LV): I will definitely not evaluate the minister of education, science, research and sport. It’s not my task, and I think that half a year in such a post cannot seriously be evaluated anyway. I’d rather focus on my expectations from the minister, or more generally from the government and the parliament. Let me be a bit idealistic here. I’d welcome an altered approach to universities. It would be helpful if politicians asked us what we would need in order to be more competitive internationally and more useful for Slovakia. I’m aware there is a need to deal with the impact of the financial and economic crisis. History clearly shows that the period of growth which usually comes after a crisis requires well-prepared people and the application of more sophisticated approaches and technologies. From this viewpoint, universities are key, because they not only take part in educating qualified employees for the future, but also in gathering and transferring knowledge. So I think that despite the crisis the current circumstances can be altered in favour of universities.

TSS: Another amendment of the Higher Education Act is due to be presented this spring. What are your expectations for it?
LV: I think the amendment should follow five main principles. First, to strengthen quality. In recent years quantity has been preferred, but now that we already have a sufficient number of students and universities, the future lies in quality, mainly of education and science.
Then international competitiveness needs to be strengthened. We should focus on removing our systemic incompatibilities and on fostering support for cooperation with more advanced EU countries. I think that the national heritage should be cultivated in culture, arts and other traditions, but a long-term cultivation of holdovers in other areas is a burden for us.
The third principle should be support for transparency. I think that fair and transparent rules and competition enable the best to prosper and weed out those who cannot keep pace.

The fourth intention of the amendment should be to strengthen the management of universities and make it more transparent. Slovak universities have recently been evaluated by experts from the European University Association, who stated that they weren’t able to find out who actually manages the universities in Slovakia. Compared with the standards in advanced European countries, our internal management structures are not transparent. Autonomy in decision-making is not balanced by responsibility.

And the fifth principle should be increasing effectiveness and generally decreasing bureaucracy. That is something we all wish for, I believe.

TSS: How do you perceive the ministry’s plan to change the rules for accreditation of professors? Do you agree with the minister that one problem is that the current system provides only minimal opportunity for the public to control the quality of professors?
LV: In the past 10 years we have significantly increased the number of students in Slovakia. Today, about one half of 18-year-olds enter universities, just like in the more advanced countries. The growth in access to university education and the accreditation of study programmes has created pressure to increase the numbers of associate professors and professors. There are voices saying that an increase in the number of professors is a sign of a decrease in their quality. I don’t know if that’s the case. The decisions of scientific councils of faculties and scientific councils of universities are behind the quality of professors. I cannot think of any better solution; I don’t know which ‘anointed head’ should serve as a higher professional judge. In my opinion, no control mechanisms can solve the situation. On the contrary – the accreditation of study programmes should be ‘cut off’ from the academic titles of associate professors and professors, and we should consider whether we are ready to replace the system of titles with a system of job positions of associate professors and professors, as exists in the advanced world, and determine whether we can find the political will for such a change.

TSS: The education minister has announced ‘dramatic changes’ in the system of university financing, which he has agreed with the SRK. Which of the changes do you consider the most important?
LV: Minister Jurzyca has decided that we will no longer pretend that results in science, such as winning money from scientific grants, or the number of PhD students, are an indicator of the quality of education. He has decided to move almost €70 million from education to science. I consider this decision to be right and clear.

Considering the results of the comprehensive accreditation is equally important in distributing resources for science. Simplifying the procedure of distribution of subsidies is also key. If the money should be a tool of management, then everyone should be able to understand the details of the procedure.

The overall volume of financial resources remains a problem, however. Universities will have to deal with lowered budgets this year, and investment will be cut by more than two thirds.

TSS: Under the new rules, the evaluation of higher education institutions will depend much more on the number of papers published in peer-reviewed journals. Do you agree with this change? What impact will it have on universities?
LV: It should be said that the times when we considered a local, for example a departmental seminar and collection of articles, a significant contribution to the world’s science, are definitely gone. We are an EU member, and we participate in the European Higher Education Area and the European Research Area. Therefore we value as ‘world-class’ results in science only when they are published in international periodicals or monographs, and followed and cited in bibliographical databases. In this context the pressure to publish in prestigious journals is progressive, and if Slovak universities adjust to it, it will be to the benefit of their quality.

Rectors, however, have reservations about the fact that focus is being put on one database only, which experts say covers only a selective part of the affected journals. The period when we had access only to the databases of Current Contents is past, and it’s necessary to widen our attention to other bibliographical databases.

TSS: Observers often say that Slovak universities are not sufficiently open to international cooperation. Do you also consider this a problem?
LV: Yes, I do. Slovak universities focus on the Slovak market, not only in education but also in science. The indicators are clear: low numbers of foreign students and weak participation in framework programmes and other scientific and educational initiatives of the EU. Even the best of the best don’t have European ambitions and focus only on national resources.

TSS: HR experts often blame Slovak universities for the poor links between their study programmes and business. How do you perceive this problem at your university?
LV: Weak links with business have their causes on both sides. Universities would appreciate more support for their activities, which doesn’t seem to be of much interest for businesses.
Businesses would, on the other hand, appreciate buying solutions for their specific problems and prefer education, sometimes even immediate production of narrowly-specialised experts, which universities either are not interested in or don’t consider to be right. The accreditation of study programmes, which is extraordinarily conservative, also prevents ‘tailored education’.
Academia-business cooperation depends on the accessibility of financial resources. It’s better at the technical universities, where the effect is more visible, and the return on investments is comparatively fast.

Constantine the Philosopher University in Nitra is a comprehensive university, and it can make itself useful for regional development and culture, but cooperation with production and business is currently stagnating. We have developed cooperation with the regional school system, since we prepare future teachers. We had, for example, a crisis line for children project, which I think was really useful, but there was nobody willing to finance it, so we had to close it down.