Over the past two years, primarily during the global downturn, the market has changed markedly, which also impacted the human capital segment at all levels of management and in all economic sectors. But these changes were different in each sector and significant differences appeared as well at individual levels of management. 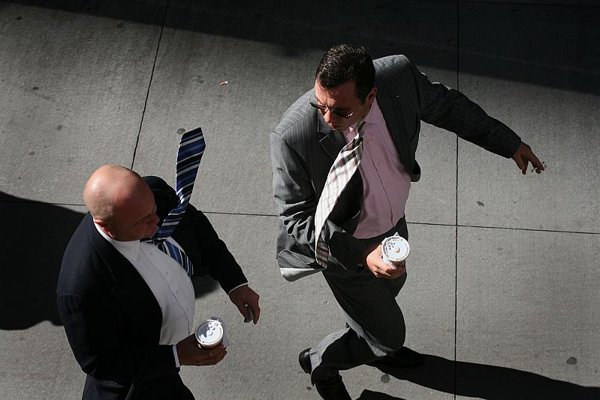 Layoffs among managers and those in highly-specialised positions have been fairly rare. (Source: TASR/AP)
Font size:A-|A+0

Over the past two years, primarily during the global downturn, the market has changed markedly, which also impacted the human capital segment at all levels of management and in all economic sectors. But these changes were different in each sector and significant differences appeared as well at individual levels of management.

The sector which had probably been the most dynamic before the crisis in terms of growth and the sector first hit by the crisis was the production sector. The crisis had the gravest impact on employment at the level of rank-and-file positions. This is where the largest layoffs occurred. At the level of top management we saw noticeably higher stability and less willingness of candidates to make changes. Layoffs among managers or highly-specialised positions were rather rare. The best employees of several companies which withdrew from the market or ended their operations did not have any significant problems in finding new opportunities – assuming they were willing to relocate within Slovakia and accept offered, often different, remuneration packages.

The halt of the influx of investors to Slovakia did reduce demand in the market and impacted the whole production sector. In the past two years, the turnover of managers and specialists among companies decreased while employers pressed more for quality. In essence, employers wanted to have the best people onboard: individuals who could help them survive difficult periods as effectively as possible. At the same time, cost cuts pushed internal HR departments to take over more activities pertaining to head-hunting and choosing the right candidates.

Suddenly, when the offers for rank-and-file positions in the labour market again became available, it was no longer necessary to worry about the lack of labour at this level and opportunities opened for internal HR departments to increase the quality of talents and specialists. But a new phenomenon also occurred. In particular, when job cuts in the broader region occurred, expats opted to take managerial positions at domestic firms. The chief reason for this was survival in the crisis and to later be able to return, nevertheless while replacing top domestic managers who unfortunately had to depart as redundant workers.

The global financial sector was hardest hit by the crisis but this did not show so radically in our financial institutions, as local financial institutions were healthy. Thus, we saw no declines of banks or insurance companies here as happened in the United States or in western Europe. But pressure from mother companies pushed all institutions to the mode of optimality and restructuring. There was intense pressure to keep the best leaders and managers in all branches. After all, their participation would ensure the livelihood of institutions during the period of crisis.

In the pharmacy sector more mergers emerged, enabling these companies to pick the best leaders and managers. Equally important to note, major changes in crucial managerial positions appeared less often. As a result, more stability was brought to this sector. We also noticed centralisation mainly at the level of the Czech Republic and Slovakia. All this, together with the ongoing mergers of health insurers, has reduced the number of senior managerial positions in the strictly commercial sector. Nevertheless, the ongoing commercialisation of health care enables top managers to get jobs also in fields where it had not been common before: in pharmacy chains, laboratories, health-care facilities and distribution companies, renderers of occupational health services and the like.

The crisis hit the IT sector with some delay since most projects had already been underway and planned in the companies’ budgets for 2009 and the crisis mostly surfaced in the first half of 2009 and in 2010 when the previously launched projects gradually ended or no longer generated the same volume of activities as during previous periods. Certain projects were also suspended because of the parliamentary elections and the public sector was one of the crucial markets for many companies. This influenced the focus regarding the selection of leaders who would be able to generate business, identify business opportunities, and stabilise incomes, among other tasks.
Companies active in the energy sector continued to thrive. The entry of foreign investors and the gradual restructuring of companies in the liberalised market which, however, is still quite strongly controlled by a few players, meant that the question of success and profitability was rather a result of an effectively-managed company than of competitive pressures. In recent years, energy-sector leaders managed to complete their business, finance, customer care and other supporting activities by using experienced, compatible leaders from other commercial spheres. However, a supply deficit prevails in technological and specialised positions, from leaders to many kinds of experts where a generational change still has not taken place and there are only very few effective leaders and managers, as well as experts. This has remained a critical issue for these companies that must be resolved within a short period of time.

In almost all types of business-oriented companies there was great pressure to identify new business opportunities, while these companies more frequently had to re-evaluate their short-term results, business strategies, risks and opportunities. This was occurring while in many cases a centralisation on a regional level re-occurred, where Slovakia as a small market and country remained more on the level of a commercial agency. Fortunately, many positions that have been centralised to a regional level had a manager who held the position in Slovakia and some centralised regional positions, whether in central and eastern Europe or in the Czech Republic or Slovakia, were retained by Slovak managers.

Generally, significant changes also happened at the level of managerial positions, which had been much more stable. All of a sudden, demand in the market declined while the growth in the number of new employers who needed to fill all types of senior and medium-level managerial positions receded. Applicants for these positions would have felt stronger pressure from their employers for greater effectiveness in curbing costs and saving in all areas, which along with the general situation in the job market and frequent layoffs at lower managerial levels, led to lower interest by managers in making job changes than ever before.

The labour market has markedly changed over the last “crisis” period in Slovakia, as has the approach of employers, employees, and those who commission competitions for individual positions, and the conditions under which these services have been provided. Also noteworthy is the approach of applicants, their motivation, and reasons for changes. Those who have been able to adapt to these changes are successful; others had to change or even leave their work in their respective branch. The Slovak market is very small and unique and in many spheres is not quite standard, which is reflected also by the current situation in this sphere.

Miroslav Poliak is a partner at Menkyna & Partners Management Consulting