THE INTERNATIONAL community has responded to the devastating earthquake that struck Japan on March 11 with compassion for the thousands of lives lost and the more than half a million left homeless. But the explosions at the Fukushima I nuclear plant, where radiation levels have been rising since the earthquake damaged its cooling system, has officials around the world fielding questions about the safety risks of nuclear power. 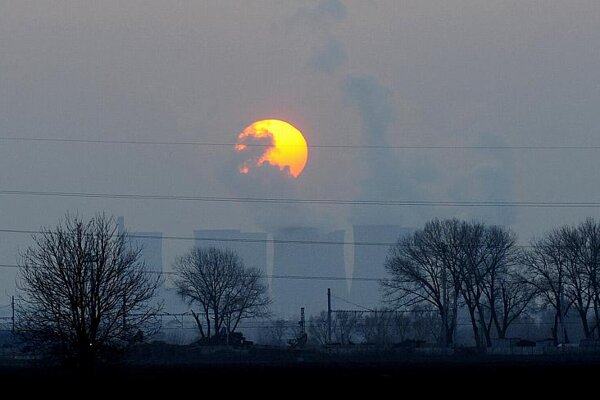 THE INTERNATIONAL community has responded to the devastating earthquake that struck Japan on March 11 with compassion for the thousands of lives lost and the more than half a million left homeless. But the explosions at the Fukushima I nuclear plant, where radiation levels have been rising since the earthquake damaged its cooling system, has officials around the world fielding questions about the safety risks of nuclear power.

While some nations suggested the events in Japan would cause them to take a serious look at their nuclear energy policies, the Slovak Economy Ministry reaffirmed its stance that nuclear power is among the most stable sources of electricity worldwide and that the country’s nuclear power plants are subject to strict safety standards.

Slovakia’s nuclear supervision authority has assured the public that Slovakia’s two nuclear power plants, at Jaslovské Bohunice and Mochovce, were designed to withstand earthquakes of considerable intensity. But environmental watchdog Greenpeace has responded that the developments in Japan show what serious risks nuclear plants pose.

Interior Minister Daniel Lipšic assured Slovaks that, as of March 16, there were no safety risks to Slovakia from the damaged Japanese plant.

“Of course, we need to be prepared and cautious,” Lipšic said, as quoted by TASR newswire. He added that the Slovak authorities would not conceal information on any potential increase in radioactivity, as happened during the 1986 Chernobyl disaster in the former Soviet Union.

According to estimates, the radioactive cloud from the Fukushima plant will approach either North America or Kamchatka on March 17, Environment Minister József Nagy said. He stated that the cloud, currently 8,000 kilometres away from Slovakia, is being carefully monitored by 26 Slovak meteorological stations and a number of international institutions, TASR wrote.

In 2009, nuclear power made up 22 percent of the country’s power capacity, and that amount remained stable in 2010. Hlavatá said that the ministry would refrain from predicting the share of nuclear energy after the 3rd and 4th blocks of Mochovce are completed in 2013, since that depends not only on the blocks being completed, but on all the investment in nuclear energy for which licences have been issued in line with Slovakia’s energy policy. Analysis will be available in the second half of 2011 during creation of Slovakia’s new energy policy, Hlavatá added.

On March 15, Fulvio Conti, chief executive officer and general manager of Enel, the majority shareholder of Slovenské Elektrárne, the country's dominant power producer and operator of both of Slovakia's nuclear power plants, told a press conference that the current situation in Japan should not affect completion of the nuclear power plant in Mochovce.

“In Slovakia we’re completing two reactors, which are set to be launched in 2012 and 2013. We don't see any reason for changing the engineering procedures,” said Conti, as quoted by TASR newswire, adding that the project is well prepared, with safety as the uppermost priority.

Slovakia’s active nuclear plants, Jaslovské Bohunice and Mochovce, are both located beyond active seismic zones, Robert Merva of the Ministry of Economy’s communications department wrote in a release.

The construction of each part of the power plant is designed to withstand quakes several times stronger than those recorded near in the vicinity over the past 100 years, Merva wrote.

“Upon taking office, Minister Miškov personally enquired about the safety of Slovakia’s nuclear plants and made sure that the country currently meets all the strictest safety standards during production,” Merva said.

Miroslava Pirožeková of the Slovak Nuclear Regulatory Authority (ÚJD) said that both of the power plants were designed using projections based on a so-called calculated earthquake, which account for an intensity that is probable once in about 10,000 years. Subsequently, the components, systems and construction of the given nuclear power plant are designed in such a way that if the calculated earthquake occurs, the power plant can be shut down and the system allowed to cool, Pirožeková told The Slovak Spectator.

According to Pirožeková, the “safety of nuclear facilities in Slovakia in terms of seismic resistance is continuously monitored and the results are regularly re-evaluated in the context of the latest results of science and research. In addition, measures are continuously taken to improve safety”.

According to the Economy Ministry, both power plants have security systems that automatically shut the plant down if seismic activity reaches even 50 percent of the intensity for which it was designed.

The reactor is cooled by several mutually independent systems. Compared to the Japanese boiling water reactor in Fukushima, the pressurised-water reactors used in Slovakia have a more elaborate double cooling system, the ministry stated in its release.

Meanwhile, environmental watchdog Greenpeace warned that accidents cannot be ruled out at any nuclear reactor in the future.

“The unfortunate events in Japan show yet another of the many situations in which nuclear energy is dangerous,” Andrea Zlatňanská, Greenpeace’s energy campaign co-ordinator, wrote in a press release.

Greenpeace also vehemently objected to a statement by Economy Minister Miškov, who told the Sme daily that safety standards at Slovakia’s nuclear facilities are above-standard.

Zlatňanská said the power plants are of a Russian design from the 1970s, and that an environmental impact assessment (EIA) of Mochovce 3 and 4 turned up concerns about the safety and sufficient supplies of cooling water in crisis situations that have still not been addressed.

“The minister’s statement that the nuclear plant could, for example, withstand a plane colliding into it, is misleading,” Zlatňanská said.

Pirožeková responded that the Nuclear Supervision Office continuously monitors nuclear safety and that Slovak legislation is fully in line with international standards and EU legislation.

The Nuclear Regulatory Authority is ready to participate in international assistance concerning developments at the Fukushima nuclear power plant, and will implement any recommendations on strengthening nuclear safety that result from it, Pirožeková told The Slovak Spectator.

Michaela Terenzani and Jana Liptáková contributed to this report.