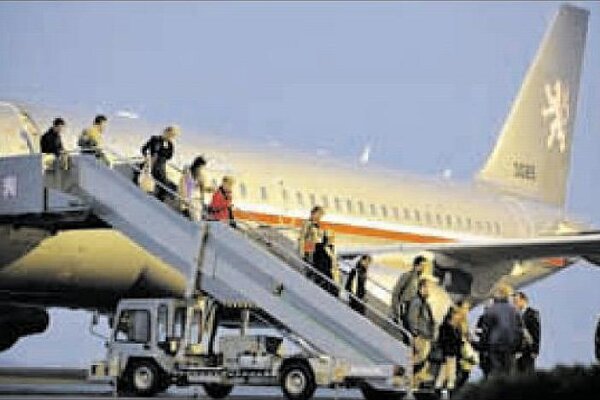 Prime Minister Iveta Radičová sent her condolences to Japanese counterpart Naoto Kano following the disaster. The quake and subsequent tsunami has left tens of thousands of people unaccounted for.

“I wish you and the people of Japan strength to deal with the damage and also in your efforts to restore the earthquake-hit infrastructure,” said Radičová, as quoted by TASR newswire. “I'm convinced that despite the unpredictability of natural disasters, Japan will be able to restore normal life in the affected parts of the country as soon as possible.”

The European Council, which convened in an extraordinary session in response to the disaster, has agreed to coordinate help for Japan. Slovakia will contribute €250,000 for humanitarian assistance, Radičová said, as quoted by the SITA newswire.

“We want to coordinate the whole process of humanitarian aid with other countries in order to prevent duplicate efforts and, also, to make sure that they [Japan] don’t miss out on getting something they need,” Radičová said on March 14, adding that the form and scope of the assistance had not yet been settled.

Radičová said the key issue is arranging the transport and distribution of the humanitarian aid and making sure it goes where it’s most needed.

“It has turned out in the past that sending financial resources hasn’t always been the most effective form of aid, so we are looking at offering some form of material, concrete help,” Radičová said.

Apart from the financial support, Slovakia is also preparing to send a team from the Special Rescue Dog Service, located in Nyrovce, Nitra Region, which also took part in rescue efforts in the Hungarian village of Kolontár after it was hit by a wave of toxic red sludge in autumn 2010.

Alexander Berek, the director of the rescue service, said that they are ready to dispatch a 20-member group of international specialists who already have experience dealing with the after-effects of various natural disasters both at home and abroad.

“We have Slovak and Hungarian rescuers, dog-handlers, doctors and four divers in our team,” Berek told the TASR newswire. “Another eight Hungarian doctors specialising in rescue work related to natural disasters are ready to join our group.”

The rescue team contacted the Interior Ministry and the Foreign Ministry to offer its assistance immediately after the earthquake was reported.

Radičová also confirmed that Slovakia is ready to send 25 rescue workers, as well as food, water, blankets, and shelter, within four hours of receiving notice.

“We are only waiting for the response from Japan, so that they confirm what they need, how, and when,” she said, as quoted by SITA.

The Interior Ministry, in response to a call by the EU Monitoring and Information Centre (MIC), which activated the European Aid Mechanism, prepared a team of rescue workers composed of 16 firefighters and personnel specialised in post-natural disaster search and rescue, eight policemen with dogs trained to search for people buried in ruins, eight divers, six doctors and a veterinary surgeon, all of them available to depart within four hours of a call from the MIC.

“Slovakia’s participation in sending humanitarian help to Japan is conditioned on the cooperation of EU countries to secure air transport, which might limit the volume of the humanitarian material offered,” the ministry wrote in a statement. “In case of need we will secure ground-based transport of the accepted amount of material to a designated airport for further transport.”

The Japanese Foreign Ministry informed EU bodies that the rescue phase of the operation is nearing its end and that it will be followed by a phase focusing on meeting the basic needs of survivors, for which Japan had received offers from 102 countries and regions and 14 international organisations.

The Embassy of Japan in Slovakia thanked the Slovak government for the help it had offered and expressed “deepest gratitude to all the Slovak people who have expressed their sympathy and condolences to the bereaved families and victims” of the earthquake and tsunami, the embassy’s press release stated.