SHARP differences of opinion have emerged within the Slovak cabinet over the future of the country’s military contribution to the UN peacekeeping mission in Cyprus. 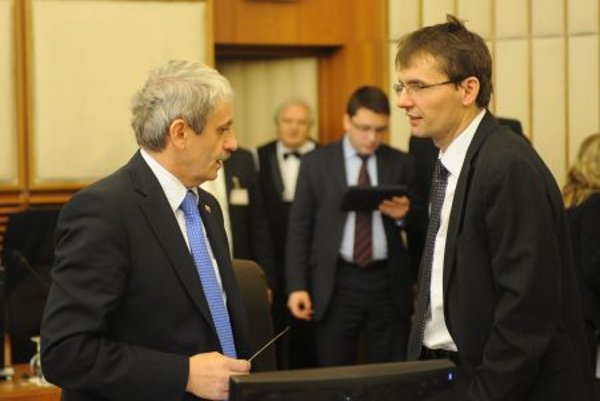 SHARP differences of opinion have emerged within the Slovak cabinet over the future of the country’s military contribution to the UN peacekeeping mission in Cyprus.

Defence Minister Ľubomír Galko announced on March 16 that he would advise the government to withdraw Slovak soldiers from the UNFICYP mission in Cyprus, citing a strategic evaluation that he said had concluded the mission would make little contribution to the development of the Slovak Armed Forces in the future, the SITA newswire reported.

Slovakia’s contribution of nearly 200 peacekeepers is disproportionate in relation to the country’s size and capabilities, Galko said, noting that Slovakia’s neighbours contribute far fewer soldiers to the UN mission. The Czech Republic has ten soldiers there, Poland 15 and Hungary 88.

The expense of the operation is another reason for ending Slovakia’s participation, Galko explained, as the UN reimburses only part of the costs. Expenditure on the mission in 2010 was €8.6 million, of which the UN refunded €3.4 million. The ministry thus spent €5.2 million keeping Slovak troops in Cyprus.

According to Galko, as much as 86 percent of the continually shrinking budget of the ministry is spent on non-discretionary items such as staff pay, payroll levies, and operations. Only 14 percent is left for modernisation and foreign operations.

“If funds for the mission were found outside the ministry’s budget, it would be possible to discuss allowing the troops to stay in Cyprus,” he said, as quoted by SITA, adding that the Defence Ministry is aware of the importance of the mission for Slovakia’s foreign policy.

Foreign Minister Mikuláš Dzurinda issued a sharp rebuke to Galko after the announcement, describing his fellow minister’s statement as “inappropriate” and adding that Galko had spoken in haste.

“This is very irresponsible, very amateurish and very harmful to Slovakia,” Dzurinda said, as quoted by SITA. He said it would be a fatal mistake to pull Slovak troops out of Cyprus.

The foreign minister also noted that he had received a message from his Cypriot counterpart, and that the ambassador of Cyprus to Slovakia was waiting to meet him at the ministry.

Galko, however, later insisted that the withdrawal of Slovak troops from Cyprus would not be a mistake. He said that he had discussed the issue with Dzurinda prior to announcing it in public, SITA wrote.

Slovakia has rotated 1,900 members of its armed forces through Cyprus since 2001. Andrej Šándor, a security analyst who was formerly head of the Czech Republic’s military intelligence service, explained that the mission is of symbolic importance, offering Slovakia a chance to show that it cares about resolving the conflict between the Greek and Turkish inhabitants of the island. He told the Sme daily that it is inappropriate for politicians to exchange strong opinions about Cyprus in public.

“These political fights only harm Slovakia abroad more than if the actual step [a pull-out of troops] was taken,” he said.