Slovakia's integrity rating not a reason for joy

THE GLOBAL Integrity Report (GIR) has ranked Slovakia in the top half of monitored countries with an overall score of 73 out of 100, but its report on the country is not without criticism. 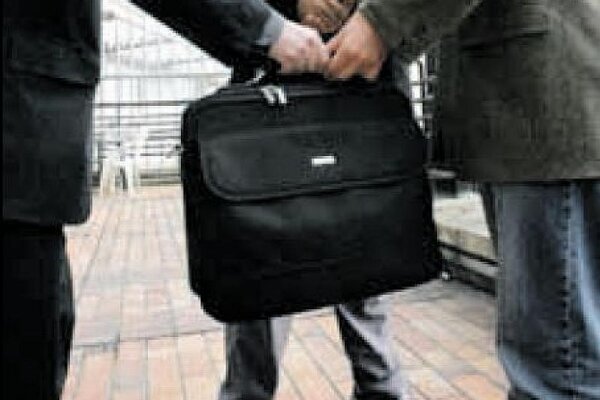 THE GLOBAL Integrity Report (GIR) has ranked Slovakia in the top half of monitored countries with an overall score of 73 out of 100, but its report on the country is not without criticism.

While the fight against corruption, the establishment of transparent government procurement processes and public access to information are all on the current government’s agenda, the latest GIR results show that Slovakia still has a long way to go in some of these areas before it reaches the level of other advanced democracies.

What is the GlR?

Published annually by the US-based NGO Global Integrity, the GIR assesses the strengths and weaknesses of anti-corruption systems at a national level.

Every country assessment included in the GIR is comprised of two core elements: a qualitative Reporter's Notebook and a quantitative Integrity Indicators scorecard. The data from the scorecard is aggregated and used to generate the international Global Integrity Index. The Integrity Indicators scorecard assesses the existence and effectiveness of key governance and anti-corruption mechanisms, and the public’s access to them, through more than 300 actionable indicators. It examines issues such as the transparency of the public procurement process, the freedom of the media, asset disclosure requirements, and conflict-of-interest regulations.

The recently released results are based on data gathered during the Robert Fico government, between June 2008 and June 2009, one year before the leadership of the country changed hands in June 2010.

“Slovakia poses a conundrum,” the report reads. “Although the former communist country is now a member of the EU and a relatively stable democracy, there are significant weaknesses in its overall anti-corruption and accountability framework that threaten to undermine Slovakia’s progress toward more open and democratic governance.”

Slovakia’s highest scores were in the fields of media independence, non-governmental organisations, access to information and the work of the ombudsman. But, according to the report, significant weaknesses still pose a hindrance to democracy, including issues such as low law enforceability, insufficient control over the financing of political parties and national budgetary processes.

Nathaniel Heller, Global Integrity’s executive director, said that Slovakia has no effective laws in place to deal with conflicts of interest or the control of political parties’ financing.

“Despite a healthy voting and election integrity system, the regulations that govern political financing continue to be ineffective,” the report reads. “An independent auditing body to monitor the financing of political parties and individual candidates does not exist, and not all political parties disclose their donations.”

The GIR gave the effectiveness of regulations governing the financing of political parties the extremely low score of 4 out of 100.

“The legislation needs to be improved, but then we also need to focus on preventing political interference in the work of bodies that are supposed to be independent,” Zuzana Wienk of the Fair-Play Alliance watchdog told The Slovak Spectator.

Wienk said that there is a need for an independent body that would audit the financing of political parties, that crimes connected with political financing have to be covered in the Penal Act, and that the police have to be willing to prosecute these crimes.

Transparency International Slovakia (TIS) also supports the creation of an independent audit body that would watch over conflict-of-interest cases and political financing.

“Conflicts of interest will be dealt with justly and effectively once it’s no longer a case of politicians keeping an eye on other politicians,” said Gabriel Šípoš, director of TIS.


Conflicts of interest in the judiciary

While Slovakia's ombudsman and audit agency, and its business, tax and customs systems earned healthy ratings, the accountability mechanisms that oversee the judiciary, executive and legislature are weak, the report states. National-level regulations for conflicts of interest among judges, for instance, are poorly enforced.

According to Wienk, the recent amendments to legislation on the judiciary, passed by the Iveta Radičová government, have brought significant changes but there is still room for improvement, particularly in the area of disciplinary proceedings against judges.

“In my opinion the problem is that the judiciary is ruled by power and financial groups and the state is no longer able to guarantee law enforcement,” said Wienk.

The judiciary received a mediocre-to-poor score in the 2009 GIR, while regulations governing conflicts of interest in the judiciary were ranked only 36 out of 100.

Another issue that ranked very poorly (2 out of 100) was the lack of legislation protecting state employees who blow the whistle on their superiors’ misconduct. At the moment such a law does not exist.

“[Whistleblowers] cannot be sure that they won’t be transferred to another position or that their wife will not lose her job,” said Heller, as quoted by the SITA newswire.

Šípoš, however, believes that, rather than legislative changes, what is most needed at the moment is a change in politicians’ attitude towards whistle-blowing.

“Instead of silence or doubts about bureaucrats who uncover suspected corruption, there is a need for moral support on the part of politicians,” Šípoš told The Slovak Spectator. He listed past examples, such as a case in the state forestry company, and the abuse of motor fuels at the department for the protection of state officials, where political support for the whistle-blowing employees was lacking.

Šípoš said that rewarding whistleblowers with a payment from the money they helped the state save, as the American Fair Claims Act does, would be a viable solution to the problem.

The GIR said that the capacity to monitor the national budgetary process is concentrated in the executive branch in Slovakia and that, while civil society is robust, the government has demonstrated little interest in engaging with civil society organisations and involving them in the policy-making process.

“Formal tools are at our disposal, but are not used well,” said Wienk.

Although she admits the situation has changed since the last elections she said there are still areas that could use improvement; the public could be informed more in advance about proposed measures, for example, and more time could be provided for public review.

However, Šípoš said that there has been a big change in the fight against corruption and that TIS had been invited to cooperate with ministers in creating new rules for public procurement and financing of political parties.

“Under the last government any criticism from our part resulted in us facing accusations of being politically motivated,” said Šípoš.