MARKET watchers worldwide are fixing their sights on earthquake-stricken Japan and trying to estimate the impact the catastrophe might have on the world’s third largest economy, and its subsequent worldwide effects. Observers noted that the earthquake instantly affected global financial markets and said that even markets in central and eastern Europe felt some heat from risk-averse global investors. 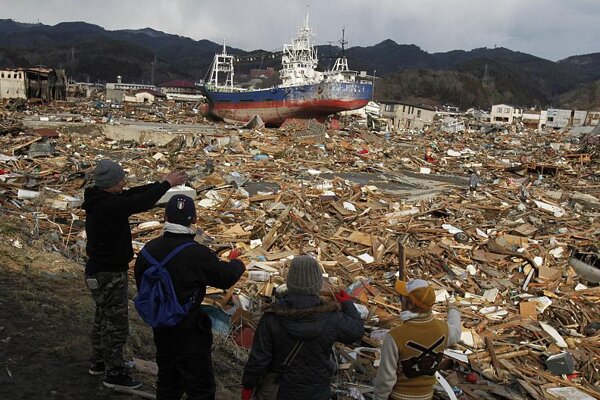 MARKET watchers worldwide are fixing their sights on earthquake-stricken Japan and trying to estimate the impact the catastrophe might have on the world’s third largest economy, and its subsequent worldwide effects. Observers noted that the earthquake instantly affected global financial markets and said that even markets in central and eastern Europe felt some heat from risk-averse global investors.

There are no accurate calculations or estimates for the damage that Japan has suffered and market watchers say it is too early to say how much the earthquake and its aftermath will affect Japanese growth. The more optimistic suggest a loss of about 0.1 percent in GDP growth.

Japan is the third largest economy in the world and the fourth most important trading partner of the United States. These two relationships are the most important when assessing the impact of events in Japan on the recovery of the global economy, according to Volksbank Slovensko chief economist Vladimír Vaňo.

Meanwhile, rating agency Standard & Poor’s said on March 16, as quoted by Reuters, that Asian economies will record another year of solid growth in 2011 after 2010 proved that Asia is emerging from the economic downturn in a strong position even as the economic picture for Japan after the earthquake remains less clear.

The earthquake immediately affected financial markets: in its first three trading sessions after the disaster the Japanese Nikkei 225 share index plunged by over 20 percent to its lowest levels since last April, said Vaňo. He added that at first the Pacific region, but later stock markets in the USA and Europe, also felt the pain.

According to the analyst, even markets in central and eastern Europe felt the heat from the aftermath of the Japanese earthquake. With global equity markets under pressure, the risk aversion of global investors shot up dramatically to the highest levels since last summer, following the Greek debt crisis, as measured by the VIX index of volatility. As a result, regional currencies came under depreciation pressure.

As far as Slovakia is concerned, direct trade links reflect its geographic distance from Japan: last year a nominal 0.1 percent of total Slovak exports were directed to Japan.

“Though direct trade links might be considered negligible, Japan holds a significantly more important foothold in Slovakia as a source of foreign direct investment: Japanese companies have invested over €60 million in Slovakia, though that is also less than one percent of total FDI stock invested in the country,” Vaňo said. “However, Slovak facilities of Japanese multinational corporations are producing for the 330-million-plus eurozone market and the 500-million-strong market of the EU, hence their fate and the outlook for Slovak employment in these facilities is more directly linked with the strength of recovery in [Europe].”

According to Vaňo, thanks to its membership of the eurozone, Slovakia avoided the direct impact that was felt in the region through the depreciation of local currencies.

“The most direct impact of events in Japan on Slovakia is a potential weakening of the hawkish determination of the European Central Bank, which only a fortnight ago signalled its readiness to start normalising rate hikes of its key interest rate from its all-time lows. Should Japanese events undermine global recovery, this is the major direct impact that this situation might have on Slovakia,” Vaňo said.

The earthquake and ensuing tsunami directly affected an area of Japan accounting for an estimated 8 percent of the whole country’s GDP. Suspension of production at factories, the negative impact on domestic consumers, and interruptions to electricity supplies, including rolling blackouts, will exert a negative drag on the Japanese economy, according to Vaňo.

On the other hand, in line with the “broken window fallacy”, one can expect significant reconstruction outlays, which will show up positively as investment growth in Japan’s GDP statistics, he added.

Will Slovakia feel any benefit from Japan’s reconstruction efforts?

“As far as the direct involvement in reconstruction work is involved, that is a question for Slovak construction companies,” Vaňo responded.

The shutdown of almost a third of Japan’s oil-refining capacity, the anticipated increase in demand from oil-fired power plants, but also higher consumption of fuel for reconstruction as well as imports of raw materials might, however, exert upward pressure on the price of oil, he added.

“Necessary imports of raw materials for reconstruction would also represent further demand pressure for other industrial commodities,” Vaňo told The Slovak Spectator. “With respect to commodity markets, though, much will depend on if, and to what extent, recovery in global growth is delayed by the earth-shattering events in Japan.”