THE FINAL figures for car sales in Slovakia in 2010 have returned a positive surprise: even though they lagged well behind the record set in 2008, not to mention sales last year, they exceeded market expectations. Sales of new cars rose strongly during the final months of 2010, indicating that the car market is recovering from the crisis and that the appetite of Slovak drivers for new cars is growing. 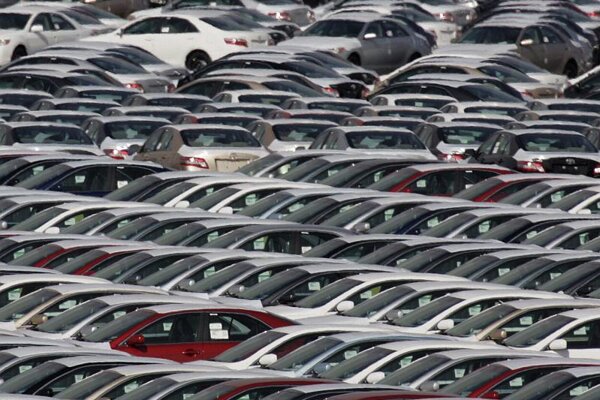 THE FINAL figures for car sales in Slovakia in 2010 have returned a positive surprise: even though they lagged well behind the record set in 2008, not to mention sales last year, they exceeded market expectations. Sales of new cars rose strongly during the final months of 2010, indicating that the car market is recovering from the crisis and that the appetite of Slovak drivers for new cars is growing.

“The almost 71,000 cars and small utility vehicles sold in 2010 was for me a small positive surprise because we did not expect such a number,” Jozef Uhrík, president of the Automotive Industry Association of the Slovak Republic (ZAP SR), told The Slovak Spectator. “I expect car sales will follow an upward trend in 2011. “

The registration of new passenger cars and small utility vehicles weighing up to 3.5 tonnes totalled 70,951 units in 2010, down from the 2008 record level of 96,897 units. The car-scrapping bonus scheme helped maintain car sales in 2009, when a total of 90,426 new cars were registered in Slovakia. However, the scheme may have affected car sales in 2010, when sales fell by 21.54 percent compared with 2009.

According to Uhrík, sales in 2010 were propelled in particular by companies. After halting the renewal of their car fleets during the crisis, they started to replace old vehicles last year.

With regards to the ratio between new and used vehicles sold in Slovakia last year, Uhrík does not think that Slovakia differs significantly when compared with other European countries, even though the situation in each of them is not identical.

“Thus I do not see any significant matters in terms of this,” Uhrík said, adding that instead there is an expectation that sales of new and used cars will hover around the ratio of 1:1. He added that the main players in the car sector in Slovakia would welcome it if the market for used cars were to consist mainly of cars used in Slovakia, i.e. from the renewal of local car fleets, and not of foreign imports.

AAA AUTO, one of the biggest sellers of used cars in Slovakia, sold a total of 10,512 cars last year. Compared with the previous year this represented an annual increase of 13 percent, with sales rising by almost 45 percent year-on-year during the final quarter of 2010.

“2010 was atypical from the viewpoint of seasonal influences,” Karolína Topolová, vice-president of AAA AUTO, told The Slovak Spectator. “At the beginning of the year consumers postponed their decisions over car purchases in expectation of the further development of the economic crisis. From the beginning of May our company started to register increases in sales, which exceeded 2009 levels in every month.”

At AAA AUTO the most-sold used car last year was the Škoda Fabia (with metallic silver the most popular colour), followed by the VW Passat, Peugeot 206, Renault Thalia and Fiat Punto.

“The category of SUVs became the jumper of the year, with sales ballooning by as much as 29 percent over the year,” Topolová said. “Compared with 2009, the interest in diesel engines increased by over one third as a consequence of lower diesel prices.”

The beginning of 2011 saw a continuation of the upward trend in car sales which had begun in the last few months of 2010. The number of new registrations of passenger cars and small utility vehicles of up to 3.5 tonnes grew by over 20 percent during the first two months of 2011. In January car sales in this category rose 21.8 percent y/y to 4,772 cars, and in February by 21.61 percent y/y to 5,243. In spite of this robust growth, sales are still well short of the records set in the last few years: as recently as February 2008 monthly new car sales stood at 7,375 units. Nevertheless, ZAP sees the beginning of this year as promising compared to the first months of previous years, which were marked by stagnation, or decrease.

With regards to the February chart of the most popular cars in Slovakia, Škoda managed to keep its traditional first place, with a market share of 19.71 percent.

“Compared with the same period of 2010, in January we sold 118 percent more passenger cars,” Busquet said. “We believe that this positive trend will continue for the whole of 2011.”
With regard to prospects for 2011 AAA AUTO is cautious, but as sales in the first two months have exceeded all expectations the company hopes that the trend will continue for the whole year.

“Assuming no unexpected change in the market, we expect that our sales could increase by 12 percent in Slovakia,” said Topolová.

With regards to the current interest of Slovak used-car buyers, they are searching for cars with up to 80,000 kilometres on the clock, with a full service book and a traceable history. This is why AAA Auto has increased the share of such cars it offers to approximately 30 percent. It says interest is rising in all types of Škoda cars, but also in SUV models, multi-purpose vehicles and estate cars. Sellers of used cars are also reporting increased interesting in luxury cars.